As toxically regressive in its politics as it is impeccable in its tailoring, The King’s Man is a jaunty, ludicrous romp through an alternative history of pre-World War II Europe. It is a film that is desperate to convince us that both British haberdashery and that country’s imperialism and aristocracy are among the greatest things the world has known since clotted cream.

But if you don’t think about it too much—and this, like the other two entries in director Mathew Vaughn’s aggressively R-rated Kingsman film series, is an open invitation not to think—the movie can also be lot of fun.

This is, after all, an opportunity to witness consummate film professional Ralph Fiennes—here in a linen safari suit, blue smoking jacket, and other swoonworthy attire—playing the Duke of Oxford, using his sword cane and his pluck to dispatch similarly natty foes. (Even the bad guys in this movie get to wear tartan pants and fur collared overcoats). Fiennes endeavors upon this silliness with the same boldhearted commitment and seriousness of purpose as he would playing Hamlet for the Royal Shakespeare Company.

Then there is Rhys Ifans as a cartoonishly crass Grigori Rasputin, a member of an evil cabal who plots the overthrow of polite society (i.e., Great Britain, and literally no one else). Draped in Alan Moore drag, the consummate Welsh scene-stealer not only gets to sword fight in the style of souped-up Slavic folk dances, but faith heals while sounding like a didgeridoo.

Did I mention that Tom Hollander does triple duty as King George, Kaiser Wilhelm, and Czar Nicolas? The Bohemian Rhapsody star, in keeping with the The King’s Man’s myopic world view, plays the first one as a gentleman, and the latter two as buffoons.

There is slightly less gore than we have come to expect from the Kingsman franchise— though every knife plunge and bullet to the head is accompanied by the familiar gushing slush sound that echoes an overflowing Slurpee machine. The attempts at humor are fewer as well, and most fall flat.

The set pieces, on the other hand, can be both thrilling and imaginative.

A silent knife fight amongst soldiers trapped between two opposing trenches on a World War I battlefield and featuring the Duke’s gung ho son Conrad (Harris Dickinson, the doe-eyed prince in Maleficent: Mistress of Evil) is the stuff nightmares. And who knew how necessary it is to witness Fiennes’ character balancing on a sputtering biplane wing or dangling off an icy mountain ledge like some early 20th century Tom Cruise?

In its best moments, The King’s Man feels like you and your friends have just dumped out your great grandfather’s dusty crate of tin soldiers to create a game that has no rules whatsoever beyond doing something ridiculous.

But the movie’s politics? Ugh. They are the cinematic equivalent of your British uncle complaining about cabbies with foreign accents or claiming that Brexit didn’t go nearly far enough.

Maybe it’s best just to tune him out and focus instead on his windowpane waistcoat. It’s exquisite. 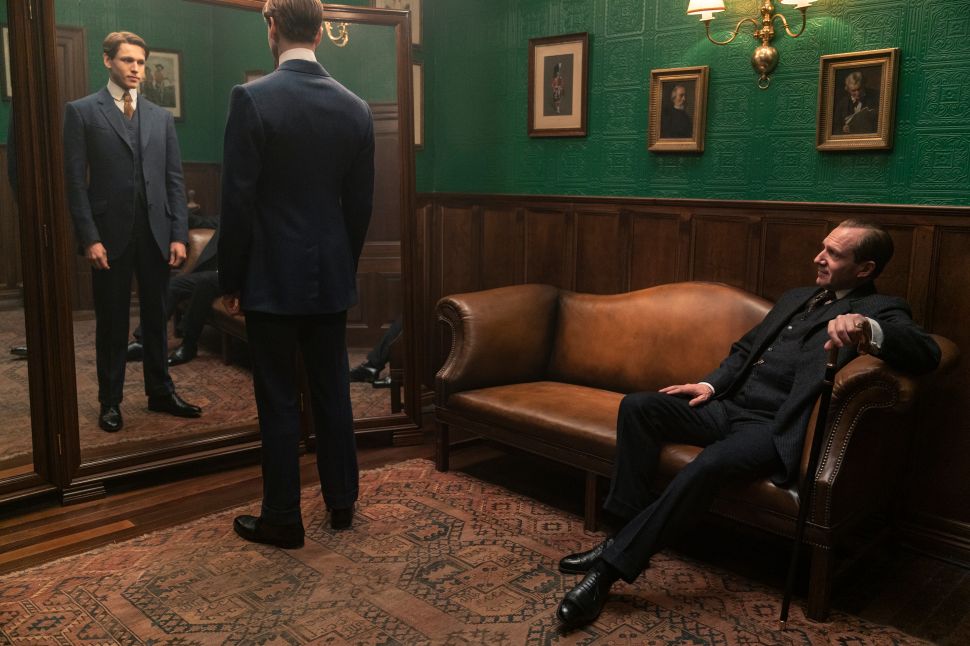