There is perhaps no relationship more fraught than that between a mother and her daughter, and in The Lost Daughter that tension becomes so brittle it snaps. The film—written and directed by Maggie Gyllenhaal—is based on Elena Ferrante’s 2006 novel of the same name, a revelatory glimpse of what it can mean when a mother rejects her maternal role. This is Gyllenhaal’s directorial debut, and in her capable hands the story is purposefully hazy, unfolding in both present day and disjointed flashbacks, opening space for the audience to question the behavior of these characters and the societal pressures driving their actions.

The film opens with Leda (deftly played by Olivia Colman), traveling alone to a seaside resort in Greece. Leda seems pleasant enough; she also becomes obsessed with watching a young mother, Nina (Dakota Johnson) and her daughter on the beach. Her observation of the two—and a questionable intervention in their lives—leads Leda to recall her own years as a young mother of two daughters. The narrative unfolds slowly, sometimes with unassuming scenes becoming more tumultuous than they initially appear, and at its core The Lost Daughter is a character study of a woman grappling with her past decisions.

On the beach, Leda remains aloof from the other vacationers. It’s only once Nina’s daughter wanders away, and Leda offers to help, that Leda begins to get more involved in her surroundings. But even as she agrees to have dinner with a local named Lyle (Ed Harris) and converses with resort worker and university student Will (Paul Mescal), Leda continues to edge away from the world around her. Through flashbacks begin to understand what makes her so interested in Nina and why she steals and hides a doll belonging to Nina’s daughter.

The younger Leda is embodied by Jessie Buckley, an actress who always seems on the verge of getting the attention she deserves. Buckley’s Leda is a frustrated wife and mother who wants more than the world inside her messy apartment. She’s short-tempered with her children, rarely nurturing, and it’s painful to watch. Assumptions about motherhood grate against what appears on screen, a clever move by Gyllenhaal. Are mothers required to be nurturing? Should they give up their own desires in service to their children? And do women need to become mothers at all? These difficult questions—Gyllenhaal doesn’t necessarily set out to answer—will linger with the audience, reminding us of the preconceived notions we bring to the story.

Shot by cinematographer Hélène Louvart, The Lost Daughter is raw and sometimes gritty, embracing a visual style that is simultaneously disconnected and intimate. Observing Leda’s journey, both in her flashbacks and as she stumbles into Nina’s orbit, is not always pleasant, but it’s deeply compelling. The tension that builds between Leda and Nina, who is testing the limits of motherhood herself by engaging in an affair with Will, is electric.

An ominous sense pervades the entire film. The audience is always waiting for something bad to happen, but perhaps the worst has already occurred, all those years in the past. Leda projects her experiences onto Nina, meddling in ways that feel counterintuitive to her actual desires, and the result is both horrifying and impossible to look away from. In the best possible way, The Lost Daughter is like a car crash in slow motion, with the audience powerless to stop the mistakes being made all around. Or maybe it’s only our preconceived notions that suggest all of Leda’s actions are actually mistakes.

It’s a dangerous game to question what it means for a woman to reject motherhood, but Gyllenhaal never flinches. And it’s a subject cinema should embrace more. We’ve seen glimmers of it previously, in films like Kramer vs. Kramer, but movies tend to center more on the relationship between parent and child, rather than on the struggle of the parent with their own parental role. Some films are meant to generate empathy; The Lost Daughter delivers something more jarring. We may not sympathize with Leda, but we can understand her. And if we can understand her, how does that change our perception of what motherhood has to be? Gyllenhaal, directing for the first time, makes the case that it’s a question worth exploring. 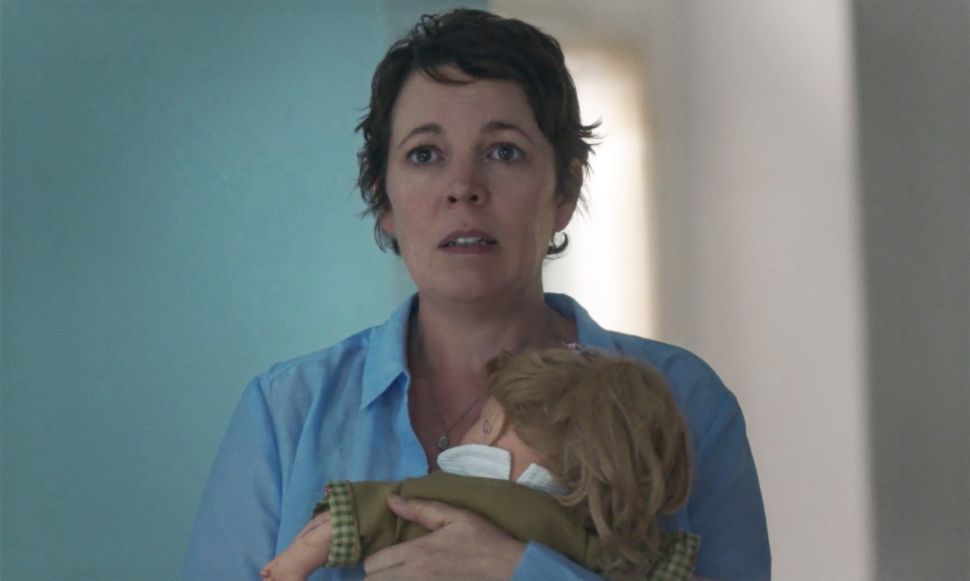