The new Matrix movie is about itself, it is about nothing, and it is about the world we live in—though in noticeably less profound and creative ways than the first film was 22 years ago.

Upon occasion, The Matrix Resurrections is also about the profound connection between Neo (Keanu Reeves), an erstwhile hacker now known the world over as a celebrity video game designer, and Trinity (Carrie-Anne Moss), a one-time rebel who now appears to be a happily married mother. But rather than serve as a much needed emotional through line in this convoluted narrative, their once romantic and still palpable bond—conveyed in glances shared over coffee drinks at a cafe called Simulatte—provides a largely listless movie with infrequent sparks of life.

Mainly though, Resurrections is just a bombardment of words. Monologuing bad guys, plot-explaining and philosophy espousing good guys—words tumble out from the screen as readily as shell casings eject from the movie’s many submachine guns and assault rifles.

Many of the words are meant to provide meta-textual analysis about the nature of the film’s existence and sequels more generally. Others are intended to explain away the various convoluted reasons this story has landed in the place that it has. (Trinity, for example, died pretty convincingly in 2003’s The Matrix Revolutions, the second of the two crushingly disappointing follow-ups to the original film.)

The net effect of all this techno-philosophic yackety-yak is the not altogether pleasant feeling that you are simultaneously watching a movie while being trapped in an elevator with someone desperate to explain what it’s all about and why you should like it.

The show meant to counterbalance this copious tell is all an attempt to push forward innovations from the earlier film—and the movie does, if only just barely.

Lana Wachowski, who co-created the franchise with her sister Lilly but directs this outing alone, injects excitement into a few of the fight scenes when she forces the time-bending gunplay and martial arts for which the movies are known into close quarters. In the all-out denouement, Neo displays force field powers that bend the negative space between him and his attackers, which come to include nearly every resident of the simulation in which he is entrapped.

But more often the action just feels overly familiar. Indeed, nearly everything in this movie—which fittingly features a black cat named Deja Vu—exudes a sense of been there, done that. This includes both the returning performers (it’s safe to say that Reeves has found no further depth to wring out of this reluctant Messiah figure) but most troublingly, the newcomers too.

Playing Neo’s business partner while he is in the simulation and a possible agent working on behalf of the Matrix, Jonathan Groff does a version of both the perhaps-psychologically-corrupted FBI profiler from Mindhunter and the smiling menace he brought to the stage as King George in Hamilton. Yahya Abdul-Mateen II, taking over the reins from Laurence Fishburne as rebellion ringmaster Morpheus, is similarly doing a variation on the off-world galactic mystic he played on HBO’s Watchmen.

Most of the ideas are old too, and those that are new feel half-baked at best or dangerous at worst. Neil Patrick Harris’s gaslighting psychiatrist, for example, could have walked straight out of a Scientology recruitment video.

Moreover, the central conceit of the film— that the only people who matter in this story are Neo and Trinity and everybody else are either fanboys and girls gazing at them adoringly or automatons ready to be turned into zombies who will attack them—only serves to make the Matrix and all it stands for less interesting.

It’s Neo and Trinity’s world, I guess, and we are just here to have this movie—and everybody else, it seems—jabber on and on about it. 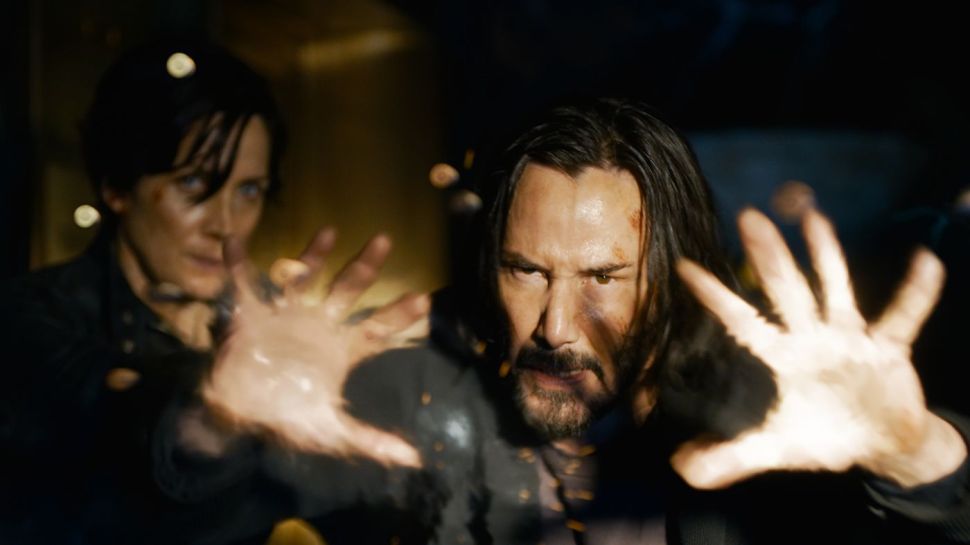