In a move all but guaranteed to generate a sweeping sea change in the art world and beyond, the Metropolitan Museum of Art announced on Thursday that seven exhibition spaces in the museum that bore the Sackler name will no longer do so going forward. The museum made the announcement alongside the direct descendants of doctors Mortimer and Raymond Sackler, the trained psychiatrists who founded the pharmaceutical company Purdue Pharma. The company eventually facilitated the aggressive marketing and sale of OxyContin, the powerfully addictive narcotic at the epicenter of the opioid crisis. For years, the activist group Prescription Addiction Intervention Now (PAIN) has been pushing for museums to reject Sackler donations and renounce all affiliations with them.

“The Met has been built by the philanthropy of generations of donors — and the Sacklers have been among our most generous supporters,” Dan Weiss, the Met’s president, said in a statement. “This gracious gesture by the Sacklers aids the museum in continuing to serve this and future generations. We greatly appreciate it.”

“Our families have always strongly supported the Met, and we believe this to be in the best interest of the museum and the important mission that it serves,” the Sackler descendants said in their own statement. “The earliest of these gifts were made almost 50 years ago, and now we are passing the torch to others who might wish to step forward to support the museum.”

The Louvre removed the Sackler name from its walls in 2019, and the Met announced that it would no longer accept gifts from the Sacklers in the same year. Several other museums, including the Tate locations in London and the Guggenheim Museum in New York, and London’s National Portrait Gallery have also stopped accepting Sackler donations.

Large amounts of attention began to be paid to the Sackler family’s role in the opioid crisis due to the efforts of Nan Goldin, the photographer and activist who founded PAIN in 2017. Over the years, Goldin has staged multiple die-ins and demonstrations at different museums meant to highlight the tragedy of the crisis. Observer reached out to PAIN for comment on the Met’s announcement, and this article will be updated in the event of a response.

Patrick Radden Keefe authored 2021’s Empire of Pain: The Secret History of the Sackler Dynasty. “Hard to overstate the significance of this for other museums & universities,” Keefe wrote on Twitter. “Many institutions around the world that still prominently display the Sackler name have been watching the Met as a bellweather, to determine if inaction remains an option. How is there no domino emoji?” 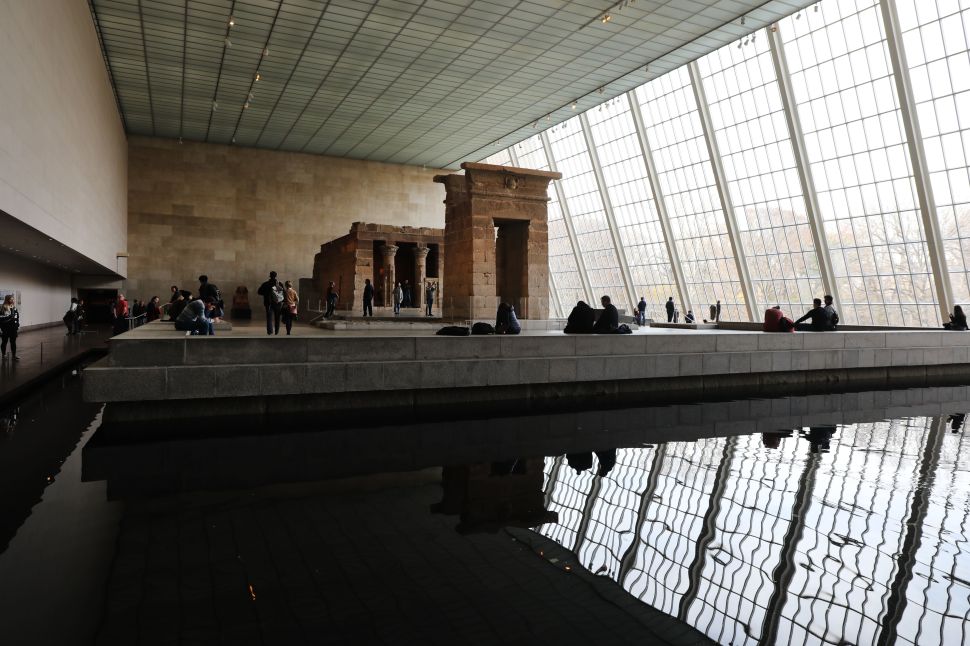