Since the Taliban staged a takeover of Afghanistan over the summer, ongoing questions have arisen regarding the safety and security of the country’s cultural heritage; these concerns have crystallized around the National Museum of Afghanistan, which has reportedly finally reopened. According to the Associated Press, members of the Taliban are indeed acting as guards for the museum, which is receiving between 50 and 100 visitors per day. Additionally, countering previous examples of the Taliban destroying items that constitute the country’s cultural heritage, it seems that Taliban fighters are now appearing to be appreciative of ancient artifacts.

A Taliban fighter named Mansoor Zulfiqar interviewed by the AP was observed using his cell phone flashlight to peer into display cases at the museum, which is evidently poorly lit due to power cuts and a faulty generator. “This is from our ancient history, so we came to see it,” Zulfigar said. “I’m very happy.” Meanwhile, museum director Mohammad Fahim Rahimi and his staff have not received salaries since the summer, and the museum itself, which contains weapons and artifacts dating back to the 18th century, seems undeniably vulnerable.

Dr. Cheryl Benard, the Director of the D.C.-based Alliance for the Restoration of Cultural Heritage, told Observer in September that the organization has “been in communication about cultural heritage protection with Taliban counterparts since the end of 2020, and they have stated that they agree with the need to protect historic sites.” Observer reached out to the Alliance for comment on recent reports, and we’ll update this article in the event of a response.

Since the Taliban takeover in August things haven’t entirely run smoothly: looting was found to have taken place at the Afghan National Archives’ administrative building, and Taliban fighters also reportedly blew up a statue of Abdul Ali Mazari, a Shiite militia leader who fought against the Taliban. More generally, the Taliban have also recently decimated national systems of support for women, girls and survivors of gender-based violence; they’ve gone about this by releasing convicted committers of gender-based violence from prison en masse, closed women’s shelters and eliminated other essential services.

Additionally, the Artists at Risk nonprofit, which consists of “suffering artists of Afghanistan,” published an open letter this week in which they plead for assistance. “Many artists, cultural workers and journalists are in the gravest danger at Taliban hands and are stranded in Afghanistan,” the letter reads in part. “These people need urgent help to leave. There is no future for them in a Taliban-controlled Afghanistan. Instant death will be the inevitable result of defiance and to remain is to be forced to forswear our working vocations, an agonizing form of slow death.” 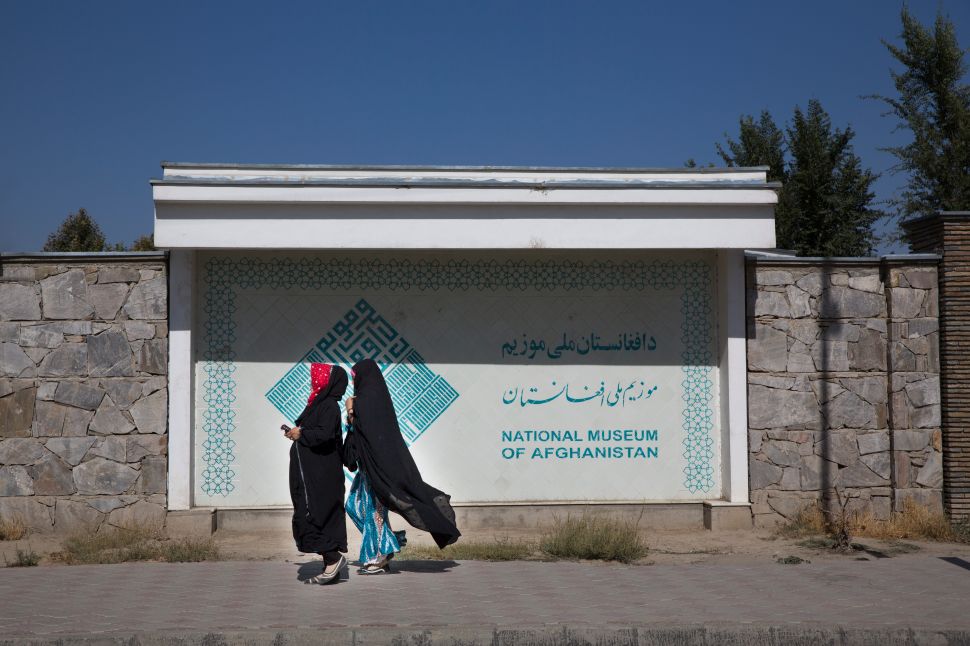