On Sunday, the state of New York clocked a new record when it comes to cases of Covid-19: the positivity rate in New York is now at 8.4%, and the state has logged nearly 22,500 cases. With hours-long testing lines and scant supplies of at-home testing kits once again becoming the norm, it’s natural to wonder what arts institutions in New York are doing to adapt their protocols to suit the recent surge; this question is especially relevant given the increasing ubiquity of the highly contagious Omicron variant. On December 6, Mayor de Blasio announced a vaccine mandate for private sector workers that goes into effect on December 27.

“I do not see a scenario for any kind of shutdown because we are so vaccinated as a city,” de Blasio added in a press conference on Monday. “We don’t want to shut down, we want to vaccinate. Simple as that.” By December 27, children in New York aged 12 and older will have to show proof that they’ve received two vaccine doses in order to gain access to “indoor dining, fitness, entertainment and performance venues.”

The Metropolitan Museum of Art’s official guidelines currently make no mention of Omicron, but they do specify that all visitors over 5 must display proof of at least one vaccination dose in order to enter the museum; the museum’s page also mentions the December 27 mandate. The museum’s official social channels have made no recent mention of the surge.

The Guggenheim’s latest Instagram post is encouraging visitors; of course, museums that have been walloped by Covid-19 shutdowns have every incentive to solicit ticket sales. However, the omission of overt acknowledgement of the present situation seems telling. The Guggenheim’s safety protocols align with the Met’s and New York state’s; the Guggenheim also requires visitors to wear a “three-ply face mask, N-95, or equivalent.”

The American Museum of Natural History is also following December 27 protocols. On the Whitney Museum of American Art’s website, the institution doesn’t make mention of the December 27 protocols, but it does mention the visitors-over-5 rule and necessitates face masks and social distancing. The Whitney has also developed new circulation routes for visitors so as to “support proper physical distancing.”

MoMA and the Brooklyn Museum are also adhering to current New York state guidelines. Generally, however, it seems that New York museums are collectively doing little to nothing to state the obvious: that things are especially dangerous in this state right now, and that anyone thinking about milling around in a public space is assuming even more of a risk than usual. Many restaurants and theaters across New York City are at least taking the step of shutting down temporarily. It remains to be seen whether any museums will elect to do the same. 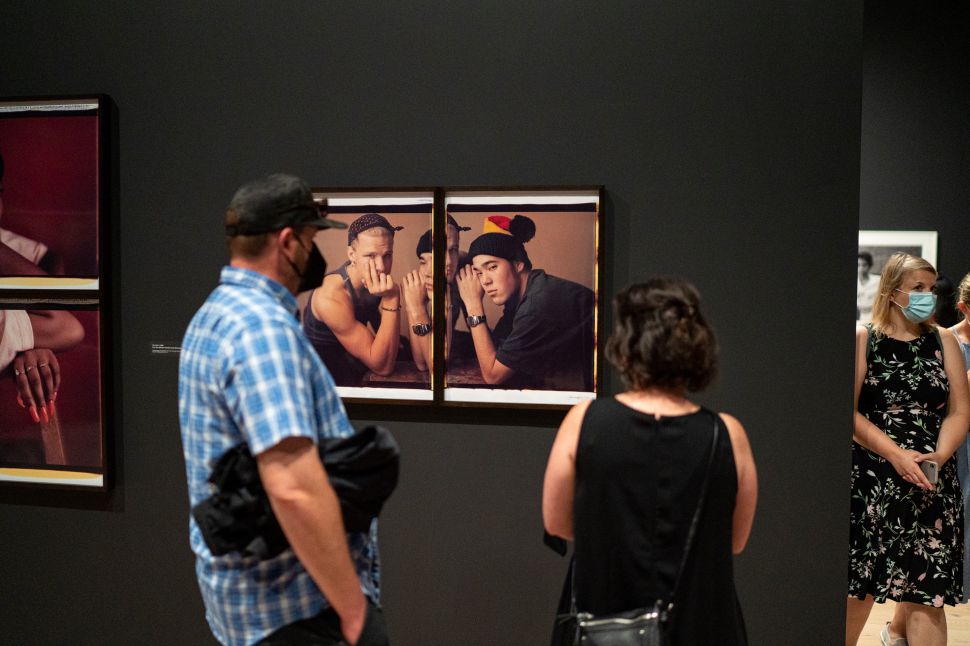