Another week, another set of premieres for your bingeing pleasure. There’s new seasons, new shows, and new movies. Whether you want to watch a beefy fantasy series (hello, Henry Cavill in The Witcher) or sit through a tearjerker, the streaming platform powers-that-be have plenty of great content to offer.

One of Netflix’s biggest shows finally returns for Season 2 this week. While the first season saw monster-hunter Geralt, the magical Princess Ciri, and sorceress Yennefer largely separated from each other until their stories fatefully converged, the newest installment of The Witcher will put all three together at last. With new partnerships, new magical creatures, and some new battles, Season 2 promises to be bigger and better this time around. Plus, there will certainly be some more shirtless Henry Cavill along the way. The Witcher Season 2 premieres Friday, December 17th.

The Hand of God

If you yearn for a Call Me By Your Name-esque coming-of-age tale that takes place in 1980s Italy, then Italian auteur Paolo Sorrentino has the movie for you. The Hand of God focuses on young Fabietto, a teen with academic goals in philosophy. When family tragedy strikes, he turns to the movies and sports to escape (luckily his local Naples football club is about to be spiced up by the arrival of legend Diego Maradona). The Hand of God is available to stream in all of its artsy-ness now.

For lovers of the offbeat and inventive, the mockumentary-slash-thriller-slash-comedy The Nowhere Inn should check plenty of boxes. It’s written by and stars Annie Clark (better known as the musician St. Vincent) and Carrie Brownstein (known both for her music in Sleater-Kinney and her comedy in Portlandia), and it ostensibly functions as a concert tour documentary—but it descends into a strange pit of self-exploration from here. If that doesn’t get you interested, then maybe Dakota Johnson as Clark’s love interest or a slew of new songs by St. Vincent will. The Nowhere Inn will be available to stream starting Friday, December 17th.

If you haven’t paid attention to your local AMC theater’s pre-show ad, let me be the first to tell you: it’s the season of Nicole Kidman. This week, she brings spunk, drama, and her undeniable acting prowess to writer-director Aaron Sorkin’s Being the Ricardos. The film focuses on one pivotal week in the lives of I Love Lucy stars Lucille Ball and Desi Arnaz as accusations of adultery and communism threaten the sitcom. Kidman gets to reimagine some of Ball’s greatest scenes of physical comedy, but she really shines in the meatier emotional moments across from Javier Bardem’s Arnaz. Being the Ricardos premieres Tuesday, December 21st.

HBO’s newest show imagines a sickly future, complete with a cult and a performance troupe. Station Eleven is a sci-fi series that carries countless COVID implications (production was halted for a while when the pandemic hit); in this world, a flu pandemic has decimated civilization. Mackenzie Davis leads her pack of performers through the “new normal” of their lives, as the story dedicates itself not to the disease but to its aftermath (comparisons to another HBO favorite, The Leftovers, have already been drawn). Station Eleven premieres Thursday, December 16th.

Two-time Oscar winner Mahershala Ali plays two leading roles in Swan Song. The drama centers on husband and father Cameron, who is offered the chance to make a carbon copy of himself after he’s diagnosed with a terminal illness. Things get complicated as Cameron and his clone meet face to face, each man forced to grapple with existence as one nears death and the other has just been born. Aside from Ali’s double-duty role, the cast is rounded out with Naomie Harris, Awkwafina, Adam Beach, and Glenn Close. Swan Song premieres Friday, December 17th.

Keeping Watch is regular endorsement of TV and movies worth your time. 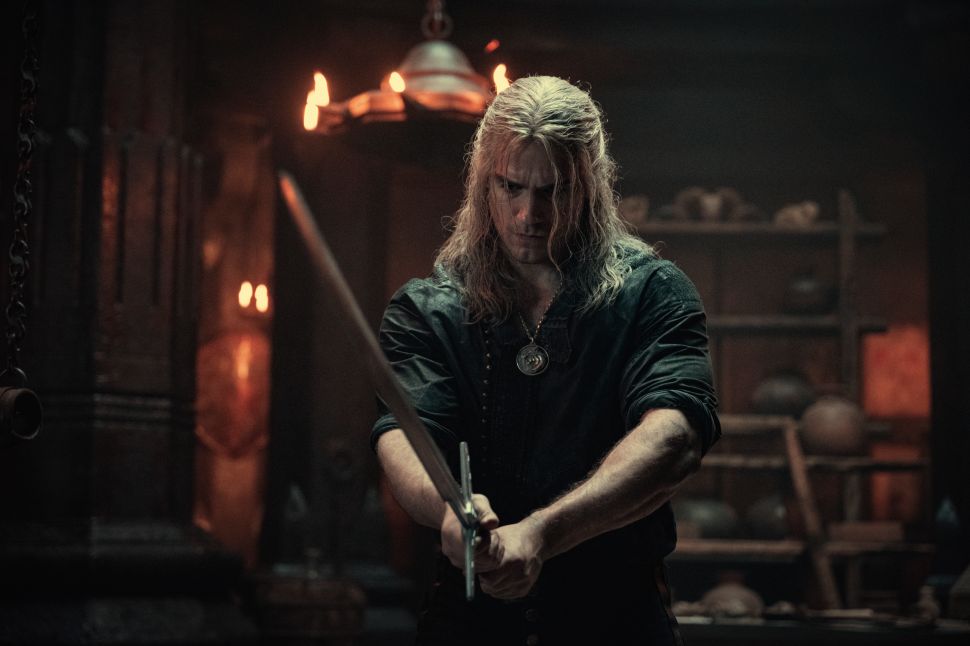