And just like that . . . it’s almost the end of 2021. With Christmas barreling towards us like a sleigh pulled by eight eager reindeer and New Year’s just around the corner, here’s your last chance to catch some content and your first shot at watching plenty more. This week is giving the gift of new shows, new movies, and hopefully some new cult favorites, so happy holidays and enjoy your streaming!

What to watch Netflix

For a television blockbuster that’s as light and fun as any Christmas movie, the second season of Emily in Paris arrives this week. The show injects plenty of fashion and French-ness into its fish-out-of- story, making Emily’s journey from the Midwest to Paris all the more fun. The new season will show off Emily’s increasingly complicated love life—who doesn’t love a messy romantic triangle?—as well as give viewers some more backstory on their favorite Parisian American. Emily in Paris Season 2 premiered Wednesday, December 22nd.

Don’t Look Up is Vice and The Big Short (and Step Brothers and Anchorman) director Adam McKay’s newest project, and if his resume doesn’t get you intrigued, then maybe our review or the beyond star-studded cast will: Leonardo DiCaprio, Jennifer Lawrence, Meryl Streep, Jonah Hill, Cate Blanchett, Tyler Perry, Timothée Chalamet, Ariana Grande . . . the list could go on for the rest of this column. This farcical political satire that takes aim at climate-change denial follows two astronomers who discover that an asteroid is rocketing towards Earth, but no one in any position of power is willing to take them seriously. Don’t Look Up premieres on Friday, December 24th.

If Squid Game made you eager for Netflix’s next big K-drama, then The Silent Sea should tickle your fancy. In the not-too-distant future, the world is drying up at a rapid pace, and the planet’s only hope lies within a mysterious base on the moon. A small, elite group of scientists and astronauts must travel to this base, where they are met with secrets, horrors, and hopelessness. The sci-fi show looks like a cross between Alien and Interstellar, and it features popular actors like Gong Yoo and Bae Doona. The Silent Sea premieres Friday, December 24th.

The Jinkx and DeLa Holiday Special

For some good old(ish)-fashioned holiday fun, try last year’s Jinkx and DeLa Holiday Special. Helmed by RuPaul’s Drag Race favorites Jinkx Monsoon and BenDeLaCreme, this is a variety show spectacular made up in the finest holiday drag. It’s tastefully distasteful, with plenty of laughs, snappy song-and-dance routines, and sentient eggnog. If you want a Christmas romp that breaks away from Lifetime and Hallmark traditions, this is the show for you. The Jinkx and DeLa Holiday Special is available to stream now.

This lovely new series injects the holidays with a unique rom-com flavor. With Love is a charming, family-oriented show from Gloria Calderón Kellett, the same woman who turned One Day at a Time into a lauded example of Latinx representation and a wonderful family sitcom. With Love sees each episode focus on a different big holiday for the Diaz family, where break-ups, make-ups, celebrations, and family traditions all unfold. The series opens on Nochebuena, or Christmas Eve, making this week a good time to jump in and start your binge. With Love is available to stream now.

Should you want to enjoy an all-new blockbuster from the comfort of your home, HBO Max has you covered with The Matrix Resurrections. Twenty years after the original Matrix series (which you can currently stream here), Keanu Reeves is back where he started: living life as Mr. Anderson in San Francisco. This time around, he’s being prescribed a blue pill by a therapist who seeks to subdue his strange visions of the Matrix. Actresses Carrie-Anne Moss and Jada Pinkett Smith reprise their roles as Trinity and Niobe, respectively, while new faces include Yahya Abdul-Mateen II (the new Morpheus), Neil Patrick Harris, and Jessica Henwick. The Matrix Resurrections premieres on streaming and in theaters on Wednesday, December 22nd.

Just two years ago, cinematic history was made with the release of Tom Hooper’s bomb-tastic Cats. It’s been a long 24 months since, with a pandemic and a presidential election among other things, but take an hour or two to let this wonder bring you back to the heyday of 2019. What other movie could make such extensive use of digital fur technology and such minimal use of Taylor Swift? Cats is an utterly absurd entertainment experience that I hold near and dear to my heart, so why not enjoy it with your loved ones this holiday season before it’s gone? Cats will be available to stream until the end of the month.

The Book of Boba Fett

Mysterious bounty hunter and Star Wars fan favorite Boba Fett finally gets his own starring vehicle with The Book of Boba Fett. The series promises to showcase Boba Fett and his mercenary partner Fennec Shand as they try to take over the intergalactic underworld once ruled by Jabba the Hutt. It should be a slightly grittier take on the galaxy than seen in The Mandalorian, but directors Jon Favreau, Robert Rodriguez, and Bryce Dallas Howard are all returning to the Star Wars universe by helming some Boba Fett episodes too. The Book of Boba Fett’s first episode premieres Wednesday, December 29th. 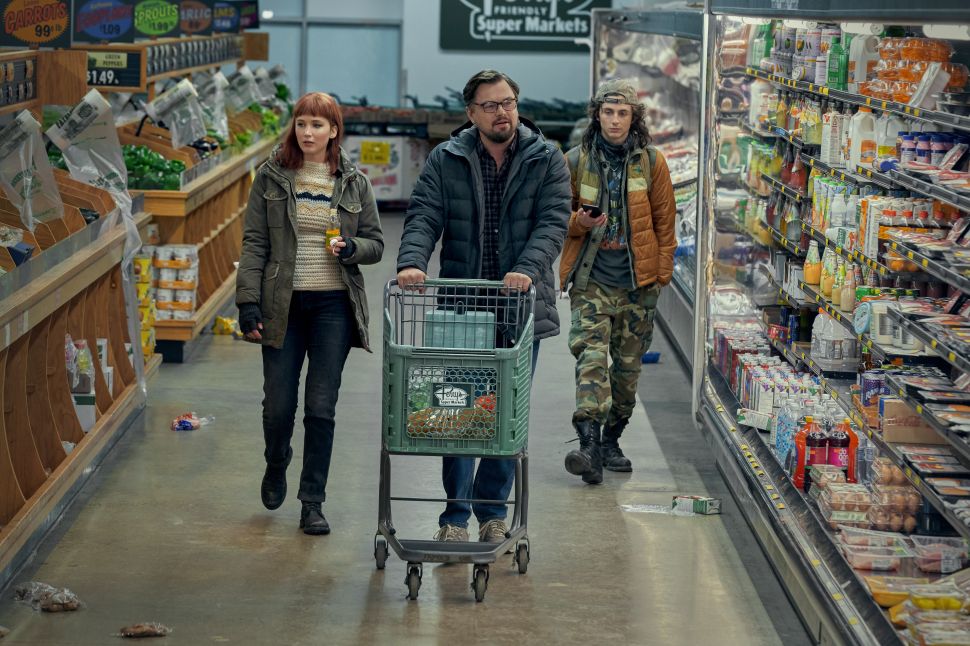