According to new reports, after it was discovered at an auction in the city last year, Madrid will have an opportunity to purchase a work believed to have been made by Caravaggio. In March of 2021, the painting, which had been up for sale in Madrid and priced at a measly $1,800, was pulled from its auction after researchers determined that there was sufficient evidence to label The Crowning of Thorns as having been made by Caravaggio. Currently, the painting is protected under the ownership of the children of Antonio Pérez de Castro, the founder of the IADE design school in Madrid.

The painting itself depicts a bloodied, Christ-like figure at the center of the frame; behind him, a supplicant is in the act of wrapping a red robe around the figure’s pale shoulders. At present, the restoration of the painting is being overseen by the Colnaghi gallery, which was commissioned to complete the project the previous year. Colnaghi is New York and London-based but is in league with the Madrid-based gallery Coll & Cortés.

“The best work will be done by Colnaghi but the work will still need to be scrutinized by the ministry [government],” dealer Giancarlo Ciaroni told The Art Newspaper. “There is a very high probability that it will be purchased by the Spanish state; the [purchase] figure will not be as high as if it were on the international market. The value is very difficult to establish in these cases as it is the result of countless variables.”

However the restoration project unfolds, it’s undeniable that Spain has an abysmal recent track record when it comes to under-the-radar restorers making utter messes of irreplaceable masterpieces. In November of 2020, a a stone figure of a woman and her livestock attached 20th-century building in Palencia, Spain was essentially melted beyond recognition by an inept restorer.

In June of the same year, a collector in Valencia was charged $1,360 by a furniture restorer for a cleaning job of Immaculate Conception by Bartolomé Esteban Murillo, a process which left him with a completely destroyed canvas. Of course, there’s a huge difference between restorations completed by small businesses and restorations undertaken by vastly influential galleries, but nevertheless, the reputation restorers in Spain have cultivated recently is less that extraordinary. Here’s hoping the would-be Caravaggio doesn’t suffer a smeary, melted fate. 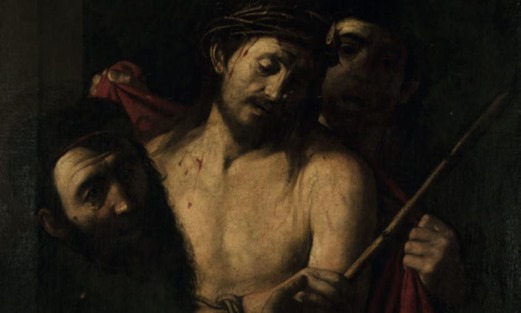