Adele is starting off the new year with a splashy purchase. The Grammy Award-winner is adding a palatial home to her Los Angeles real estate portfolio, and this one comes with a celebrity pedigree.

The Easy on Me singer is reportedly in the midst of buying Sylvester Stallone’s Beverly Hills mansion, according to TMZ. Adele is now in the “inspection phase of escrow,” and the deal is expected to close later this month, per the tabloid. Adele is reportedly doling out a hefty $58 million for the 3.5-acre estate, and while that’s a huge number, it’s actually a serious discount from the current $80 million asking price.

It’s also a major reduction from the staggering $110 million that Stallone initially listed the sprawling eight-bedroom, 12-bathroom estate for back in January 2021.

Stallone has owned the property since the mid-1990s, and built the custom 18,587-square-foot Mediterranean-style mansion from the ground up. The compound is super secure; it’s situated behind private gates, within a guard-gated community.

An imposing two-story foyer leads into the home. The kitchen is outfitted with double marble-topped islands, counter seating and a breakfast nook that’s situated by French doors, which open up to the backyard. There is also a formal dining room and a formal living room with a fireplace and even more French doors, in addition to a cozy family room.

The home is ideal for entertaining, thanks to a custom bar, a cigar room and a screening room with a fireplace. There’s also a gym, per the listing held by Compass broker Tomer Fridman.

The primary suite is outfitted with two bathrooms, a sauna and a steam room, as well as a private office with a terrace.

While there’s plenty of space in the main residence, there’s also a two-story guesthouse that contains two bedroom suites, along with a private living room and dining room.

Outside, there’s an infinity pool and spa adjacent to lounging areas and patios with a fire pit. There’s also a putting green and an art studio.

Adele, who moved from the U.K. to Los Angeles several years ago, is quite familiar with the neighborhood, as she already owns three other properties in Beverly Hills; two of the mansions are right next door to each other, while the other is across the street. While Stallone’s mansion isn’t on that very same street, it’s still less than four miles away from Adele’s other three homes. 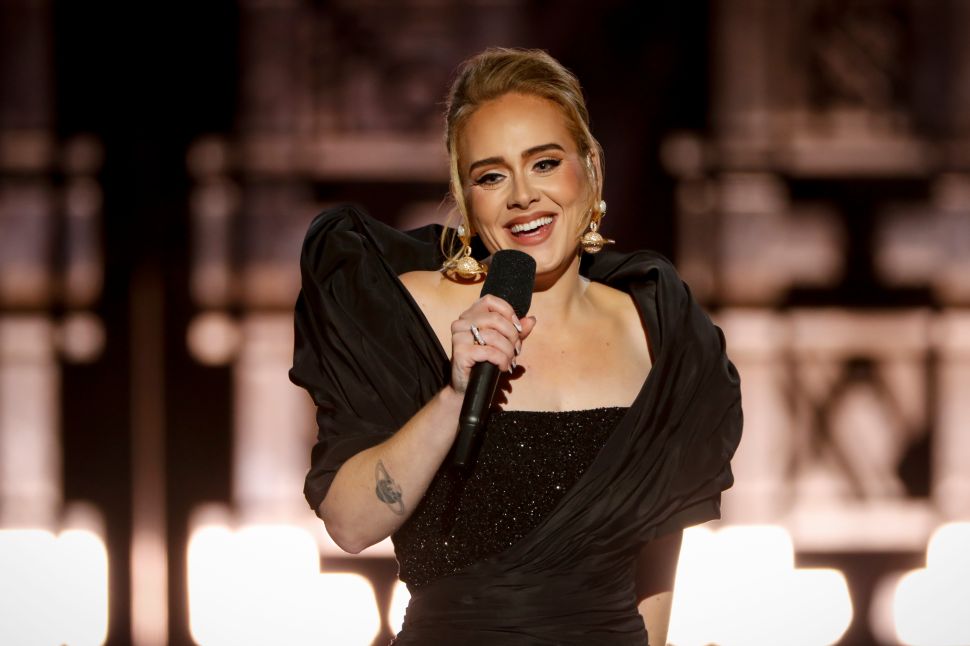