André Leon Talley, a pre-eminent figure in the heyday of glossy fashion magazines and the first Black man to hold the position of creative director of Vogue, has passed after a heart attack at the age of 73. News broke late on Tuesday night, and denizens of the art and fashion worlds promptly took to social media to honor the departed editor-at-large. Talley’s calling cards included his boundless enthusiasm for beauty, his relentless sociability and his booming voice; he was also visually unmistakable, often clad in opulent, sweeping caftans or immaculate designer suits.

Talley’s origin story is the stuff of legends: raised by his grandmother during the Jim Crow era in Washington, D.C., Talley was a quiet kid who soothed the lifelong wounds inflicted in childhood with the images he saw in glamorous fashion magazines. He went on to attend Brown University on a scholarship to receive a Master’s Degree in French Literature, and he also attended North Carolina Central University. After that, Talley’s was a meteoric rise through iconic publications such as Andy Warhol’s Interview, Women’s Wear Daily and eventually Vogue, where he found his lasting home and the source of his best-known relationship: his decades-long professional dance with none other than Anna Wintour.

Wintour and Talley’s professional disagreements are well-documented in his memoir The Chiffon Trenches, but in a statement released on Wednesday, Wintour praised the fashion legend.

“The loss of Andre is felt by so many of us today: the designers he enthusiastically cheered on every season, and who loved him for it; the generations he inspired to work in the industry, seeing a figure who broke boundaries while never forgetting where he started from; those who knew fashion, and Vogue, simply because of him; and, not forgetting, the colleagues over the years who were consistently buoyed along by every new discovery of André’s, which he would discuss loudly, and volubly,” Wintour said in Vogue (where else). “It’s the loss of André as my colleague and friend that I think of now; it’s immeasurable.”

“Scarlett ‘N The Hood” – Naomi Campbell plays Scarlett O’Hara from the film, Gone With The Wind, for Vanity Fair May 1996. Shot by Karl Lagerfeld and styled by Andre Leon Talley. pic.twitter.com/cYIUEw0Mm3

As a Black man on fashion’s literal front lines, Talley was subjected to episodes of repugnant racism and exclusionary tactics, but his life and his writing was defined by his canniness and editorial skill: he styled the groundbreaking spread that saw Naomi Campbell posing as Scarlett O’Hara, from Gone With the Wind, delighted celebrities with his interviews on the red carpet of the Met Gala and penned countless delicious columns in the Wintour-helmed publication he called home.

“My story is a fairytale of excess, and in every fairytale there is evil and darkness, but you overcome it with light,” Talley told The Guardian in 2020. “I want every person I come across – the stranger on the street, the church member in the pew next to me – to feel love. I have not been privy to love in my life, but I want them to feel that they have received some love from engaging with me, André Leon Talley.” 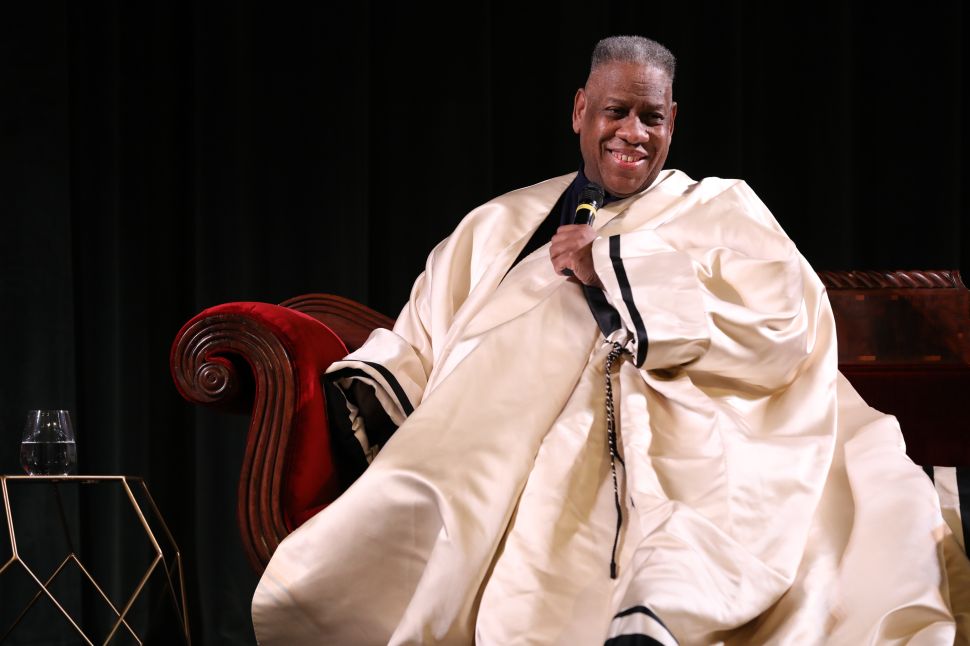