It’s a brand new year on the auction circuit, and different institutions will be fighting tooth and nail to present artwork of the highest pedigree; the stuff that inspires true fascination. On January 27th, Sotheby’s will be proffering The Man of Sorrows by Sandro Botticelli, a richly hued and mesmerizing rendering of Christ that shows the holy figure bound and miserable-looking, a flurry of small angels whirling around his thorn-wrapped head. According to The Art Newspaper, there’s another feature of the painting that makes it extraordinary: a Sotheby’s expert has proposed that Botticelli originally set out to paint a “Madonna of tenderness,” but ultimately abandoned his first idea to pivot to Man of Sorrows.

Man of Sorrows is expected to sell for upwards of $40 million, a sum that’s not entirely shocking when you consider Botticelli’s track record at modern auctions: a Botticelli sold for $92 million at Sotheby’s last January, representing the highest sum paid for work by an old master since the  $450 million sale of Leonardo da Vinci’s Salvator Mundi in 2017. “This extraordinary painting is a prime example of what makes Botticelli such a captivating artist: a bold visual style coupled with a singularly human approach to portraiture,” Sotheby’s Chairman George Wachter said in a statement.

The first sketches of the latter figure are apparently very visible when the painting is analyzed with infrared light, and definitive markings by the artist indicate that he thoroughly developed his Madonna idea before deciding against it. On the canvas, the outline of a woman’s head, her sleeve and other folds of fabric can be perceived in the right scientific conditions. In addition to these technical details, Sorrows also obviously stands as a landmark of Botticelli’s shifting style; it was painted by the master in either the late 15th or early 16th century.

“Botticelli becomes quite a different painter: more introspective, mystical and metaphysical,” Chris Apostle, the Old Master paintings director at Sotheby’s, told The National News in December. “He started looking at his own mortality. There’s a fragile tone in this picture. He was feeling competitive, but also reacting while being inspired.” 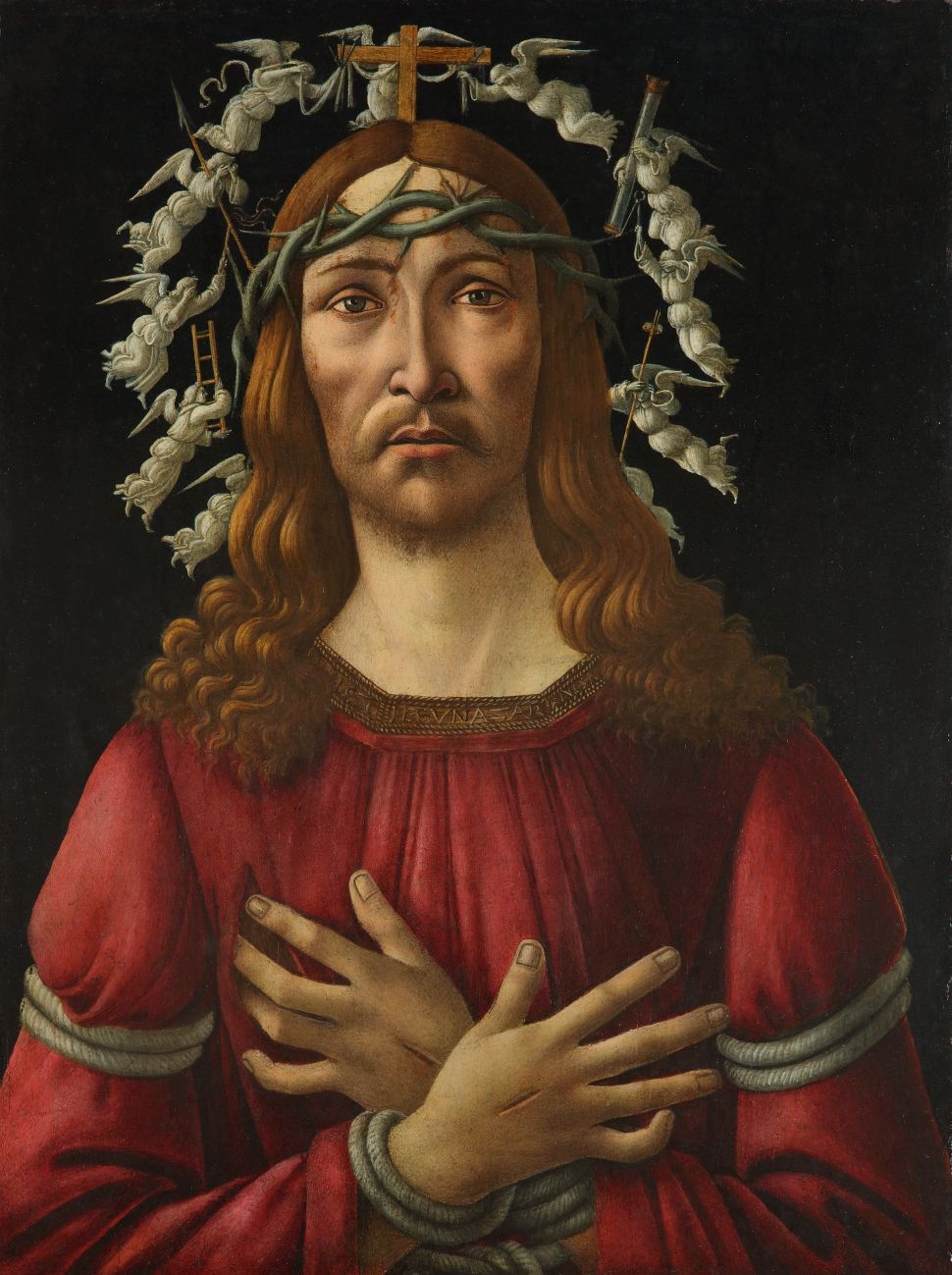