Chrissy Teigen and John Legend are ready to part with their palatial New York spread. The couple has listed a pair of penthouses at the Brewster Carriage House in Nolita for sale, with an $18 million price tag attached.

The Cravings author and the Grammy Award-winner purchased the first three-bedroom, three-bathroom penthouse for $9.02 million in 2018, and subsequently scooped up a second 3,500-square-foot triplex in the building for $7.7 million in 2020. The duo planned on combining the two units into one massive aerie, but never got around to actually completing the project. Instead, the California-based couple used one of the units as a pied-à-terre.

“We’ve realized that because of work and everything, we’re really mostly going to be in Los Angeles, so we’re going to focus our home-building energy and renovation energy on what we’re doing in L.A.,” the musician told the Wall Street Journal.

There are already proposed plans for the potential combination, which would create a massive six-bedroom, 6.5-bathroom residence that spans a total of 6,164 square feet, with an additional 3,361 square feet of private outdoor space, per the listing shared by Douglas Elliman brokers Noble Black, David Son, Jennifer Stillman and Corinne Cahlon.

The home features three gas fireplaces throughout the two units, as well as custom milled white oak floors, radiant heated bathroom floors and a custom kitchen with Miele appliances and a white quartz island. The bathrooms are fitted with soaking tubs, stone tiles and walnut vanities, while the landscaped private rooftop is already configured with an irrigation system and a gas grill.

Teigen and Legend are big fans of the Brewster Carriage House; they previously owned a smaller loft on the second floor of the building, which they bought for $2.5 million in 2012 and then sold in 2016, before acquiring these newly listed penthouses.

Teigen and Legend, who have two children, are based primarily on the West Coast, where they bought a 10,700-square-foot mansion in Beverly Hills for $17.5 million in 2020, which they extensively renovated before finally moving in. The couple is still planning on spending time in New York, and intended to purchased another place in the city that’s move-in ready; Legend told the WSJ that “We love being there. But we’re just not there enough to justify putting in the time and energy to combine apartments.” 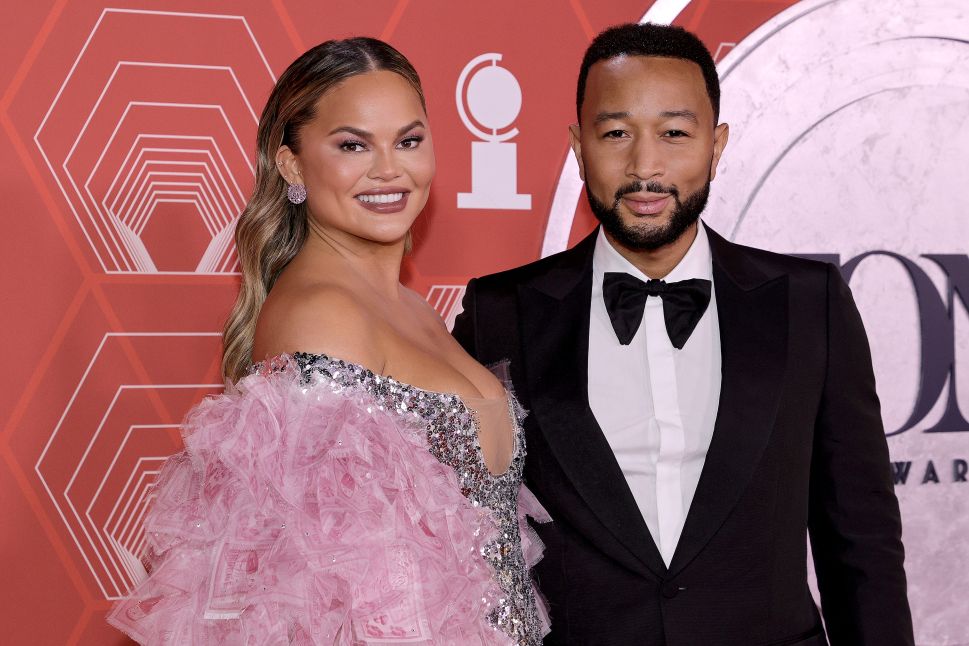