The lengthy criminal trial of former Theranos CEO Elizabeth Holmes came to a conclusion on Monday at a federal courthouse in San Jose, Calif. The 37-year-old disgraced entrepreneur was found guilty on four of 11 charges. She was acquitted of four of the charges, and the jury said they could not reach an unanimous verdict on the remaining three charges.

Nine of the 11 counts Holmes was indicted on are fraud charges, and two pertained to a conspiracy to commit fraud from 2010 to 2015. The four charges she was convicted of include one count of conspiracy to defraud investors and three wire fraud counts related to specific investors.

The jury deliberated for over 50 hours before reaching a verdict on eight of the 11 charges. Earlier Monday, the jury returned a note to U.S. District Judge Edward Davila, who’s presiding over the case, indicating they could not reach a decision on three counts related to investor wire fraud charges. In response, Judge Davila instructed them to continue deliberating to try to reach a verdict. The jury returned another note later Monday saying they were unable to reach a verdict on those counts. Judge Davila is expected to declare a mistrial on those charges.

The verdict, although mixed, marks a rare case of white-collar criminal conviction involving a high-profile Silicon Valley entrepreneur and is seen by many as a victory.

“Prosecutors can still count this mixed verdict as a victory because they only need one guilty count to put her in prison and they got more than one,” said Neama Rahmani, a former federal prosecutor and a cofounder of Los Angeles-based West Coast Trial Lawyers.

Rahmani added that the verdict may encourage the federal government to prosecute more fraud cases like this in the future. “Federal prosecutors lack the resources to prosecute every type of crime. They can choose to go after fraud by corporations and start-ups or they can focus on violent crimes and narcotics,” he said. “This victory gives a lift to prosecutors who want to more aggressively go after white-collar crime.”

“The jurors in this 15-week trial navigated a complex case amid a pandemic and scheduling obstacles,” U.S. Attorney Stephanie Hinds said in a statement that was read aloud by a spokesperson outside the courthouse on Monday. “The guilty verdicts in this case reflect Ms. Holmes’ culpability in this large-scale investor fraud, and she must now face sentencing for her crimes.”

Holmes now faces up to 20 years in prison and a $250,000 fine plus restitution for each count of wire fraud and conspiracy. A judge is expected to determine her sentence at a later date.

There is a good chance Holmes will appeal, lawyers familiar with the case say. “Both sides in the trial can claim this mixed verdict as a partial victory. Elizabeth Holmes absolutely must appeal because if you snooze you lose— you’re going to be stuck with that sentence,” said Matthew Barhoma, a Los Angeles-based criminal appeals attorney.

“Elizabeth Holmes is looking at a potential prison sentence of 10 years, assuming she doesn’t accept any responsibility and she just appeals, which I expect her to do,” Rahmani said. “She’s not someone who is going to want to do even five months in prison, much less five years.”

Holmes was indicted in June 2018, along with her former business partner and ex-boyfriend, Ramesh “Sunny” Balwani, on the 11 counts of fraud and conspiracy charges. Both of them pleaded not guilty. Holmes’ trial was supposed to start last summer but was delayed due to COVID-19 and her pregnancy. (She gave birth to a child in July.) Balwani’s separate trial is expected to begin this month. 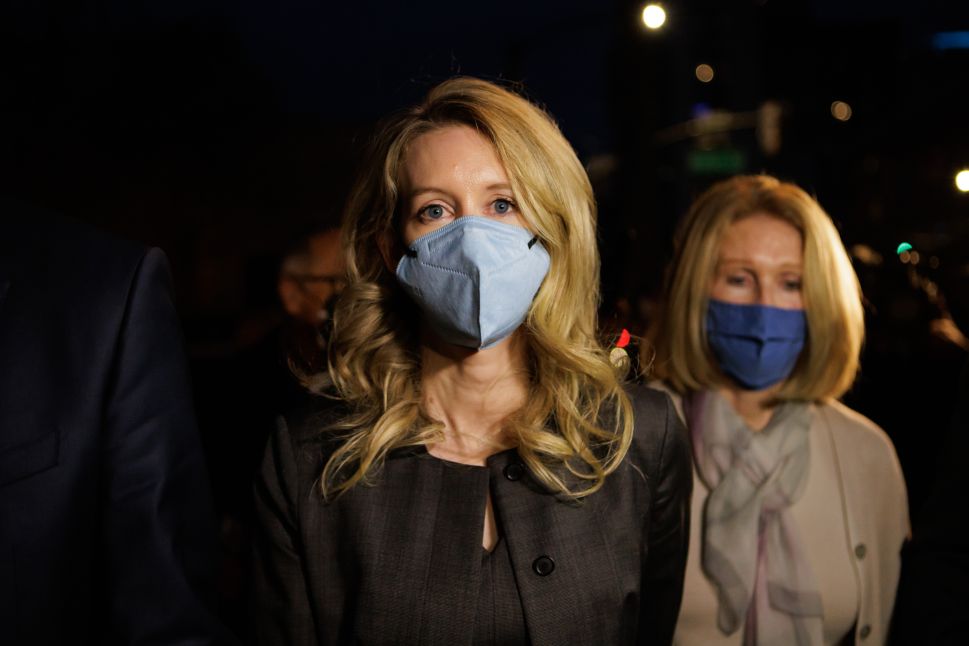