Luminar Technologies, an Orlando, Florida-based autonomous driving startup founded in 2012 by a then 17-year-old entrepreneur, is attracting century-old European automobile giants to feature its “lidar” self-driving technology in their future electric vehicles.

Luminar announced Thursday that its latest client is Daimler’s Mercedes-Benz. Although it’s unclear which Mercedes models will feature the laser-based technology, Luminar founder and CEO Austin Russell said those vehicles will enter production in “the not too distant future.” Luminar is preparing for serial production of its lidar technology later this year.

Mercedes has also agreed to acquire up to 1.5 million shares of Luminar over time as production goals are met.

The news sent Luminar stock to soar as much as 25 percent at one point on Thursday despite heavy sell-offs in tech sector.

Luminar is a rising star in the cutthroat autonomous driving race led by more established companies like Alphabet spinoff Waymo and GM-backed Cruise, as well as Tesla. Luminar’s core tech is similar to that of Waymo and Cruise, which use laser-based lidar sensors to detect objects in a vehicle’s surroundings while it’s moving.

“There’s no question that the Europeans have been ahead of the game,” Russell told Bloomberg Television from Germany on Thursday. “They started earlier and made a lot of the right technology bets.”

Russell founded Luminar at the age of 17 after receiving a fellowship from Peter Thiel, who’s also an investor in the company. He became one of the youngest self-made billionaires when Luminar went public through a SPAC deal (with Gores Metropoulos Inc.) in December 2020 at a valuation of $3.1 billion.

However, like many SPAC-backed companies that went public in 2020 and 2021, Luminar has struggled to maintain its hype on the public market lately. Even with the temporary boost from the Mercedes deal, shares have dropped 36 percent since November and 23 percent this year so far. 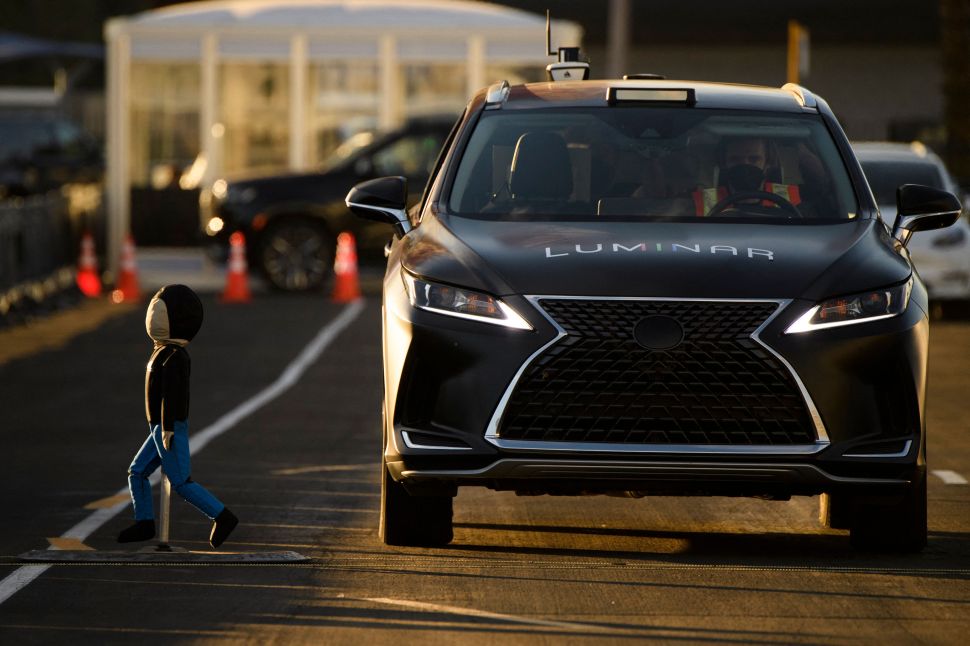