In 2012, the night before Vladimir Putin was inaugurated for his third term as Russia’s president, activist Dmitry Karuyev was arrested for allegedly spitting on a photograph of Putin during a protest alongside the opposition group Other Russia; on Tuesday, Karuyev was awarded $11,000 for wrongful imprisonment, an encouraging development in relations between Russia’s most powerful figures and the country’s citizens. That Karuyev was accused of having spat on a photograph is significant: artistic mediums of all kinds have been particularly scrutinized in Russia under Putin, who has issued crackdowns against dissenters such as Pussy Riot and Yulia Tsvetkova, an artist who was put on trial after being accused of distributing pornography.

The European Court of Human Rights made the ruling regarding Karuyev, who ended up spending 15 days in jail after being arrested for the alleged spitting. Around this same time, Karuyev argued that he hadn’t spat on the portrait, but had merely hit it with a sneeze. “The act of spitting on a photograph of a politician in the wake of his re-election should be considered an expression of political opinion,” the European Court’s ruling determined.

These types of arrests are also common elsewhere: in 2007, a man in Beijing was arrested after attempting to set fire to a portrait of Chairman Mao Tse-tung in Tiananmen Square. In 2015, another Beijing man was sentenced to 14 months in jail for throwing a bottle of ink at a portrait of Mao Zedong, which was also located nearby Tiananmen Square. More recently, officials in Hong Kong raided the Tiananmen Square museum after arresting four people who helped to run it.

Retaliation against dissent and artistic expression is a pattern that must be recognized and documented, especially as it escalates: last month, Russian contemporary art organizer Marat Guelman was placed on a list of “foreign agents” by Russia’s justice ministry. He returned to an apartment he owns over the weekend to find that those very words had been splashed in red on his front door. 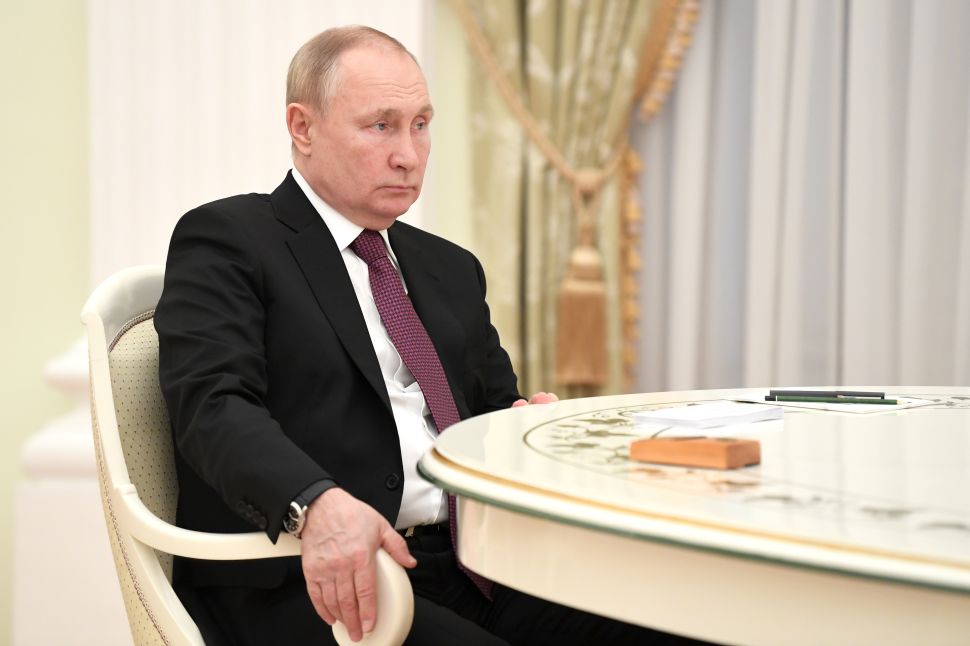