General Motors just had an embarrassingly bad fourth-quarter that made Tesla CEO Elon Musk laugh. The Detroit auto giant reported its Q4 and 2021 full-year deliveries on Tuesday. Behind the decent headline numbers—2.2 million units delivered in 2021 and 440,745 units in Q4—lay an inconspicuous breakdown showing that GM sold only 26 electric vehicles in the fourth quarter, including 25 Chevrolet Bolt EV/EUV and one electric GMC Hummer pickup.

In the same period in 2020, GM sold 6,701 Bolt EVs and EUVs. The electric Hummer didn’t enter production until November 2021, so there’s no historic data to compare against. The abrupt drop in Bolt deliveries was due to a batch of defective batteries (made by LG) that prompted a massive recall and production halt in August.

“Sales of the Bolt EV have been paused since September 2021 as the company focuses on repairing recalled vehicles,” GM said in a statement on Tuesday.

GM had sold more than 24,800 units of Bolt EV and EUV in the first three quarters of 2021, bringing the year’s total EV delivery still 20 percent higher than the previous year. Yet, EV enthusiasts were quick to notice the outlier number in Q4.

“GM sold 26 electric vehicles in Q4’21,” tweeted Tesla Silicon Valley Club, an account which Elon Musk often interacts with, on Tuesday. In his signature tongue-in-cheek manner, the Tesla CEO responded that GM has “room to improve…”

Two days earlier, Tesla reported that it delivered 308,600 electric vehicles in the fourth quarter of 2021, another record. Its full-year delivery was just shy of one million, representing almost 100 percent growth from 2020.

By the measure of total vehicle delivery, GM still far exceeds Tesla. However, in 2021 it lost its crown as the longtime top-selling automaker in the U.S. to Toyota.

Like many automakers in 2021, GM was affected by the global chip shortage and other supply chain issues, especially in the final months of the year. In the fourth quarter, GM sold 43 percent fewer vehicles than a year ago. “GM entered the quarter with record low inventories,” the company said. It, however, noted that “fourth-quarter production and wholesale deliveries were up significantly from the third quarter as semiconductor supply conditions improved.” Although Q4 delivery was 350,000 below the same period a year ago, there were nearly 200,000 vehicles in dealer inventory, including units on their way to dealers, as of December 31, GM said. 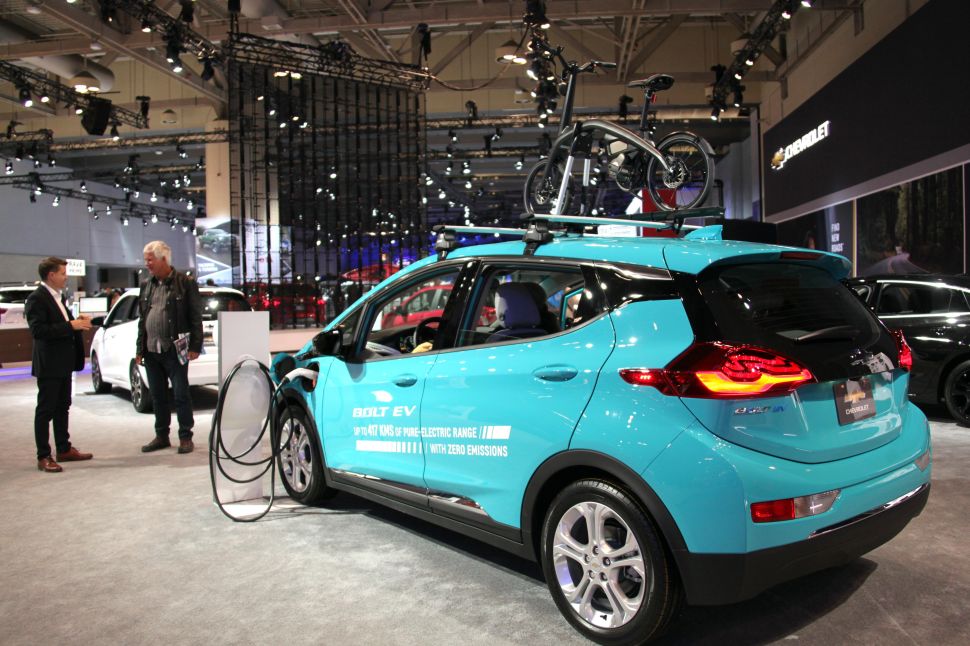