In Hanya Yanagihara’s To Paradise, David, the forgotten king of Hawaii, seeks refuge in a make-believe paradise, a slip of useless land on the edge of the blue ocean, where “the waves lapped against the shore, and withdrew, again and again.” The land is a respite from the stagnancy and trauma of David’s life, the circular stillness of provincial existence on the island, but most of all, it is the chance to be with Edward, a companion who is never clearly defined as a lover or a friend, and is the only person outside of David’s family with whom he has had a lasting, formative relationship. The risk and extremities of romantic relationships, the search for a lost homeland, and the violence of families trying to protect their children, are recurring themes in the 720 page tome, which spans three centuries and takes place in an alternate reality, where people are free to love whoever they choose, men can marry men and women can marry women, but racial and class differences still prevail.

David narrates his experience of living in a projected paradise, Lipo-wao-nahele, in a letter to his son, who is named after him and also called the Hawaiian version of the name, Kawika. The lengthy letter, which forms the second part of Book II, is read by the younger David as he sits in the home of Charles, who is also the partner of the law firm in which David works. The relationship is casually forbidden, a parallel set of differences: Charles is rich, David is not; Charles is white, David is not; Charles is older and established, while David is in his twenties, struggling until he met Charles. David walks across the streets of New York as a visibly brown-skinned man, confronting racial slurs and feeling like an impostor or a dependent in Charles’ home, but still tempted by the luxury and safety his relationship with the man, essentially his boss, has to offer him. The truth is that David is running away from his native Hawaii, fleeing the memory of the father who abandoned him to live in a constructed homeland, a lucid reaction against the racism Hawaiians face, a return to nature.

Paradise and the idea of a homeland, induced by the alienation experienced in society by those who will never fit into it, can acquire distorted features; the imagination required in conceptualizing a better way of life can give way to delusion. Even while fighting for a rightful cause, nationalism and movements for racial justice can be breeding grounds for narcissism and abuse, a site in which an infallible leader becomes the pillar for decision-making, accountable only to the strength of his charisma. David’s father recounts to his son the pull of Lipo-Wao-Nahele, a two-man island in which the younger David was initially dragged along as a child, a place in which his father could finally be himself, but even that proved elusive. Edward, the son of a “queenly and elegant” woman who was a dancer, and a white father who left them, enforces that only Hawaiian should be spoken on the island, forbids technology, and bullies David’s son for standing up to him. “[W]e needed the idea of Hawaii, more than it needed us,” David reflects in the letter. And yet, the reason why David stays in Lipo-Wao-Nahele, a remote area in which both he and Edward inevitably go hungry and lose their minds, isn’t for political ideology, but the need to be loved, accepted, and find belonging: “I had simply followed someone, and I had surrendered my own life to somebody else, and in surrendering mine, I had surrendered yours too.”

Love is a site of surrender, ambiguity, and possible peril in To Paradise, which is drawn across three books enclosing the years and respective eras of 1893, 1993, and 2093. Names reappear throughout the novel in a haunting thread, and sometimes there are allusive references to characters from the preceding storylines as the reader turns the page. In the first book, David Bingham, the grandson of a dynasty that founded the Free States, a representation of the real-life Northeast United States, is forced to choose between his inheritance at Washington Square and the man he loves, a charming nobody who might be after his money. The Free States are shown as a utopia, where sexual freedom and progressiveness thrive, but Black people are not allowed to migrate to its promise of deliverance, Native Americans are not present and referred to only in anecdotes detailing genocide, and the child-refugees admitted within the borders are eerily adopted by wealthy couples (both straight and gay), expected to assimilate into the society, forget their parents, and abandon their roots. David’s romance, a release from the quiet and empty life he leads in Washington Square, brings the contradiction of class to the fore and exposes the darkness lurking underneath paradise, a country his family helped build. But most of all, the choice to follow his lover forces David to leave his grandfather, who does not approve of the match, and venture into the unknown, not unlike his eponym decades later following Edward into the abyss in Lipo-Wao-Nahele.

Paradise, then, is not a place, or an imaginary homeland: it’s the people we love. And the people we love can disappoint us, fail us, and even torture and abuse us. “Family is an extension of their selves, and therefore a manifestation of the ego,” Charles, a scientist who appears in the third book, quotes in a letter to a longtime friend after discovering his granddaughter, a survivor of a life-threatening pandemic, has been raped. The sexual violence happens off the page, and is almost mundane, barely there in its instance. If you skip two or three pages in the tome, you’ll miss it. The effect is realistic, and ultimately desensitizing: chaos, political instability, and abuse of power in the face of widespread, unknown viruses has led to this scenario, where a girl cannot go outside for a walk without being molested. Around this time, the house on Washington Square has been transformed into apartments, an order of the government, which has now moved towards banning gay marriage, so that heterosexual couples can procreate and repopulate the country, ravaged by a series of diseases reminiscent of COVID-19. The fear of sickness has led the government to imprison people in death camps, and the first to go, of course, are refugees and people of color.

Charles, too, is Hawaiian, a scientist who came to New York to find a cure for disease with the belief that he was serving the greater good, but eventually became a part of the same administration coordinating the camps. He contemplates dystopia: “[A] dystopia doesn’t look like anything. . . it can look like anywhere else,” he writes. “And yet it does look like something. The things I have described are elements of the sanctioned life, the life that can be lived aboveground. But out of the corners of our eyes there is another life, one we see in glimpses, movements.”

The life to which Charles refers is indeed dystopic, located in the crevices that people discern when there is a breakdown of civic life: snatches of privacy enjoyed by men in houses where they congregate, parks where oral storytellers gather in the absence of the internet or television, and Charlie, in a constant dissociative state after experiencing the trauma of illness as a child, confined to the daily circuit of her job at the lab, and then back to home, without friends. In Charles’ letters over the period of five decades, narrating how America slipped into a dystopic authoritarian state, the climax arises when he decides to arrange a marriage for his granddaughter. The boy he finds, a handsome twenty-four-year old who could not finish his science degree because he had family who were declared enemies of the state, is like Charles: he is gay. He will never be able to love Charlie in the way her grandfather wants for her, he will never touch her, but for Charles, protection from the brutality and uncertainty of the world is more important than the idealism of romance. “I was marrying [her] to a man who would protect her but never love her. . . I had chosen her safety over her fulfillment,” he acknowledges, and the dilemma torments him, an insight into the cynical decisions parents must make to protect their children in ruinous circumstances. Charlie’s wedding of convenience to a gay man is not dissimilar to certain clandestine arrangements in Asian countries, where homosexuality is forbidden. Survival prevails over all else, including the democratic value of individual choice, and the vision of freedom on which America and the fictional Free States were founded, degenerates into a praetorian state, cannibalized finally by its own relationship to the people who labored and lived in the shadows.

Yanagihara has been charged with torturing her characters, of lacking empathy, gratuitously throwing in explicit descriptions of violence and melodramatic subplots that lead nowhere, and accused of writing a stinking carcass of a novel not so different from the vulture flying on the last page in search of carrion. Doubtlessly, it’s difficult to read a 720-page book teeming with excessive trauma, nor is it always pleasant. And yet, the experience of reading her novel is similar to watching a newsreel of the past couple years, the spread of the pandemic and the irresponsibility of right-wing governments in handling it. Yanagihara’s elegant prose, leveling tension and then sprawling into excessive, sometimes mindless, anecdotes of violence is not dissimilar to actually experiencing the blunt shock of trauma–over and over again. For many of us exposed to the racial politics in the novel, the intergenerational trauma that pits child against parent, the alienation and reaction of identity, and even more crucially, the near-animalistic scrabble for survival in an authoritarian society with limited resources to go around, it’s extremely relatable.

The unrelenting barrage of sickness, death, physical violence, narcissistic grandparents and lovers, and unrequited love subverts the typically-held expectations of what a good story should be, the fable that offers a moral in the end, or the literary conventions of exposition, climax and conclusion. We want something that makes sense, clipped narratives that offer solutions, but real life often does not make sense, especially for the vast majority of people in the world, who already face disease, mass poverty, zero access to health care, waves of fascism and mob violence, and the accelerating, unforgiving pace of modernity.

Yanagihara does not offer us a way out. Instead, she simply presents a mirror to the reality we live in, and depicts the anguish of her characters when they try, and fail, to protect and nurture their loved ones. 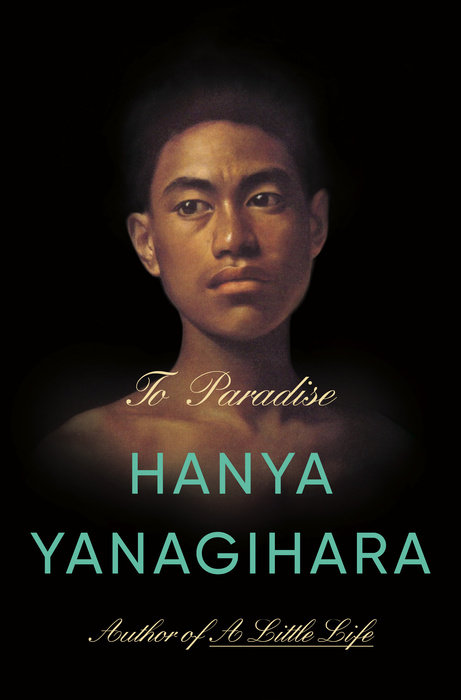