To borrow a line from The Giant, a haunting Twin Peaks character who appears to Dale Cooper in visions: it is happening again. According to new reports, a Banksy mural that the elusive artist created last summer in the small town of Lowestoft, Suffolk was apparently sold to a private buyer after being removed last November by the owners of an electrical store; the owners did this with intent to sell. The electrical store’s wall was where Banksy had elected to bestow his graffiti, and residents of the town are reportedly disappointed that the art has flown the coop. However, this is far from the first time such a Banksy incident has taken place, and it begs the question: how long do highly-in-demand Banksy murals tend to last in their original spots?

Last August, Banksy graced another wall in Lowestoft which, as soon as November, was reported to have been removed and listed at Julien’s Auctions in California. Another mural of a rat and cocktail Banksy created during his “Great British Staycation” reportedly only existed undisturbed for 48 hours before an anonymous vandal defaced the artwork with white paint.

On yet another occasion, a Banksy mural that the artist had created in October of 2020 was removed in February of 2021 and sold to an Essex art gallery. Quite a lot of steps go into an operation like this: the owners of the walls upon which the art is created usually have to be on board for the art to be sold, but on other occasions, outright theft has taken place. In 2018, longstanding artwork that Banksy had created at the Pompidou Centre – a rat brandishing a knife- was cut away from its protective casing by thieves that the artist later denied having instructed to commit the crime for attention.

Whether Banksy murals last only a few hours or a few months, one thing is clear: when an artist’s work is that hot on the market (a shredded canvas by Banksy recently sold for $21.9 million at Sotheby’s), no public creation is safe. 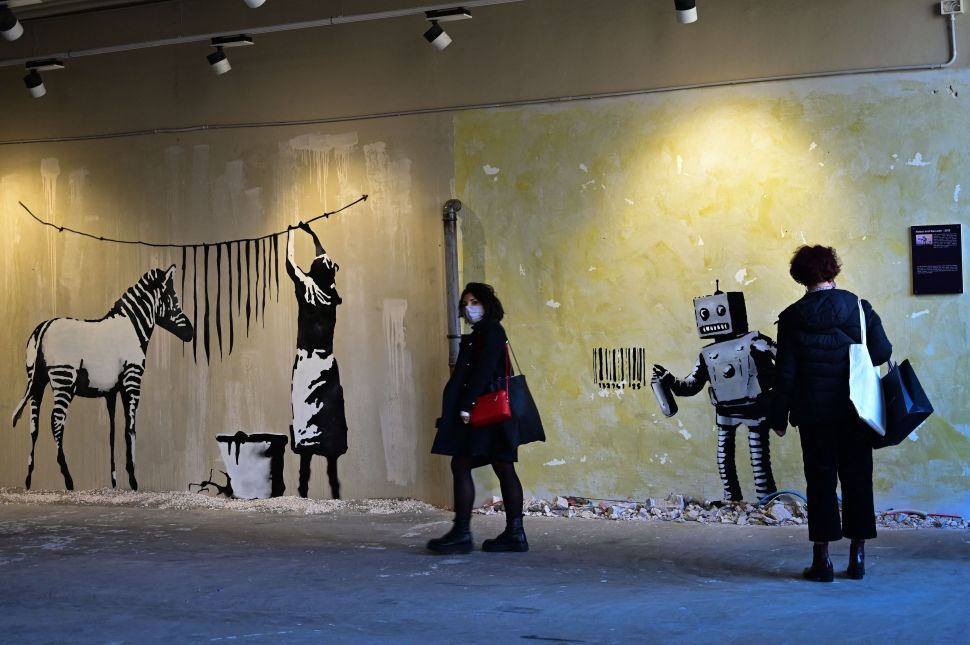