A 2019 survey conducted by LEGO to celebrate the 50th anniversary of the moon landing found that more children want to be YouTubers than astronauts. In June 2020, a study revealed that kids spend nearly as much time on TikTok as they do on YouTube. In August 2020, The New York Times reported that one-third of TikTok users may be aged 14 or under. And teens, on average, spend slightly under seven and a half hours a day on screens, excluding time for school work according to a study by Common Sense Media.

Netflix’s Hype House is unlikely to change any of this, though the eight-episode reality show certainly is depressing. A window into the TikTok collective that helped launch social media stars, Charli D’Amelio and Addison Rae, the show hardly makes being an influencer look like fun. “I’m so stressed,” Hype House leader Thomas Petrou tells us in episode five, describing his struggle to get other members of the house to create content to generate around $80,000 for the monthly rent on their Santa Rosa Valley, California home. “I’m not, like, fully ok at all. And I haven’t been in the last year.” Yet, despite Petrou’s not being “fully ok,” his back-and-forth on shutting down the Hype House altogether, and sparring with Chase Hudson (Lil Huddy) over not pulling his weight for the collective, he can’t bring himself to quit.

“You’re always told that money can’t buy happiness,” Petrou says in episode eight. “But you’ll never understand it until you’re in the position. I have everything I’ve wanted and I feel so lucky, but I feel like a kid who has all the toys in the world but no batteries to operate them.”

This isn’t the first time viewers have seen the “dark side” of internet fame. The D’Amelio Show, released in September on Hulu, showed Charli D’Amelio — the most-followed person on TikTok — and her sister Dixie struggling with the anxiety and depression brought on by their digital fame. The frequent scenes of the two sisters breaking down in tears were painful reminders that these women are only 17 and 20 years old. There were comparisons of The D’Amelio Show to Keeping Up With The Kardashians, but if the Kardashians sometimes made themselves vulnerable by living out their dramas in public, many of their predicaments were played for laughs and content warnings at the beginning of Keeping Up episodes were not typical. The D’Amelio Show, which has been renewed for a second season, is unapologetic in its focus on the challenges of young internet fame.

Hype House touches on this and then some. The show doesn’t shy away from the ugliest parts of being an influencer. In episode five, Alex Warren argues with his girlfriend Kovur Annon in bed over whether he should order a Tesla: “I need a Tesla right now. I am bored and I want a Tesla.” Then after this cringey bit of swag flaunting, Warren discusses a more serious topic. He recently filmed a prank vlog with Hype House member Michael Sanzone’s girlfriend Tatyana Porizek and her twin sister Nastasiia Porizek. In the video, Vinnie Hacker —a recent addition to the Hype House who describes himself as famous for posting “thirst traps” and streaming himself playing video games — kisses Nastasiia as Sanzone walks in, thinking Hacker is kissing his girlfriend. Nastasiia gets death threats for kissing Hacker, with one of the comments on the video reading, “Who is this bitch? I’m going to choke her out.”

Things like this unfold without much context or resolution. Issues of race surface in episode four, when Larri Merritt—a Black TikTok star who grew up in Compton, California—confronts fellow Hype House member and transgender beauty and makeup influencer Nikita Dragun over “blackfishing” in some of her photos. Merritt describes being criticized online for hanging out with other successful, white influencers. TikTok itself has received pushback for the lack of diversity among the most successful influencers and the way that white creators often jump on TikTok dance trends created by Black influencers, use them without credit, and cash out on higher-paying brand deals. But Merritt is left feeling like he has to stand up for the Black community when his friends act in problematic ways. “My entire race, basically, the Black community has disowned me in a sense which sucks because I’m so passionate about it,” he says.

Like a lot of unhappy reality show stars, since the release of Hype House, Merritt and Hudson have spoken out against the show, saying that it created false storylines, including suggesting that Merritt went to a party with coronavirus. Hudson said he was depicted as a “villain” and pushed back on allegations that surfaced in the show that Hype House pays the rent for his Encino, California home.

In episode seven of The D’Amelio Show Charli debates whether or not to film a thank you video for being included in Time’s 100 Next List. Her team wants her to but she’s worried about the hate comments she’ll get, and she wonders why she’s on the list in the first place. “All of the people that are doing a million more things than I am,” she says. “I dance on the internet. Like, I shouldn’t be on that list.”

That moment, like all of Hype House, encompasses the many dilemmas wrapped up in internet fame. Charli is on the list because she’s part of a wave that’s changing media. But she’s aware that much of the world thinks being an influencer is fundamentally unserious and somehow easy. Coping with the hate and death threats that come with millions of followers isn’t easy. Neither is the grind of content creation or hustling of brand deals. Neither of these shows makes the influencer life seem very attractive.

Still, Charli challenges her critics with a key question: “If you were given the opportunity to pursue a musical career or whatever career, would you say no? No, you wouldn’t, so why would we?” 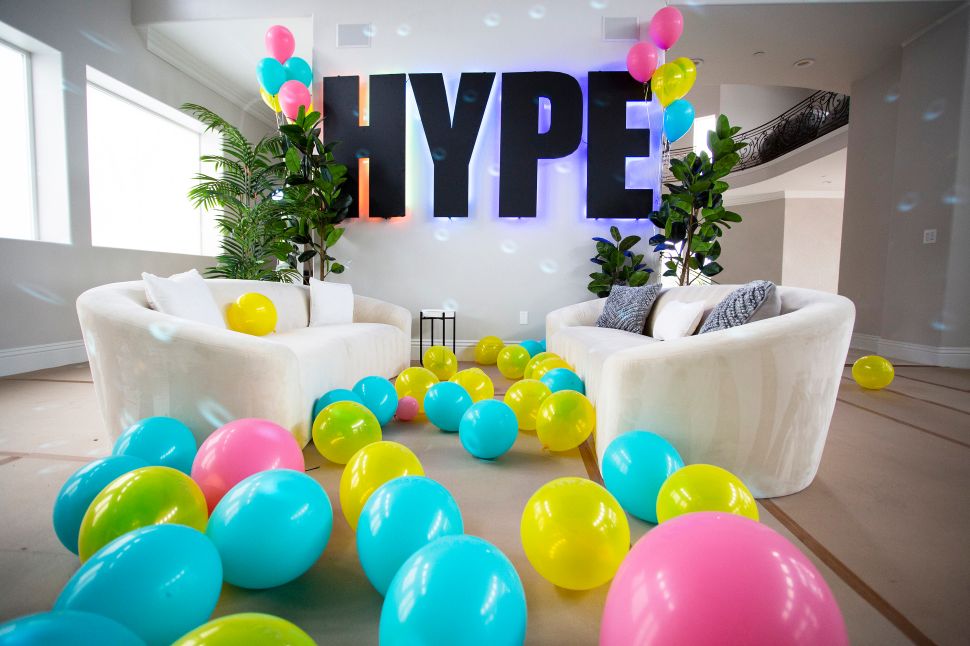