Jean Chen Ho’s collection of short stories, Fiona and Jane, follows Fiona Lin and Jane Shen as they grow up in the suburbs of Southern California and into their adult lives, determining what it means to define themselves by and separate from their friendship. These linked stories lovingly and unflinchingly explore the complications of familial relationships, shifting notions of home, and how friendship can be both a wound and a balm.

Observer: The first thing that stood out to me about Fiona and Jane was the authenticity of your settings of Taipei, Los Angeles, and New York. Why did you choose those specific places?

Jean Chen Ho: These are three cities that I myself have personally lived in, and I’ve experienced various parts of these cities at various times in my life. I wanted these characters to have a sense of movement and history with their families. Even if Jane was born in Southern California, there’s a sense of her parents having left Taiwan behind. In the first story, she goes to visit her father when she’s on spring break and various revelations occur. It’s really a new and different environment for her, which matches these strange things that she comes to discover about her relationship to her dad and her parents’ marriage.

I wanted to write about Southern California and just LA in general because our city is so vast, and I think there’s so many stories to tell about Los Angeles. I only try to tell a very specific subset of that. I wanted to tell the story of these two Taiwanese American girls and what it was like to grow up in the suburbs. Jane eventually moves to LA, Fiona to New York, and then she comes back to LA. The latter part of the book they’re in their thirties approaching forty and are trying to repair their friendship and get to know each other as adults, and their lives in LA is a part of that story too. For LA, I wanted to tell these specific, very local stories that append the drama that the characters are living through.

For New York, Fiona goes there because she follows her college boyfriend, and really, because she is just trying to get away from her family. Fiona is a character who’s always had a sense of who she was and what she wanted, which is in contrast to Jane, who’s sort of floating around in life.

As you said, there’s a lot of movement in this collection. What does home mean to Fiona and Jane?

I think one of the recurring ideas about this book is that Fiona and Jane are each other’s safety. At the same time, there’s these massive moments when one betrays the other or feels like they’re not– when you have a best friend who you’ve known for so long, it can start to feel like, “Well, we’re the same person.” Then there’s moments when one or the other discovers, “Oh, that’s not really the case.”

I think ultimately in this 20-year span of time that we get to spend with them, they grow up together, they fall apart, and then they come back together and reconcile and try to find a home in each other however difficult or tenuous that may be. I don’t know if that sounds corny, but I think they’re home to each other and they manage to save one another in the moments when one or the other needs saving.

I think the idea of home plays out in other aspects of the book too, because, obviously there’s displacement for both of their parents being immigrants coming from Taiwan to Los Angeles, and then Fiona really desperately wants to get away from this codependent relationship she has with her mother.

Yes. I mean it happens in a couple of stories. It happens when they’re young because they’re so close when they’re teenagers. There’s a moment in “Go Slow” and they’re sixteen. They’re learning how to drink with their friend Won. This story is from Jane’s point of view, and she has always been the follower in their friendship. There’s a point in this story where she comes to realize that she doesn’t have to be such a follower just because Fiona is the one who is so certain about everything. They don’t get into an argument, and it’s not anything super dramatic, but I think Jane at that moment, has this really important internal reflection that she’s her own person.

For Fiona, after college she moves immediately to New York and abandons her life in LA. I think she reflects at one point on why she does that. “Why did I drift apart from Jane?” She wonders if that was an active choice or if it was something that she had been building up to. I think those are subtle moments in which the two women are trying to reflect on their own agency and their own identity, separate from the very close friendship. Where do you draw your line between yourself and your best friend?

I think that we often, perhaps as a culture, have discussions about codependency between romantic relationships, and maybe not so much about friendships, very close friendships that you’re defined by and who you define as a really big part of your life. How do you still have a sense of yourself outside of that? I think that’s one of the things that these women try to figure out throughout these stories.

Can you talk more about the concept of expectation between– you were talking about friendships, but between parental relationships as well.

Oh, for Fiona and her mom?

Yes. Or Jane and her parents.

I feel like that’s a very familiar narrative trope when we think about immigrant Asian American families. A while ago, I had interviewed this Korean American writer/director named Andrew Ahn for NPR. He was working on his first feature, which is called Spa Night. I had been aware of his work because he had this really beautiful short called Dol (First Birthday).

He’s a queer Asian American man, and his short film Dol (First Birthday) is about a guy who is gay and in a relationship with a man, and then his brother has a first birthday for the main character’s nephew. He goes to this first birthday, there’s all these Korean cultural traditions and food, but the main character can’t bring his partner to the birthday party. It’s just such a beautiful film.

We had this conversation about being artists and having immigrant Asian parents and parental expectations. He said something about how there’s this idea that our parents expect so much of us because they want us to be excellent or they sacrifice so much and so we have to pay it back or something. He was like, “No, actually our parents love us so much, our immigrant parents have so much care for us as their children.”

I think that story doesn’t always get told or isn’t as familiar as the story of Asian parents being very tough on their kids. I just loved his answer because when he said that, it just felt so true to me. At the same time, I’m not saying that the other narrative isn’t true, but I think there’s space for an expansion of that narrative.

I think when I was writing about Fiona’s mom or when I was writing about Jane and her relationship to her dad and to her mom, there’s difficult moments, but I wanted to also show and really demonstrate and explore that love that Andrew was talking about when I interviewed him, because it’s real, and it’s not just about, “Oh, you didn’t meet my expectations as a daughter,’ or something, it’s that, “I love you so much.” I hope that comes through.

Speaking about complicated relationships, I feel like the book really revolves around what people don’t talk about, resentments and guilt. In a book about relationships, what were you trying to say about the power of the unsaid?

Maybe it’s not so much that there’s things that are unsaid, but there’s crosstalk between different versions of who you are. Whether it’s the two of them throughout what we get to see of their friendship in this book, it’s kind of like time traveling in a sense, right? As they grow up, I think there’s moments when, especially because they’re separated for most of their twenties, when they come back together, there’s a lot of assumptions that each friend makes about the other based on all of their history, but they’ve both changed so much. Inherently, there’s gaps in the narrative because these characters have to really get to know each other again as adults.

Sometimes there’s things that, when you’re so close to someone, are even harder to say because there’s much more at stake. I think especially if it’s somebody who’s known you when you were a kid, how can you say to this person you love, “Hey, that’s not who I am anymore. That’s who I was fifteen years ago, ten years ago, but this is who I’d like to be in the present with you.” I hope that readers get to decide if that actually happens in their friendship by the end of the book. 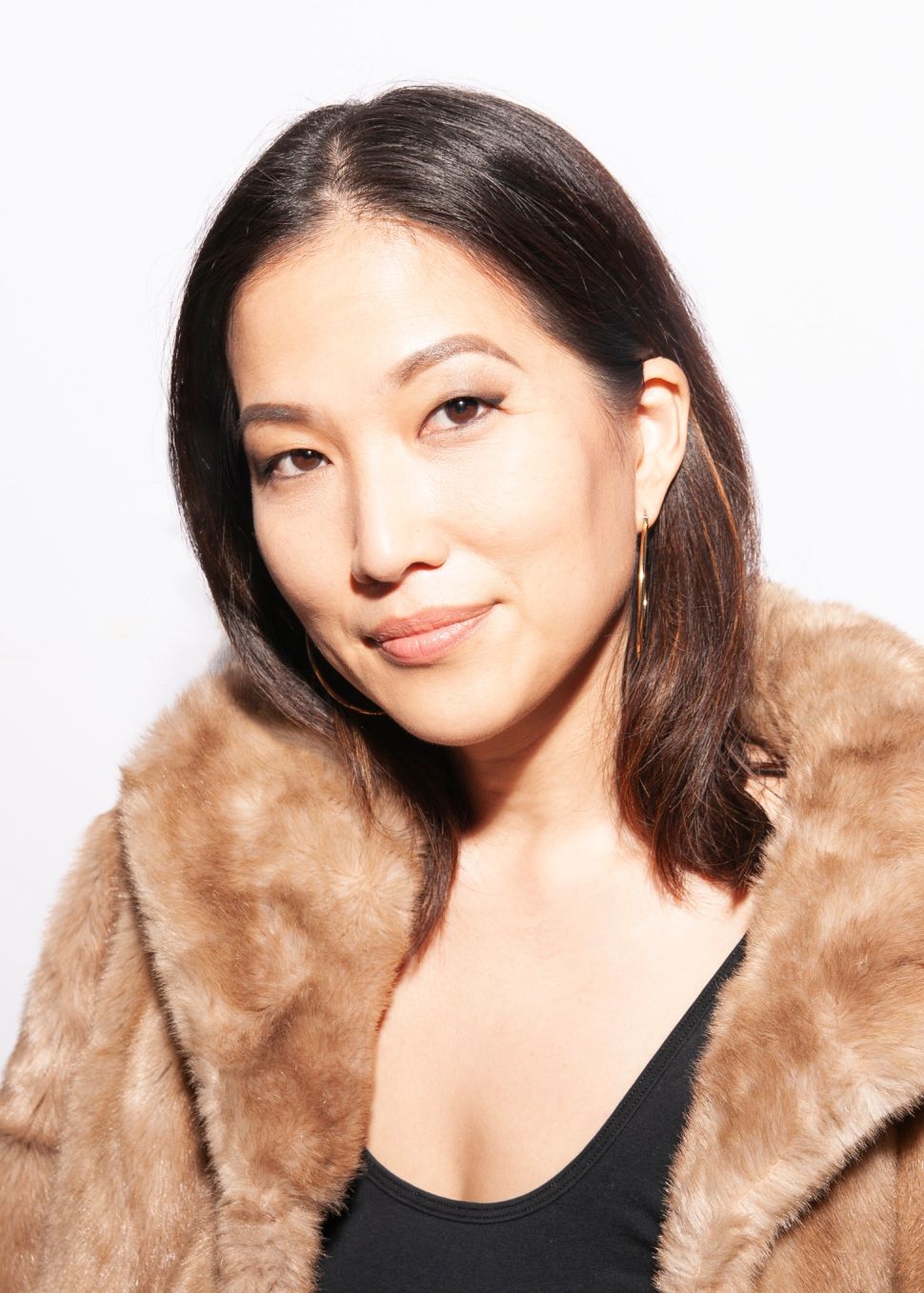