Anti-authoritarian protestors in Kazakhstan raided and set fire to the mayor’s office in Almaty, the country’s largest metropolis and former capital, this week. President Kassym-Jomart Tokayev’s residence was also set on fire, and a statue of former President Nursultan Nazarbayev was torn down as demonstrators railed against massive fuel price hikes. In response, a Russian military alliance has already reportedly been deployed to quell the unrest, and artists in Kazakhstan are speaking out about the violence and disorder.

Meanwhile Lukashenko, Putin and Tokayev are in a call together discussing what to do

It’s gonna be a spicy first month of 2022 pic.twitter.com/c0La1drRb2

According to the AP, “dozens of protesters” have already been killed, in addition to multiple police officers, amidst the clashes. With regards to the Nursultan Nazarbayev monument in particular, it represents a leader who protesters are railing against because they seek radical change: regional leaders in Kazakhstan are currently selected by its president, and residents of the country are eager to foist opposition upon the currently-ruling governmental structure. In short, this is far from being just about oil prices. There are at least two monuments dedicated to Nazarbayev in Kazakhstan, but it was the one in Almaty, not Nur-Sultan, that was torn down.

Around the world, due to a number of different social forces, problematic statues and monuments have recently been demolished left and right.

The extremely serious unrest in Kazakhstan has the whole world paying keen attention to the ongoing clashes, and wondering what sort of protections are being afforded to vulnerable citizens on the ground. “Now it is important to stop violence, all kinds of manipulations, time to think about what to do next?” Suinbike Suleimenova, a video artist based in Kazakhstan, wrote on Facebook. “What reforms do we really need? The worst thing that can happen now is the transfer / seizure of power from one thieving regime to another. It is important for us to preserve our independence, our statehood!” 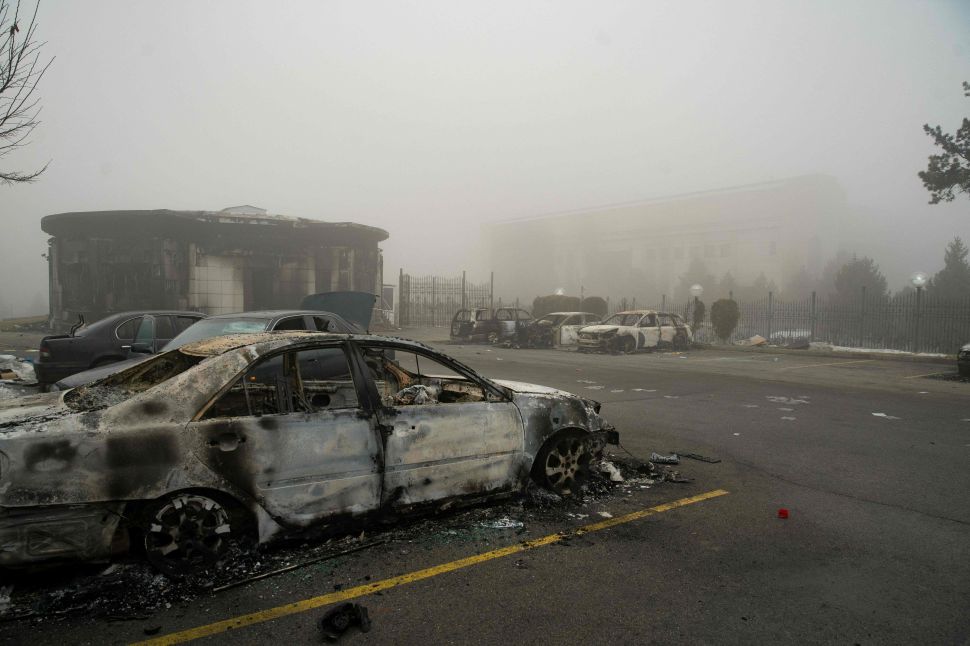