This story was initially published in The Creators — a newsletter about the people powering the creator economy. Get it sent to your inbox every Saturday here.

The path to internet fame is so incredibly murky that even Charli D’Amelio, the most followed person on TikTok, has said she doesn’t know why she is famous. But 28-year-old DIY digital creator Lauren Riihimaki (@LaurDIY, 8.58M, YouTube), who has been on YouTube for over a decade, cultivated her following by doing what she loves: Crafting. Lauren got her start while she was a college student at X University (formerly Ryerson University) in Toronto. She’s now the host and executive producer of Craftopia on HBO Max — a crafting competition show that wrapped its second season last year — and she co-hosts the relationships podcast Wild ‘Til 9 with her boyfriend Jeremy Lewis who works in technology.

Her DIY Master video series shows her making things like a clay sculpture of her dog and a “chunky knit blanket” with high energy and ease. She also has a series showing her DIYing YouTuber merch, which occasionally resulted in the featured creators cross-promoting her work. “It’s the ability to express yourself and the ability to customize things and it’s just the overall empowerment that I think a lot of people feel when they are able to literally do something themselves,” Lauren said of crafting. “And I think there’s been a massive creator movement especially with platforms like Pinterest and a lot of the shorter form content platforms like TikTok and Reels and so there’s always been a really great niche community for the DIY space.”

Lauren’s first DIY video features her against a blank wall using a black sharpie on a black shirt to demonstrate how to do a skull cut-out. The lighting and shooting are so lo-fi that in 2019 she shot herself doing commentary on the video, cackling over its amateurish nature. Since then, her content has evolved to cater to a more adult audience, mainly women between ages 21 and their early 30s, with videos that go beyond DIY. She hosts “Girl Talk” videos on her YouTube channel where she answers questions about sex and womanhood (Sample: “Is it just me that feels orgasms differently between penetration and masturbation?”)

“I think building off that over the nine years on YouTube, it’s really given me the opportunity to talk about things that I care about so advocating for mental health and just sharing you know authentic parts of my life around being a 28-year-old female who’s in a relationship and, you know, everything that comes with that and just being authentic and normalizing so many things that I think have been considered taboo to talk about in the past,” she said.

Lauren began to vault herself into internet fame between her first and second years in college, which gave her time to pick up on the key parts of the business of being a creator before pursuing it full time after graduation.

She monetizes her YouTube channel and video editions of her podcast through Google’s AdSense program. Wild Til’ 9 has had a variety of sponsors, including Peloton, BetterHelp, Ouai, Bombas, LiquidIV, and HelloFresh. Lauren has had brand partnerships with companies and services like Google Pay, Function of Beauty, Princess Polly, and Dyson and she makes money through her role as host and executive producer of Craftopia. She also recently got involved in angel investing in companies like Lolli, a service that offers free Bitcoin or cash when users shop at a selection of stores; Community.com, a text-messaging service that connects brands and public figures with their audiences; Racket, Kinship, and Stir.

“I was beyond ready to go full time with it as soon as I graduated,” she said. “But I think a lot of creators kind of have to, like, take that leap of leaving your full-time job or deciding to do online school versus, like, staying in physical school, so it turned out really well for me.”

The Brand to Creator Relationship

Just as creators are becoming more intentional about the brands they choose to promote, Lauren says brands are giving creators more freedom in how they approach partnerships. Brands are catching onto the fact that influencers know their audiences well and have a strong idea of what people want to see.

“I think six, seven, eight years ago brands were really hesitant to let some 23-year-old girl who doesn’t have a degree in media and production or business take the reins on a brand sponsorship,” she said. “But I think now they have a better understanding that the influencer or content creator has an in-depth understanding as to what their audience will receive in a supportive light and so they’re really leaning into that and embracing the creator culture.” 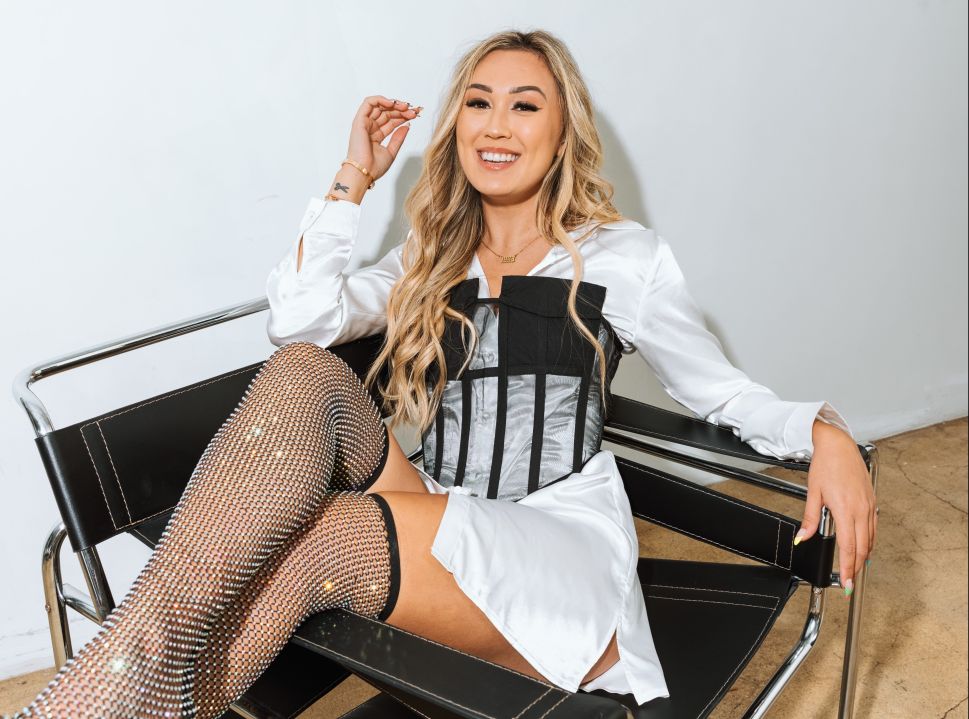