German automobile powerhouse Mercedes-Benz just revealed a concept electric supercar that seeks to end the debate around the so-called “range anxiety” once and for all.

After 18 months in the making, Mercedes this week unveiled the Vision EQXX, a compact electric vehicle that boasts a range of over 1,000 kilometers (621 miles) on a single charge, far longer than that of any production or concept EVs we know of—although the company said the range figures were “preliminary and based on digital simulations in real-life traffic conditions.”

For comparison, the longest-range EV in the market, Lucid Air Grand Touring, has an EPA-rated range of 516 miles. Tesla’s Model S Long Range has 405 miles.

It’s also the most efficient of all existing EV models. The car is partially powered by 117 solar cells built into its roof. The main battery pack, Mercedes said, has been redesigned by its own engineers “so it could accommodate more energy from a smaller and lighter package.” Together, the system achieves an outstanding energy consumption of less than 10 kWh per 100 kilometers, equivalent to 0.167 kWh per mile. Tesla’s 2020 Model 3 Standard Range Plus, the most efficient EV in the market, consumes 0.24 kWh per mile.

“This Mercedes changes the conversation around EVs away from today’s almost total focus on range as a function of battery capacity. In the EQXX, range is a function of a holistic approach to vehicle efficiency,” the auto magazine Motor Trend said in a review.

Mercedes has announced plans to go the fully electric by 2030. Vision EQXX is a demonstration of what it can achieve with the latest technology. Mercedes’ production EVs, about a dozen models in its EQ series, won’t have such impressive specs just yet. 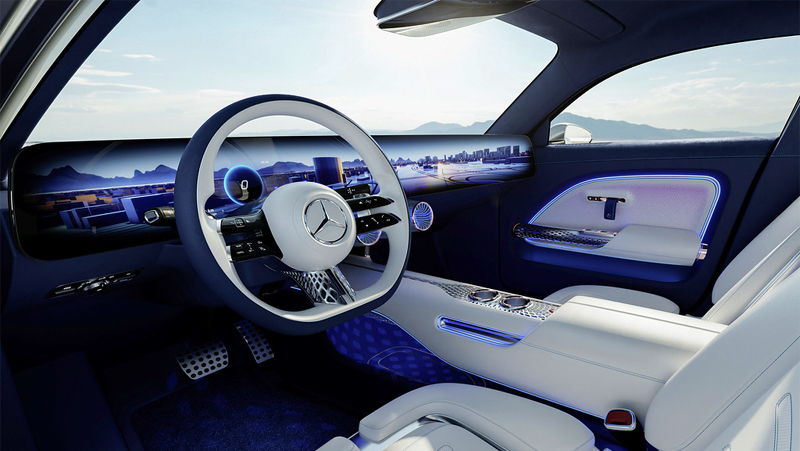 Another message Mercedes wants to send with Vision EQXX is its gradual departure from genuine leather and other animal products.

EQXX’s interior is made of a bio-based leather alternative called Mylo, produced using mycelium, a vegetative structure of mushroom that grows underground. Other materials used in the car include a cactus-based biomaterial called Deserttex and carpets made from bamboo fiber, Mercedes said.

The move is in line with an industry-wide trend. Last year, Volvo, which has stopped making gas cars (it still makes hybrid cars), announced goals to go “leather-free” by 2030 and make recycled and bio-based material account for a quarter of the material used in its news cars by 2025. 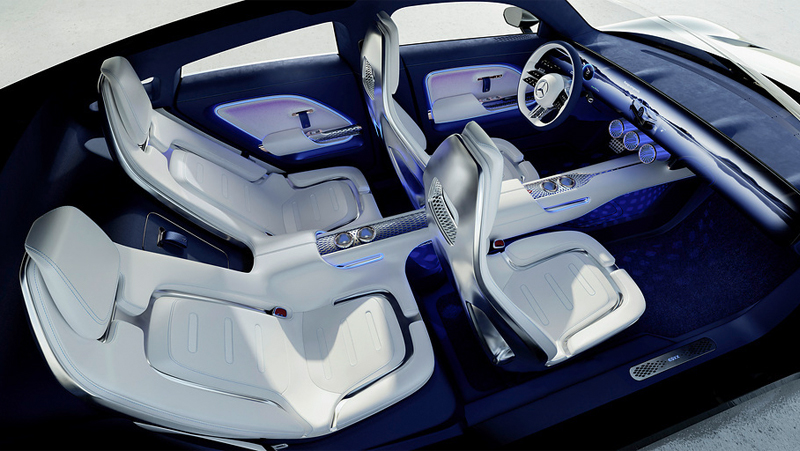 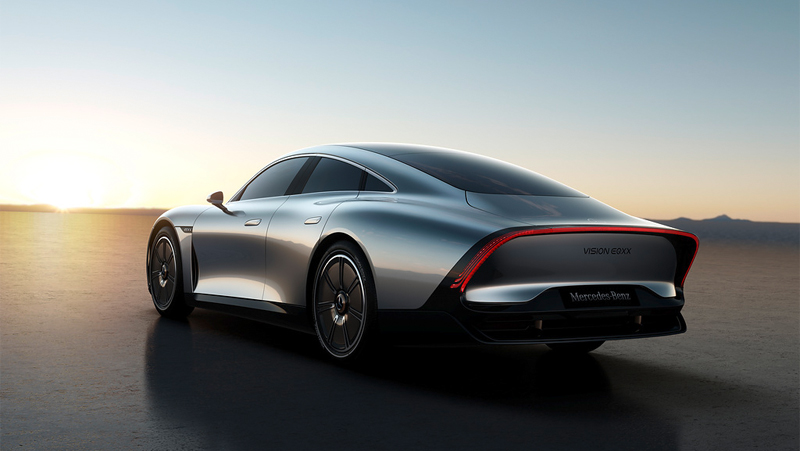