American efforts to return scores of artifacts and relics to the countries from which they were illegally obtained are ongoing, and oftentimes the individual episodes are jaw-dropping. According to new reports, James H. Clark, a Silicon Valley heavyweight and art collector, has forked over 35 pieces from his collection that are largely Cambodian, and which he obtained with the aid of Douglas Latchford, a disgraced British collector and antiquities trader who’s been charged with illegally smuggling and selling Cambodian artifacts on the art market. What sets Clark apart from other collectors who’ve been ordered to relinquish items from their private stores is that he seems actively contrite about his involvement in the scheme he was roped into.

“I was freshly wealthy in the early 2000s,” Clark told the Washington Post. “I naively accumulated a bunch of pieces through Doug Latchford, and it wasn’t until near the end that I thought: ‘You know, this isn’t quite stacking up right.'” Clark goes on to explain that when authorities showed him photos of dirtied artifacts stored his collection last year, he was more than willing to comply. “The photos showed that some of these pieces were clearly unearthed contemporaneously with my purchases,” Clark said. “I said: ‘Look, I’m not here to own things that are illegal. I will give back anything I have that you can demonstrate was illicitly imported.'”

Some of the items Clark had in his collection included bronzes from around Angkor Wat and a bronze Hindu goddess. Latchford, who has since passed away, justified his activities as far back as 2013 by saying that he moved Cambodian items that would have otherwise been “shot up for target practice.” Latchford was also recently linked to 12 artifacts in the Metropolitan Museum of art, and the museum has since begun discussions about the appropriate thing to do with the items in question.

After having relinquished what he acquired to authorities, it appears that Clark will face no further legal consequences, and the 35 items are reportedly going to be returned to Cambodia within six months. Michael Steinhardt, an American billionaire who was banned for life from buying antiquities after authorities found that many items in his vast collection were obtained illegally, also avoided all criminal charges.

A heavily recurring pattern of artifacts popping up in American collections that were acquired by illicit means has recently pushed the US Department of the Treasury to begin drafting new regulations for the antiquities trade. Ultimately, when the items are repatriated to their countries of origin, the benefits are tremendous.

“For the Cambodian people, these lost treasures are of enormous importance,” Bradley J. Gordon, a legal adviser to the Cambodian Ministry of Culture and Fine Arts, told the Washington Post. “Their return is expected to bring prosperity, serenity and pride to Cambodia.” 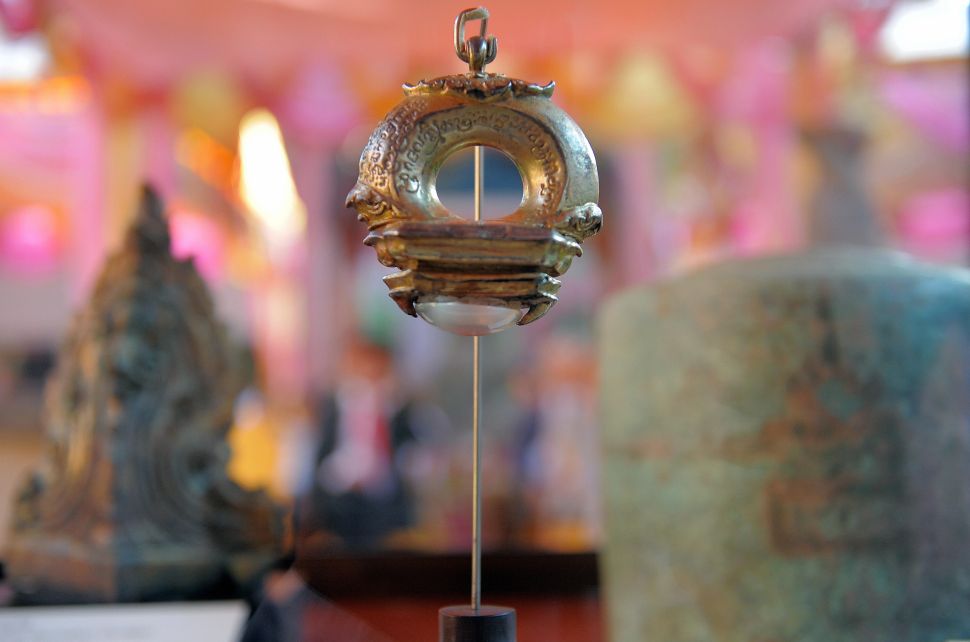