On Saturday, January 8, conductor Carlo Rizzi made his post-pandemic debut at The Metropolitan Opera, conducting a focused and energetic performance of Tosca. The experience of seeing David McVicar’s sensual feast of a production on opening night was to be reminded of why institutions like the Met exist. Tosca includes two intermissions, during which Met carpenters build giant edifices between acts, the ringing of their hammers filling the hall. In Act I there is a religious processional on the street outside the basilica of Sant’Andrea della Valle, for no particular reason, except to show that life goes on in Rome, even as the drama of Tosca unfolds. This is grand opera in the old style, the genuine article, pure and undiluted. Who better to conduct than Met veteran, Carlo Rizzi? He is as much at home in that hall as Tosca and Cavaradossi are at home duetting in the basilica, and the Met carpenters are at home whacking this world into shape with their hammers. That the creation of grand opera is itself a grand opera was fully on display in this production: conductor Carlo Rizzi the nerve center pulsating at its core.

Opera is one of the world’s most complex art forms. To the skill required to turn your body into an instrument capable of filling a grand hall is added the staged component. Then there is the orchestra and sometimes dancing or even juggling in the case of Phelim McDermott’s production of Akhnaten. From a layperson’s perspective, conducting, being the ringmaster keeping this circus of activity in sync, can seem like sorcery.

Carlo Rizzi has conducted at the Met hundreds of times since he began working there in 1993. He was about to get on a plane to New York in March of 2020 to conduct at the Met when the pandemic canceled all operas everywhere for the foreseeable future. Conducting this season’s Tosca and La Bohème, Rizzi told Observer that as he descended into the pit that Saturday, he thought their ability to perform was a good omen, a sign that the worst days are behind us. He is cautiously optimistic about opera’s future under our much-changed circumstances.

“Every time that I give a downbeat now, I don’t take it for granted,” Rizzi told Observer. “Something I realized in this 15 months of inactivity is that it’s a privilege to be able to conduct, to make music, and to be able to work with others.”

Born to a family of non-musicians in Milan, Rizzi discovered opera as a teenager by going to see performances at La Scala. He later received a scholarship that allowed him to study at Milan’s conservatory. After finishing school he worked as a repetiteur at the same theatre where he had seen his first operas. Today he conducts at grand opera houses around the world, including the Maggio Musicale in Florence and the Opéra National de Paris.

Rizzi said that his approach to music now, following the pandemic, is one of increased humility, respect, and joy.

“During the pandemic I started to play the piano much more because I was missing the technicality of producing the sound, not having an orchestra that is my usual instrument,” Rizzi told Observer. “I think if there is a silver lining in all this disaster for our profession and for our work of performing arts, it is that we are much more humble in the way that we look at what we do. Not humble in a diminutive sense, but humble because we are much more grateful that we can do it again.”

The audience at Tosca that Saturday night also seemed grateful. The conversation at intermission was breathless, the smiles giddy as people lifted their masks to sip the pricy prosecco. There was an unusual warmth and connectivity at the Met that night. The audience in the not-quite-full hall was joyful: grateful to be making their own post-pandemic debuts.

Carlo Rizzi’s approach to music and to conducting in general is one of respect and gratefulness. The idea that the classical music world is small and restrictive and overly beholden to the dead seems absurd when speaking to him. For Rizzi, the musical scores he returns to over and over have a bottomless abundance.

“We’re getting older, with more experiences, with different emotions,” Rizzi conveyed. “All this gets reflected in the music, because at the end of the story the music is about shaping, about breathing, about emotions, so every time it is a new thing.”

Paying close attention to scores, reading them deeply, and reading them anew each time as he returns to them with age and a different set of life experiences, Rizzi works from a place of renewal. Going back to familiar music with a changed perspective, he tries to gain new insight into composers’ intentions.

“Now I am not saying that I go into the pit and I say, ha ha, today I will try something new,” Rizzi told Observer. “But I think it is important in the preparation and in the personal time that I have with the score—not necessarily in front of the orchestra, in front of the singer—to really be very honest about what the score tells me. I think this is a vital part of our job because otherwise, as you say, it can become, oh yes, this is another performance, because in the moment that you do that as an artist you are dead.”

There are certain professions—historian, translator, archeologist, conductor—in which one converses with the dead. These are professions that are in dialogue with the past through the medium of a text, of music, or a potshard. Part of the art here is to ensure that you are beholding what is bare before your eyes, and not imposing something that isn’t there. The great interlocutors of classical music have an important job to do in keeping music alive and relevant, especially now that we know that live performance can be ripped away from us at any moment. Preserving a tradition by treating it as living instead of dead, by working from a place of discovery and abundance instead of mere conservation, allows opera to be safeguarded for future generations.

“Tradition,” Carlo Rizzi told Observer, “Is a very ambivalent word because it can be a very wonderful thing, a thread that connects you with the past, but tradition can also be a thread that doesn’t allow you to go forward. So I think it is important to be always thinking or trying to think what the composer wanted. The fact that certain singers maybe in the past did a role in a certain way is a tradition. It doesn’t necessarily mean it is a good or a bad tradition…My approach is the one to first look at the score, try to understand why the composer wrote certain things in a certain way.”

The suspended time of the pandemic, and the sudden return to live performances this fall and winter, has made a very old art form feel new again. That we get to be at the Met with this music seems a privilege. Carlo Rizzi’s respectful and sensitive approach to opera, his reverent shaping of Puccini’s phrases, feels appropriate to our current context. “The beautiful thing when I come back to work with these people is we start like we never left,” Rizzi said of returning to work at the Met. Hopefully global pandemic conditions will allow him to continue picking up where he left off for many years to come. 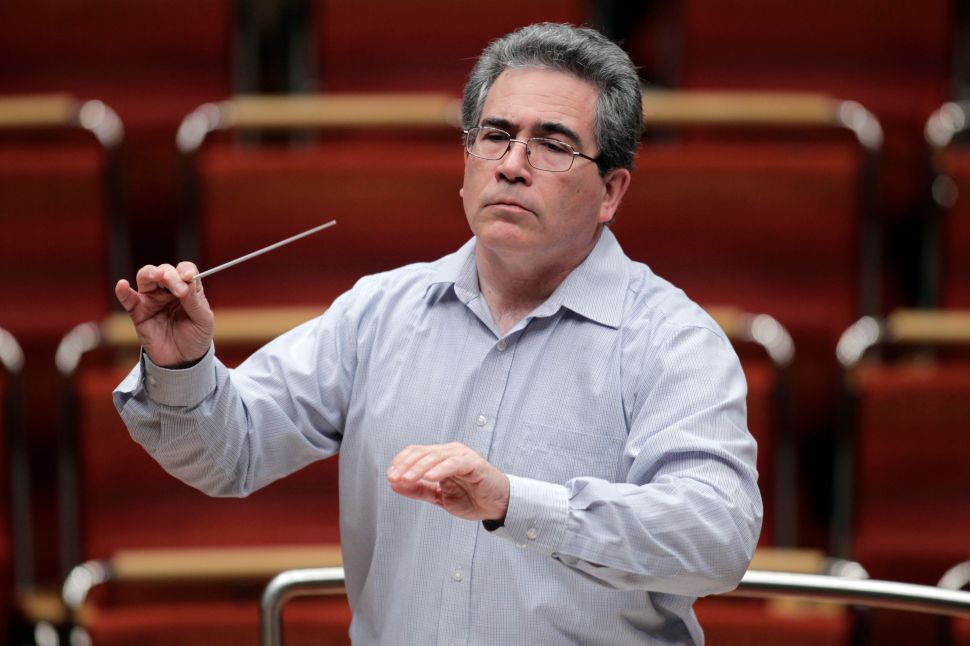