This is exactly what Peacemaker is all about! Though the first three episodes showed signs of greatness, and played every greatest card in the James Gunn book, they were still mostly focused on establishing the characters as more than just comic relief in The Suicide Squad. Episodes 4 and 5 show this group of misfits coming together as a James Gunn found family, while building up a threatening villain who’s truly horrific.

Indeed, episode 4 is largely focused on Peacemaker finding out about the incarceration of his dad, Auggie Smith (Robert Patrick), the villain in question. We get a flashback to a young Christopher Smith (a.k.a. Peacemaker) being forced by his father to murder a man in cold blood as the show continues to make a big effort to build out John Cena’s Peacemaker as a tragic, misunderstood antihero whose tough and ruthless front hides a deeply hurt individual with huge daddy issues. Despite Vigilante (Freddie Stroma) and Adebayo (Danielle Brooks) telling him how big of an asshole his father is, Christopher continues to defend him, no matter how sexist, racist, hateful his words or actions.

Brooks remains the MVP of Peacemaker. Adebayo is both the daughter of and undercover agent for the team’s feared puppet master, Amanda Wallace (Viola Davis), so she completely understands what it’s like to have family loyalty to a control freak with no regard for human life. She sympathizes with Peacemaker while seeing through the barriers he puts up. She’s also the only one in a team of blood-thirsty killers who has genuine hesitations about shooting people, which adds both comic relief and a deep emotional undercurrent to her relationship with Peacemaker.

Then there’s Auggie, a.k.a. White Dragon. If a group of white supremacists kneeling before him and doing a Nazi salute shouting “heil!” wasn’t enough of a hint, we get confirmation of his supervillain status, complete with an over-the-top white-and-red suit. Patrick does an excellent job selling the complete disdain for everyone who doesn’t look like him, giving off a hateful vibe while masking his true intentions and abilities. We still haven’t seen him in action, but the fact that even the menacing Project Butterfly members want him to stay in prison does as much to reinforce the idea of White Dragon as a dangerous villain than as battle could.

Still, we do get one prison brawl when Vigilante volunteers to get himself imprisoned in order to murder White Dragon as a favor to his BFF Peacemaker. He doesn’t go through with it, but he does show off his fighting skills, beating the shit out of a group of white supremacists after he’s mocked them by explaining the foundational contributions of Black musicians to American popular music, including country.

Episode 5 brings us to the team’s first successful mission. During a briefing that spells out what we suspected last week—Project Butterfly involves a race of aliens that crawl up the orifices of any living being and controls them like puppets— Peacemaker airs out his grievance with Economos for framing his father by listing dozens of people that could have taken the fall: Ariana Grande, Ice T, Ice Cube, Danny DeVito, Optimus Prime. Once Cena’s flexed his comic chops, Peacemaker, Vigilante, Adebayo, John Economos (Steve Agee) and Harcourt (Jennifer Holland) head out to a factory to investigate the source of the weird goo that the Project Butterfly members use as a food source.

The mission is a delight to watch, as Gunn gives us a great mix of banter and dynamic action. On the way to the factory, Peacemaker discovers he actually has a ton in common with Economos, mostly their love for Finnish hair-metal band Hanoi Rocks, and there is a long discussion about the merits of glam rock, “when men were not afraid to be women” as Peacemaker would say. Once inside the facility, the team splits up, with Adebayo going with Peacemaker, who uses a new X-Ray helmet to instantly identify who is a butterfly and kill them straight away. For her part, Adebayo tries to show off her badass killer instincts by . . . shooting the already-dead butterflies. Of course, things go south real quick, and the team faces off against a group of superpowered butterflies augmented by gorilla controlled by a butterfly. (Hopefully, this means we are one step closer to an appearance from Gorilla Grodd.) Everyone gets saved not by Peacemaker or Vigilante, but by Economos, who brutally kills the gorilla with a chainsaw, much to Vigilante’s displeasure, since he’s the one who brought the chainsaw along.

The team celebrates by rocking out on the ride back, while the notoriously hardcore Harcourt takes a picture of the team and creates a group chat with them. This is where this group of misfits becomes a family of misfits, even if they continue to forget about Eagly the eagle. We see Adebayo bonding with Peacemaker, as she goes to his trailer to share a beer (and also a disgusting cocktail that includes maple syrup, vinegar, and butter). They grow closer as she asks about Peacemaker’s brother, whose death was apparently Peacemaker’s fault. But before she leaves, Adebayo fulfills a secret mission for Amanda Waller, planting his diary in his home. What’s inside the diary? We don’t know, but it cannot be good.

And if that wasn’t difficult enough for Adebayo, as episode 5 ends with her discovering what the audience found out in episode 4: team leader Clemson Murn (Chukwudi Iwuji) is a butterfly. He chases her and attacks as we cut to credits. Is anybody who they say they are? Can the team survive if they can’t trust their own? We’ll find out soon, but for now, Peacemaker is turning into one hell of a superhero tale. 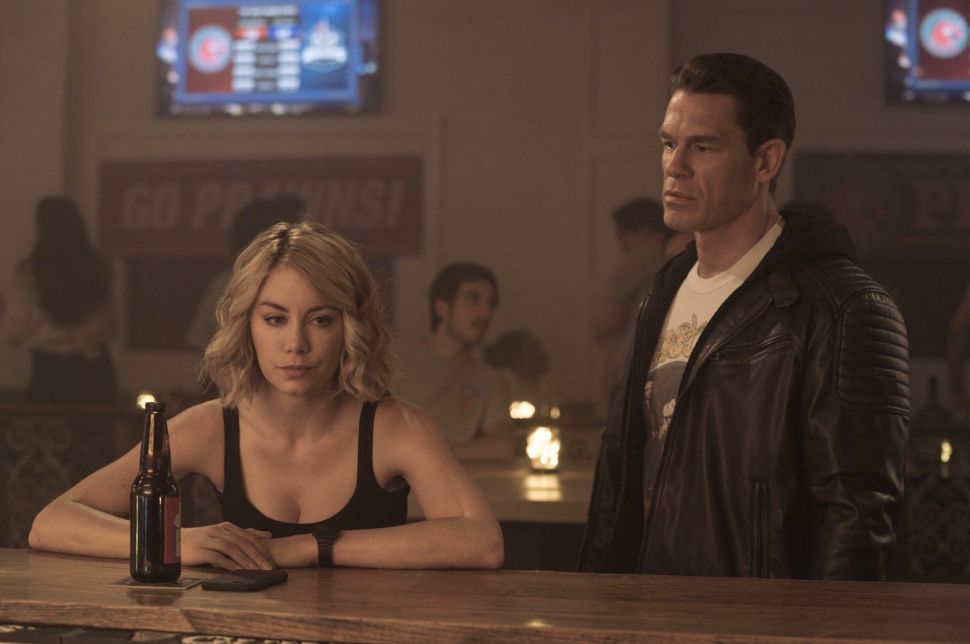