It’s not a great time for transgression. Mask wearers and non-mask wearers alike are snapped at for their choices; venturing outside your home with a positive test result before your quarantine’s expired is a legitimately dangerous act; cultural productions of all mediums are picked apart online before they even have a chance to breathe. Thank god for good old physical art, then, and thank god for debuts in real-world spaces. This past Saturday, Perrotin New York debuted their new group show “Late Night Enterprise,” a venture satisfyingly packed with work aimed towards the notion of “how nocturnal economies — romantic, monetary, and corporeal — act as a foil to the sleek logic of daytime activities.”

People have always tried to pull things off “under cover of darkness,” but what if the witching hour that was supposed to blanket your elicit exchanges highlighted them instead? These theme is reflected in the vivid green hues that a few works in the show exude. Sam McKinniss’s Jennie captures Chloë Sevigny’s Kids ingenue as she wanders through a party, shellshocked in the aftermath of testing positive for HIV, flooded in green. And tendrils of green nets form the backdrop for Richard Kennedy’s huge acrylic and nylon tapestries.

“I started the torn paintings in a manic post Pfizer vaccine come down,” Kennedy told Observer on Wednesday. “Weaving queer triumphs and failures into a cargo net, I was thinking a lot about the notion of tossing flowers to queer icons we lost too soon. I spent a lot of my youth looking for mentors, painting flowers is my way of honoring the generations lost to HIV and queer tragedy. I can’t wait to see what night culture looks like in the near future, as the light of youth and wisdom of queer elders intersects to transform the world into a more colorful space, a place where we can all dance in the twilight of the late night.” 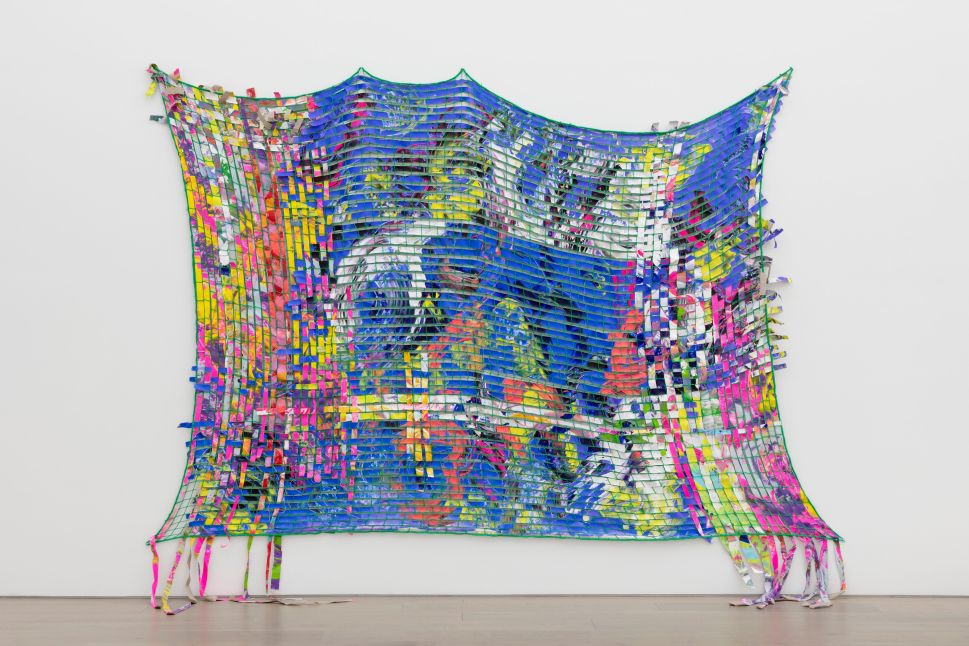