Pfizer and BioNTech on Tuesday announced the initiation of a clinical trial of an Omicron-targeted vaccine. The study will evaluate the safety and efficacy of the new vaccine in up to 1,420 participants ages 18 to 55 across three cohorts assigned with different combinations of the current Pfizer-BioNTech COVID-19 vaccine and an Omicron-based shot, the companies said.

“While current research and real-world data show that boosters continue to provide a high level of protection against severe disease and hospitalization with Omicron, we recognize the need to be prepared in the event this protection wanes over time and to potentially help address Omicron and new variants in the future,” Pfizer’s head of vaccine development, Kathrin Jansen, said in a statement Tuesday.

In an interview with CNBC, Pfizer CEO Albert Bourla said the new vaccine will also target other COVID variants that are circulating. Bourla said earlier this month that Pfizer will have an Omicron-targeted vaccine by March if needed.

Moderna, the other mRNA-based COVID-19 vaccine manufacturer, began developing an Omicron-based booster in late November while testing three existing boosters against the variant. Clinical testing is expected to begin in February, or 60 to 90 days following the initial development, Moderna has said.

Last week, the CDC said three new studies found that a third dose of the Pfizer-BioNTech or Moderna vaccine was 90 percent effective at preventing hospitalization from Omicron 14 days after injection.

The data echoed findings from earlier research overseas, including studies in Germany, South Africa and the U.K. However, existing mRNA vaccines show reduced protection against mild symptomatic infection. A U.K. study published earlier this month found that a third booster shot was up to 75 percent effective at preventing Omicron symptoms two to four weeks after injection but only 45 percent to 50 percent effective after about 10 weeks.

The Omicron variant was first detected in South Africa in late November and began spreading to the rest of the world in December. There has been debate over whether a variant-specific vaccine is needed. Data from South Africa has suggested that the spread of Omicron peaks at about four weeks and slows down rapidly after that. 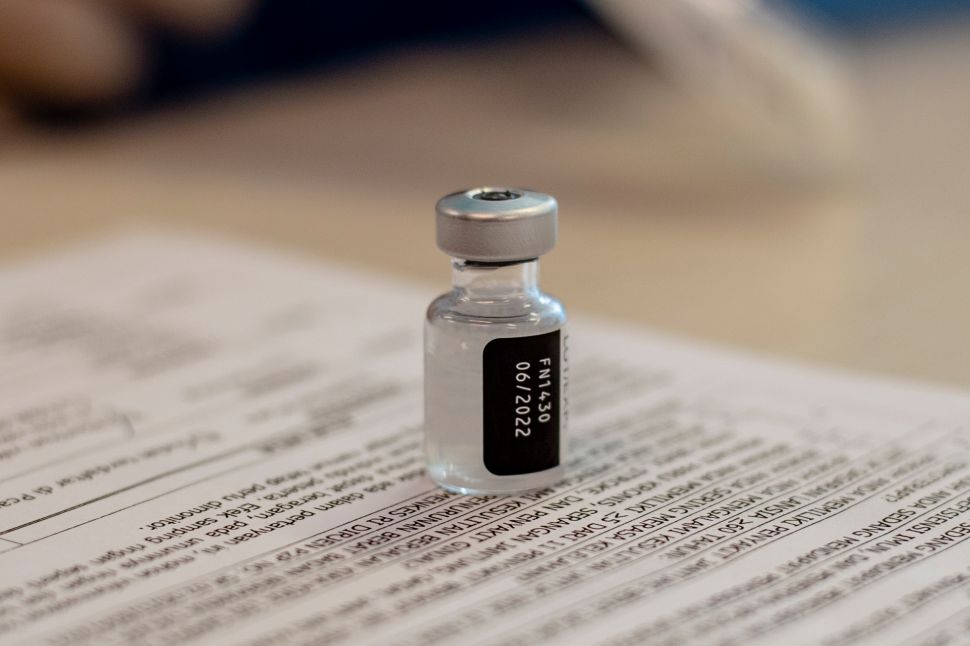