It’s been nearly two years since Prince Harry and Meghan Markle last made a joint trip to the U.K., but the Sussexes were expected to travel back across the pond this spring, and they were reportedly planning on bringing their children along, too.

While the Duke and Duchess of Sussex continue to maintain Frogmore Cottage as their official U.K. residence, they were actually invited to stay in a different royal abide during their visit. Prince Charles reportedly invited Prince Harry and Meghan to bring Archie and Lili and stay at his home on their next trip to England, as he wants to “spend quality time with his grandchildren,” per the Mirror. The royal family hasn’t seen Archie IRL since late 2019, and they’ve never actually met Lilibet, who was born in June 2021, in person.

Prince Charles has kept in touch with the whole Sussex family via plenty of video calls, but the Prince of Wales feels he is missing out on seeing them in person, which he is hoping to “remedy,” a royal source told the Mirror, which is “why he made the gesture for Harry, Meghan and the children to stay with him if they wanted to, whenever they may come home for a period of time.”

Prince Charles reportedly first made the gesture leading up to Christmas, but it seemed more likely the Sussexes would take him up on the offer during their upcoming trips the U.K., as they were expected to travel to London for Queen Elizabeth’s Platinum Jubilee celebrations in June. Prince Harry was also reportedly planning on returning to England to attend a memorial service in honor of Prince Philip at Westminster Abbey in April.

Over the weekend, however, Prince Harry made clear why the Sussexes might not be traveling back across the pond as a family anytime soon. On Saturday, Prince Harry’s legal representative shared a statement regarding a U.K. government decision that prohibited the royal from personally paying for police protection when he visits the U.K. with his family, and explained why Prince Harry is seeking a judicial review, in which the decision would be reexamined.

After Prince Harry and Meghan stepped down from their senior royal roles in early 2020, they lost U.K. taxpayer-funded security. While Prince Harry offered to fund continued police protection, his request was not approved by the U.K. Home Office. The Sussexes, who now live in California, have instead personally paid for a private security team for the past two years, but according to the new statement from their legal rep, their private team simply cannot provide the same level of protection in the U.K., and “In the absence of such protection, Prince Harry and his family are unable to return to his home.”

The Sussexes decided to release the statement (which can be read in full via royal expert Omid Scobie’s Twitter) now due to another leak in a U.K. tabloid. The statement also revealed that the Sussexes’ fears over security concerns were sadly proven valid during Prince Harry’s most recent trip to the U.K. over the summer, when he returned to London to attend the unveiling of a statue in Princess Diana’s honor with his brother, Prince William. According to the statement, Prince Harry’s “security was compromised due to the absence of police protection, whilst leaving a charity event.”

“As is widely known, others who have left public office and have an inherent threat risk receive police protection at no cost to them. The goal for Prince Harry has been simple—to ensure the safety of himself and his family while in the UK so his children can know his home country.” Hopefully, the situation gets sorted out so that the Duke and Duchess of Sussex are able to travel back across the pond with Archie and Lili this year. 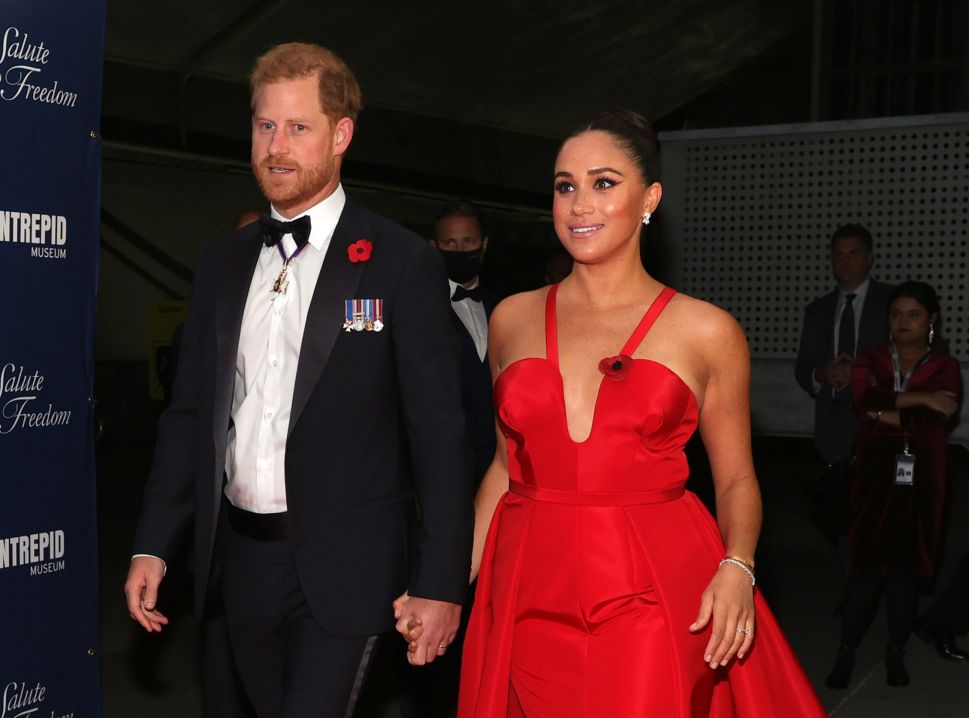