A space startup headquartered in the suburbs of Seattle is attempting to revive a spaceship concept that failed in the 1990s, hoping that technological progress in the past three decades can make it a reality in the 2020s.

Radian Aerospace, based in Renton, Washington, came out of stealth mode Wednesday with an announcement that it had closed a $27.5 million seed round investment led by Fine Structure Ventures, a venture capital fund affiliated with the parent company of Fidelity Investments.

Radian is working on a reusable spaceplane called Radian One, designed for carrying people and “light cargo” to low Earth orbit and taking off from a runway instead of a rocket launch pad.

The concept is similar to Virgin Group’s “horizontal launch system” used by its space tourism unit Virgin Galactic and satellite delivery service Virgin Orbit. Virgin Galactic’s spaceplane can only reach 50 kilometers in space, far below the altitude of Earth’s orbit. Virgin Orbit uses a modified Boeing 747 to carry a satellite-delivering rocket to the middle of the sky before it launches further to reach orbit.

Radian shares the same goal with many human spaceflight-focused startups nowadays. “We believe that widespread access to space means limitless opportunities for humankind. Over time, we intend to make space travel nearly as simple and convenient as airliner travel,” Radian cofounder and CEO Richard Humphrey said in a statement Wednesday.

Spaceplanes belong to a category of spacecraft called single-stage-to-orbit (SSTO), referring to vehicles that can reach orbit without expending tanks or engines. The concept is now new in the space industry. Several companies pursued efforts in the 1990s, notably Lockheed Martin’s X-33 project commissioned by NASA. The project was abandoned before in 2001 before reaching the sky due to technical problems.

Ridian’s chief technology officer, Livingston Holder, was on the team leading Boeing’s proposal for NASA’s X-33 contract in 1994. “Back then I was convinced that, technically, one could indeed create a single-stage-to-orbit system but it would be hard for that thing to be a commercial enterprise because it was so expensive,” he said in an interview with SpaceNews.

Holder said several key technologies have advanced since then, including carbon composite materials for airframes, thermal protection systems and propulsion. “We’re enabling a capability by integrating technologies that have matured over the last few decades,” he said.

Few design details about Radian One have been disclosed. Until now, Radian has largely worked on conceptual design of the spaceplane. Proceeds from the seed round will fund its transition into the hardware development phase, the company said.

Radian is currently hiring several key roles, including aerospace engineer, CAD engineer and senior systems engineer, according to its website. 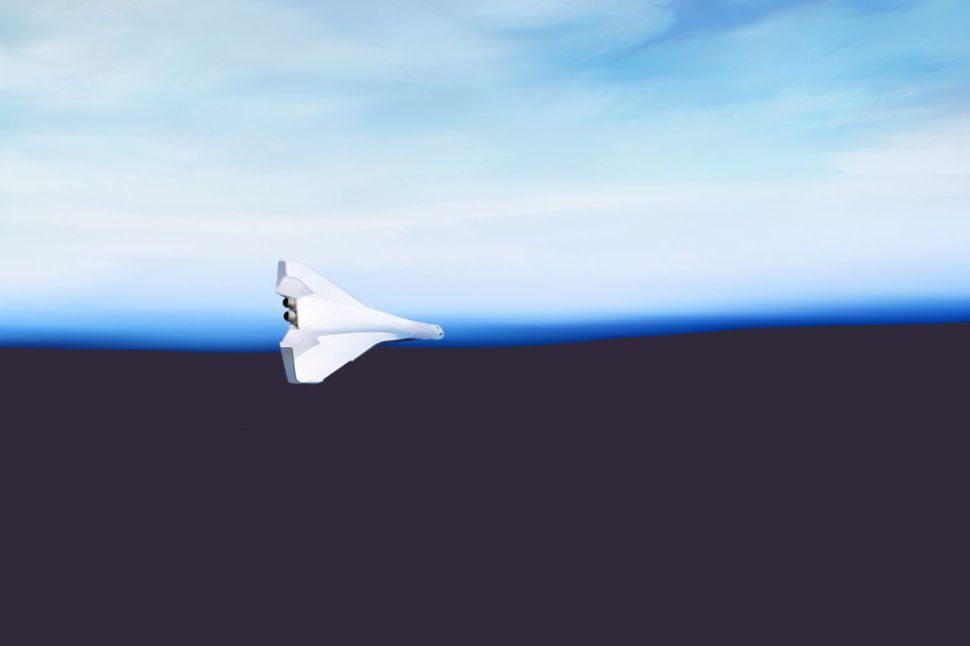