Tesla is set to report 2021 fourth-quarter and full-year earnings Wednesday afternoon. Wall Street analysts expect strong financial results after the electric carmaker reported record vehicle deliveries for Q4 and 2021 earlier this month. More importantly, they will be looking out for updates on Tesla’s new models, including the highly-anticipated (and delayed) Cybertruck, Semi and Roadster.

Hinting at an imminent Cybertruck rollout, CEO Elon Musk tweeted Tuesday night that he was driving the latest prototype around Tesla’s new Gigafactory in Austin, Texas, and “it’s awesome!”

Cybertruck was first introduced to the public in November 2019 and originally scheduled to go on sale in 2021. Production has been postponed multiple times due to design changes and ordering of manufacturing equipment, among other reasons. Tesla now aims to begin delivery in late 2022 and possibly early 2023.

Over the weekend, the Tesla fan forum “Cybertruck Owners’ Club” posted online leaked photos of what appeared to be the latest Cybertruck prototype taken inside a Tesla factory. The photos show several changes from the original Cybertruck design debuted in 2019, most notably the addition of side view mirrors, a giant, single-arm windshield wiper that parks vertically along the roof pillar, and the absence of any door handles. (Musk has said doors will open automatically as you approach the vehicle.)

Despite its unusual look, Cybertruck is designed to be a mass-market, full-sized electric pickup truck. Since accepting pre-orders in November 2019, Tesla has reportedly sold between one million and three million Cybertruck reservations, according to third-party trackers. (Tesla doesn’t disclose exact numbers.) Tesla currently manufactures less than one million vehicles across its Gigafactories in California and China. Production capacity is expected to ramp up rapidly with the addition of two new factories in Berlin, Germany and Austin, Texas.

Earlier this month, Tesla reported that it delivered 308,600 electric vehicles globally—the vast majority being Model 3 and Model Y—in the fourth quarter of 2021, another record. Its full-year delivery was just shy of one million, at 936,172, representing almost 100 percent growth from 2020. 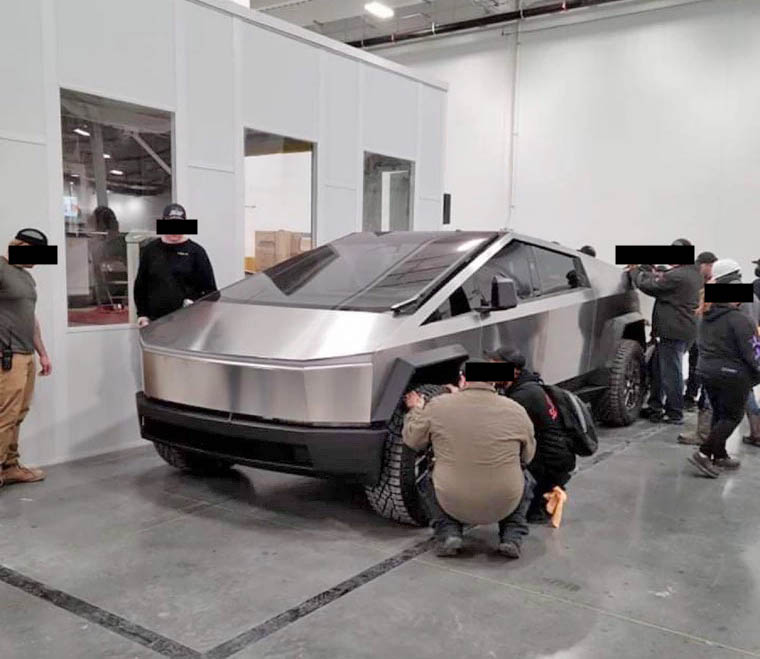 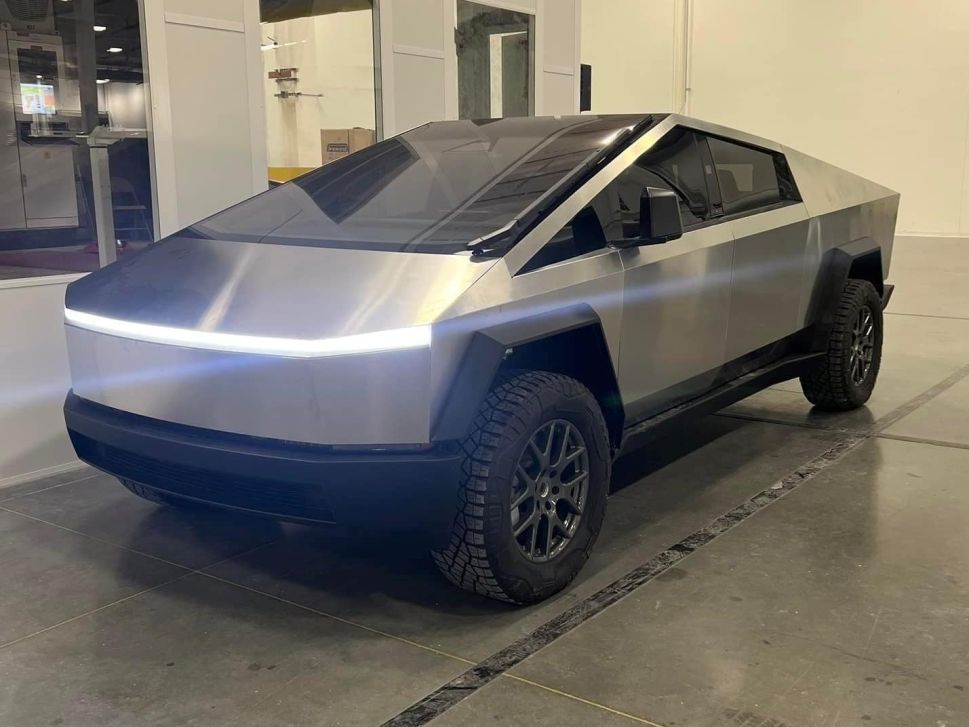