Tesla’s “Full Self-Driving” system isn’t sophisticated enough to allow for hands-free driving just yet. But, in less than two years, the software package’s price has gone up 50 percent.

Monthly subscriptions for the FSD package, which currently cost $199, will also rise “when FSD goes to wide release,” Musk said in a separate tweet.

The price hike may seem aggressive, but it’s hardly a surprise to Tesla owners. Musk has said back in April 2019, when the first version of FSD was launched, that the price “will increase substantially over time” as its driver assistance functionalities improve. “FSD price will rise as we get closer to FSD production code release,” he explained on Friday.

FSD is a premium package that includes all the features of Autopilot, Tesla’s standard driver assistance software that comes with Model 3, Y, S and X, plus advanced functionalities such as automatic lane-changing, stop light recognition and “smart summon,” which allows drivers to summon their cars from a parking spot to come pick them up.

It’s unclear how many Tesla owners will be affected since Tesla doesn’t disclose the number of customers who have purchased or subscribed to the FSD package.

Also on Friday, Musk teased a new version of FSD Beta, an invitation-only program that offers even more advanced driver assistance features. According to videos shared by Tesla owners who were qualified for the program, the latest Beta allows drivers to choose from three driving profiles—Chill, Average and Assertive—that dictate how the car will react to certain situations on the road. Under the “assertive” setting, Tesla notes the vehicle will “have a smaller follow distance,” “perform more frequent speed lane changes,” and “may perform rolling stops.”

And despite its name, Tesla FSD is by no means “full self-driving” yet. The company has told the California Department of Motor Vehicles that the most advanced FSD package remains at a level 2 autonomous driving category, the third of the six levels of driving automation defined by the Society of Automotive Engineers (SAE). These standards are adopted by the U.S. Department of Transportation.

Under a level 2 designation, a driver is required to stay alert behind the wheel at all times. 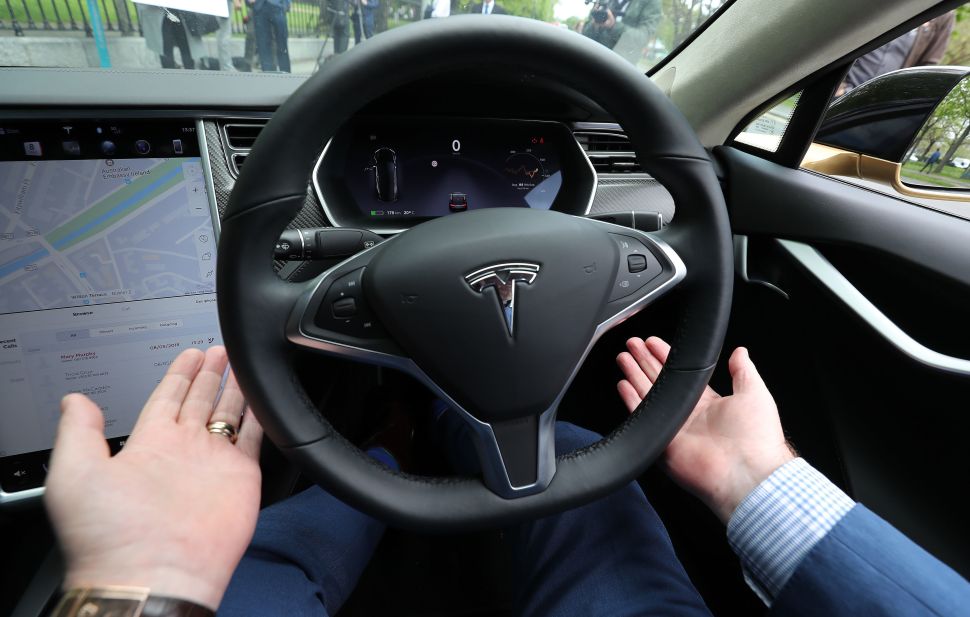