We’re now three weeks into The Book of Boba Fett, and it seems as if we’re in for a bumpy ride. After a mediocre series premiere and a genuinely engaging second episode, today’s new chapter is a total mess. “The Streets of Mos Espa” is awkwardly paced, flatly performed, and squanders every opportunity to generate drama or excitement.

The episode is, theoretically, about Boba Fett (Temeura Morrison) losing one family and beginning to build a new one. When a price-gouging merchant (Stephen Root) comes to the palace seeking protection from a gang of cybernetically-enhanced ruffians, Fett decides instead to hire the thieves as his new enforcers and muscles the merchant into setting fair prices. These new characters ought to add . . . something, but the four gang members are, so far, unnamed and interchangeable, except that each rides a different color of the same Vespa-inspired speeder-scooter. (Their leaders are portrayed by Sophie Thatcher and Jordan Bolger.)

Once again, Fett shows little interest in personal profit or in using force unless struck first, and while this establishes him as an honorable man, it also means that this series about a supposed crime lord is lacking in crime drama. Fett is paid tribute by the various shops and institutions around Mos Espa (including the monger), which implies that he runs a protection racket, but that only works if the “protectee” fears reprisals if they don’t pay up. Fett seems to want to run protection from a place of mutual benefit rather than greed. He doesn’t really want to be the kingpin, he wants to be the sheriff. This could be the makings of an interesting character conflict, but nothing has come of it so far.

In a flashback, Fett returns from a negotiation with the Pyke cartel to find that the Tusken tribe that made him part of their family has been completely wiped out by the Nikto biker gang that laid claim to their ancestral territory. After spending most of the previous episode getting to know the tribe and investing in their culture and individual lives, it feels more wasteful than tragic to reveal their deaths via a scene nested in the first third of an episode in which none of them appear alive. The placement of the scene and Morrison’s stoically understated performance drain the moment of most of its potential power. A later scene in which Fett bonds with his new pet rancor (and a trainer played by Danny Trejo) is granted more emotional weight.

Back in the present, Fett’s investment in his new entourage pays off when they thwart an attempt on his life by the Wookie assassin Black Krrsantan (Carey Jones). Krrsantan works for the Twins, Jabba’s niece and nephew who’ve been challenging Fett for their uncle’s fiefdom, and Fett struggles (very briefly) to decide how to respond to the attack. This could be an opportunity to test the limits of his mercy or explore the consequences of his softball approach to criminality, but instead he’s bailed out in the very next scene and doesn’t have to make a decision after all. The twins arrive at his doorstep unbidden to apologize to Fett and inform him that they’re leaving Tatooine, not as a consequence of the failed assassination but because the mayor has promised the planet to a third, more dangerous syndicate with whom they’d rather not compete. The twins arrived last week, they depart this week, and Fett has no impact on their dealings whatsoever. (Fett also releases Krrstantan from his dungeon as a professional courtesy, just in case you forgot that he’s a very reasonable man.)

In the absence of any internal character conflict, one would hope that The Book of Boba Fett delivers in the action department. Black Krrsantan’s assault of Fett catches our protagonist unarmed against a larger, stronger opponent, but all the quick cuts and slow-motion impacts can’t hide that there’s no drama in the choreography. (For example: A close-up reveals that Krrysantan is wearing a spiked knuckle duster that’s charged with electricity. He clocks Fett with it, and Fett shakes it right off and is left without a scratch. Why is it even there?) This isn’t nearly as much of a letdown as the speeder chase in which Fett’s new gang pursues the Mayor’s aide across Mos Espa at what looks like about 30 miles per hour.

In truth, a new entry in the Star Wars canon has a pretty low bar to clear to be worthwhile viewing for a committed fan. “The Streets of Mos Espa” commits the one sin that no Star Wars entry can get away with: It’s just plain boring. 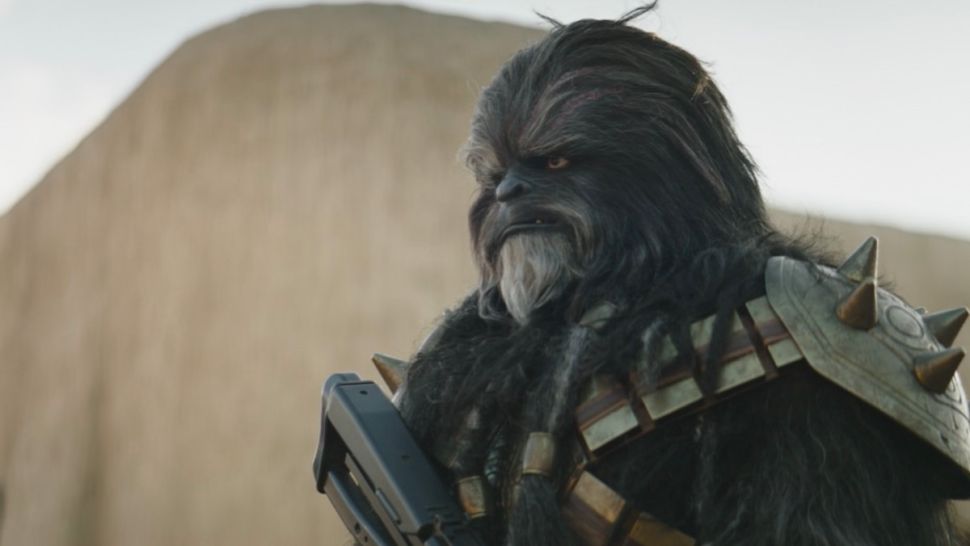