Lourdes Lopez has been many firsts. The first Latina Principal dancer at the New York City Ballet, the first artist elected to join the Ford Foundation’s Board of Trustees and the first woman to run Miami City Ballet. As Artistic Director of MCB, Lopez also happens to be the only woman artistic director among the ten largest ballet companies in the country.

The lack of feminine leadership in ballet companies around the world may be surprising, especially when considering that women ballet students outnumber men by 20 to 1, yet it remains the norm. According to a Dance Data Project survey of nearly 150 ballet companies internationally, 64% of artistic directors are men, with women holding 36% of the top artistic jobs. For those companies with a Resident Choreographer position – a choreographer that works with one company in particular – men represent 71% of the total. Domestically, the numbers are even more striking. At the 50 largest ballet companies in the US, only 29% of Artistic Directors from founding to present have been women.

The reasons for this gender gap, according to Lopez, are many. “It’s a perfect storm of a lot of things,” she told Observer during a recent phone call. “You may have a board of directors that feel a man can raise money more easily, which is not true. While it is changing, there’s still unfortunately that bias,” she explained. In addition, there is the nature of the job, one that can make it difficult to have a family and work-life balance. “Being an artistic director is just like being a dancer. It is 24-7,” Lopez said.

There are also the realities of ballet as an art form: that dancing en pointe is simply more difficult and requires more technical training, that there are more women competing for roles, which can breed insecurity and a sense of not belonging, and, simply, that the life of a woman dancer can be more demanding. “If you’re a woman in a ballet company, chances are you’re dancing more than the men…when you’re dancing a lot, you have less time outside that theater, less time to meet other people, less time to go to school, to explore,” Lopez explained.

Lopez’s own exploration outside the theater began with an injury that sidelined her for two years. During that period, she took the opportunity to enroll at Fordham University, where she ultimately earned a Bachelor’s degree, something she would recommend any dancer do. “One thing dancers can do really brilliantly is learn,” she said, “It is your ability to learn, get into any environment, look around you, understand what’s happening, pick up what you need and absorb it that is essential. In many ways, everything that I needed to succeed in the world outside of ballet I had learned inside ballet.”

Lopez’s ballet career was long and illustrious. She enrolled in her first dance class at the age of five in Miami. At 11, she received a scholarship to the School of American Ballet, the official school of New York City Ballet and, at just 16 years of age, was tapped by the legendary George Balanchine to join NYCB as a member of the Corps de Ballet. Lopez rose through the ranks thereafter, securing promotions to Soloist and, ultimately, Principal dancer. She continued to dance with the company until she was 39, choosing to retire after a career of over two decades.

After leaving NYCB, Lopez began her second act, one that would eventually bring her to MCB. Her path from dancer with a degree to Artistic Director at a top company was by no means linear, but each step helped to build the unusual and particular set of skills needed to run a ballet company. She went from a Cultural Arts Reporter at WNBC to faculty member at Ballet Academy East and then on to the role of Executive Director at the George Balanchine Foundation. After nearly five years with the Foundation, Lopez teamed up with fellow NYCB alum Christopher Wheeldon to found Morphoses, a contemporary ballet company. It was while leading Morphoses (currently inactive) that MCB came calling.

“I do want to point out,” said Lopez, “that the Miami City Ballet Board of Directors, in 2012, chose a female Hispanic with no experience as an artistic director to run the company…I had taught, I had run a small company, but not as a true artistic director. So, when I think back, it’s an extraordinary thing that they felt I was the right person for the job.” An extraordinary thing that, 10 years later, still feels so. How can we begin to see more women in these top jobs? “Ultimately,” Lopez said, “what’s going to change it are role models. [If] you’re seeing your artistic director is a woman, you’re understanding I can do that, too.”

Over the last decade, Lopez has had many highlights in her role, and also some lows. Her crowning achievement came last year, in the midst of the pandemic. Performances of The Nutcracker, one of the most cherished ballets and a staple of the holiday season, were cancelled across the country. Yet, at Miami City Ballet, the show carried on. “We managed to put on 15 performances of a hybrid Balanchine Nutcracker outdoors,” Lopez explained. “It was truly unimaginable – that’s the only way I can describe it.” The production required 150 people – dancers, staff and students – daily covid testing, a donation of space from the city, healthcare help from Baptist Hospital and a number of other logistical hoops. The result was a triumph. “It’s the proudest, most emotional I’ve been in my whole life,” Lopez said. “Just because I felt it showed what can be done if people really come together for the same purpose.”

If there is one thing that Lopez is still working towards, it’s that sense of community. “When a company can say we belong to that city and that city is better because we are here, and the company is better because we’re here, that’s ultimately what I want for MCB, and that’s a big ask.” One of the ways to build this, Lopez understands, is through outreach. “It’s important to give access to the community, open those doors, let them in,” she said. As someone who immigrated with her family from Cuba, who was given not only access to the art form, but also financial support to pursue it, Lopez understands how essential that is. “​​Then what happens?” she asked, “That Latina immigrant from Miami can go to New York and compete for one of the great jobs. Why? Because someone gave me access and then someone said, we’re going to pay for it.”

While Lopez works to embed MCB in the fabric of its home city, she is also busy inaugurating more firsts at the company. This February, MCB will stage Alexei Ratmansky’s “Swan Lake.” It is the first time the work will be performed in North America, the first time a production of “Swan Lake” will enter the MCB repertory, and the first time the company will dance in a full-length, three-act piece. “It’s pushing us artistically, but also administratively and financially…it’s just the greatest classical ballet, a jewel in the ballet crown,” Lopez said.

Yet no matter what happens and how things change, there is one particular life lesson Lopez will always take with her. It came, not surprisingly, from Balanchine. “After my promotion to Soloist, I ran up and caught him before he took the elevator and I said, ‘I just wanted to thank you’…And he said, ‘Dear, why are you thanking me? You did the work’,” Lopez recalled. “He gave back to me the empowerment of saying, ‘No, you did it, I didn’t do anything.’ I never forget that, I remind myself every day: this is your work.” 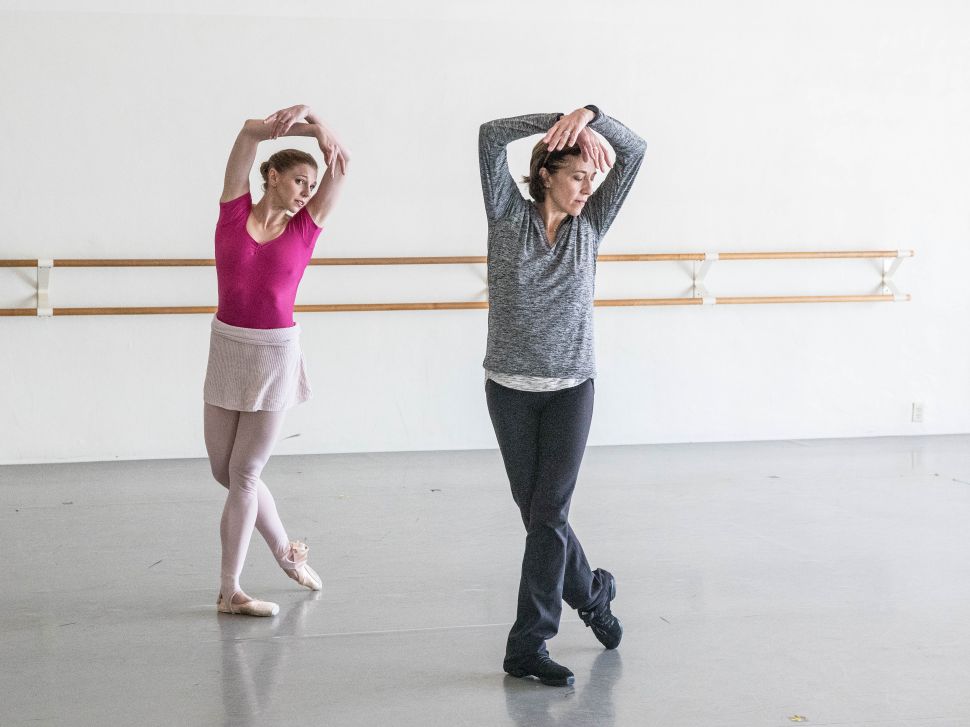