It seems to be a bad time for luminaries in the arts. Mere weeks after the successive deaths of sensuous scene chronicler Eve Babitz, California genius Joan Didion, influential designer Virgil Abloh and fashion world impresario André Leon Talley, couture has lost another central figure: Thierry Mugler, the mastermind behind his eponymous fashion house and a bombastic creator who favored futuristic, alien designs, passed away on Sunday at the age of 73, his friends confirmed. A cause of death has yet to be released. Mugler was never timid; many storied fashion houses prize elegance and understatement above all else, but when Mugler founded his brand in 1973, his objective was to blow the stuffy fashion universe apart with over-the-top provocations.

a genuine RIP to the industry’s greatest. nobody could better optimise the human silhouette. he understood the contours of the female form like a second skin. everything felt like an ode to women, mugler forever pic.twitter.com/vhFAjPNW0m

Mugler’s clothes were as unapologetically sensual as they were weird and Barbarella-esque. Highly attuned to the curves of a woman’s body, his creations emphasized these natural elements with deliberately unnatural flourishes: enormous shoulders, bizarre headpieces, leather, latex, ostentatious bustles, skull cap/sunglasses hybrids that looked like exposed brains. Leon Talley may not have believed that fashion was art, but Mugler contested this notion with every stitch he made.

Mugler began his professional career as a ballet dancer, and the baroque theatricality he carried over from one medium to another was evident. Unlike other designers and storied fashion houses, which usually kept (and continue to keep) their shows trimmed down to a crisp 15 minutes, Mugler’s presentations could stretch as long as an hour, and they were mesmerizing from beginning to end. For the brand’s 20th anniversary blowout, Mugler enchanted his audience with 300 looks and a James Brown performance.

And this wasn’t a man who only trafficked in the avant-garde; unfurling garments far beyond the tastes of most everyday consumers. Mugler’s Angel perfume, the fashion house’s first scent, created an unprecedented sensation that persists to this day. Where iconic eau de parfums before it had favored delicate florals and astringent musks, Angel essentially invented the “gourmand” category: with notes of caramel, chocolate and sandalwood to balance out the sugar. Angel rendered its wearer positively edible.

“For me, beauty comes from the freedom to dare to be different,” Mugler told T Magazine in 2019. “It’s all about being extremely yourself. Beauty is not used anymore as an emotional link for people, which is not right, because beauty is one of the most important things in life — and the world — if you are taking the time to look at it.” 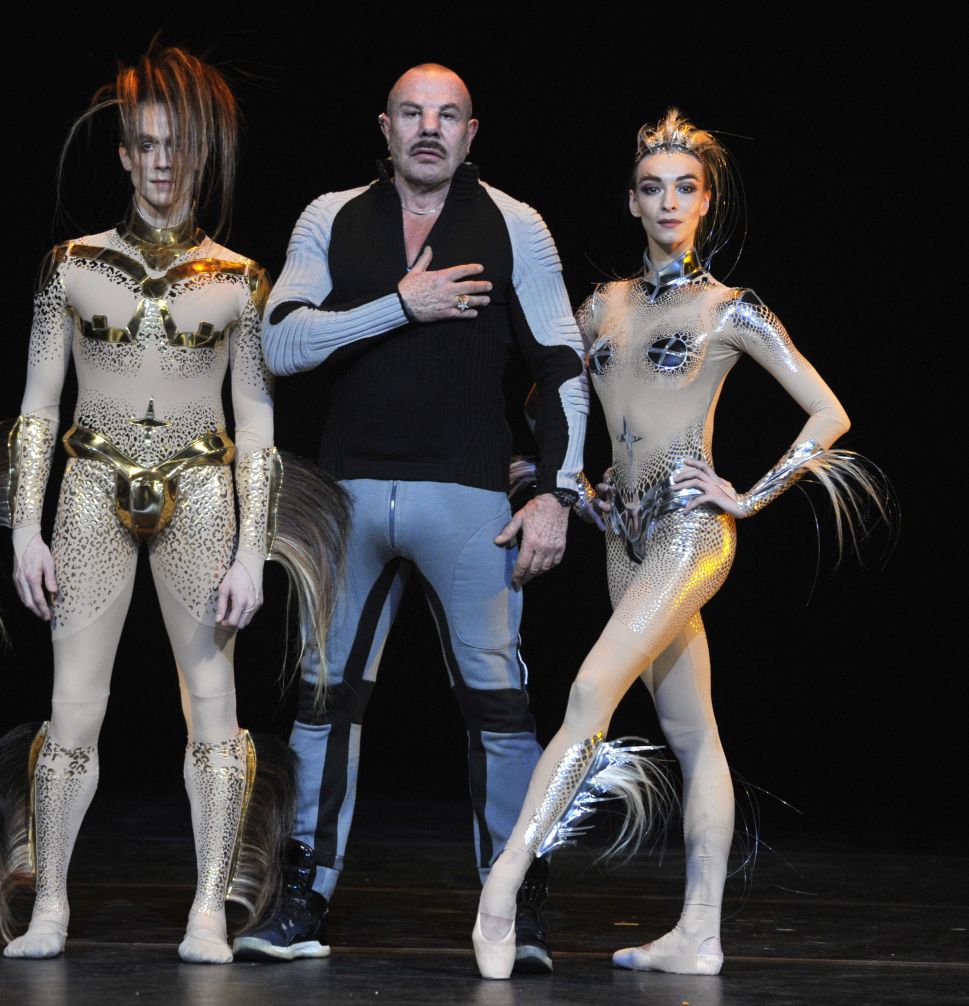