On Thursday, devoted users of Twitter (which accounts for many of the platform’s users, given its addictive qualities) were taken aback at the sight of a sudden prompt the app was feeding them: “Introducing NFT profile pictures,” the slide reads. There’s a cursory, and still-necessary, description of what an NFT actually is, since so many Internet denizens are as yet unwilling to find out. “So what does this mean?” The announcement continues. “NFT profile pictures are displayed in a special hexagonal shape. To choose an NFT as your profile picture you must connect to your crypto wallet.” As dorky as I found this, I have a crypto wallet, so I decided to click through.

This brought me the next page, where it became clear I’d have to pay for Twitter Blue, the platform’s new subscription offering, to access the NFT feature. I closed the app in frustration. From the brouhaha that erupted on the timeline, it’s clear that I wasn’t the only person to balk at the prospect of NFT profile pictures. For every crypto enthusiast crowing at the victory associated with their favorite microblogging platform adopting NFTs, there seemed to be 500 others lamenting the development in no uncertain terms.

blocking everyone with an nft profile pic call that the blockchain pic.twitter.com/cDrfP9LQFA

in light of twitter dropping NFT profile pictures feel free to use this as you please pic.twitter.com/UqodPdTqVU

There’s also, as has been the case since NFT creation and exchange really kicked into a whole new gear, the ongoing problem of artistic theft. The Twitter NFT profile picture feature was made possible through OpenSea’s API (application programming interface); OpenSea, the NFT distribution platform that was recently valued at $13.3 billion, has also frequently had to intervene in cases of token theft and resales. Additionally, last September, an OpenSea executive was accused of trading NFT assets using insider information.

I've had five pieces stolen and minted in just the last 24hrs, and @Twitter @TwitterBlue is now trying to profit by letting you pay for special NFT profile pictures. I shouldn't be surprised, Twitter has never supported artists, but god am I exhausted. pic.twitter.com/XH2xCFJb7M

Already, digital artists on Twitter are saying they’ve been stolen from in tandem with the introduction of the new feature. Artistic theft online in general has always been an issue and will continue to be one, but the NFT profile picture introduction highlights the problem in a new way. 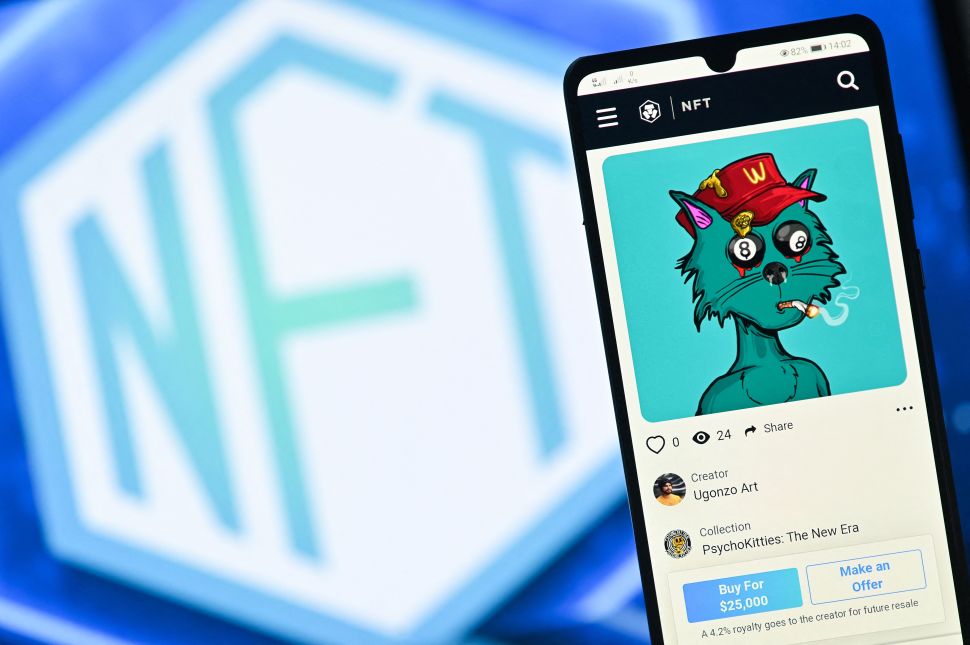