It’s an exciting week of content both new and old, with a few new iterations of old stories to boot. There’s horror, drama, comedy, and even some superhero stuff—film buffs and true crime lovers, casual TV bingers and DC fans alike all have some excellent viewing options. Suffice to say, there’s something for everyone.

For true-crime podcast listeners and horror fans alike, new series Archive 81 should be a brilliant binge. Adapted from the podcast of the same name, Archive 81 follows two distinct but intertwined storylines: on one side is Dan, an archivist and curator who’s an expert at restoring damaged film, and on the other is Melody, a sociology student who’s recorded her experience at an off-putting apartment complex. Dan gets hired to investigate Melody’s strange documentaries by an even stranger man, and the mysteries begin to snowball from there. Archive 81 premieres Friday, January 14th.

If you’ve already seen Licorice Pizza and are in desperate need of another Paul Thomas Anderson fix, then have no fear: Phantom Thread is streaming. This fraught film is perhaps best known as method-actor extraordinaire Daniel Day-Lewis’s final performance, but there’s far more to it than his (superb) turn as fashion designer Reynolds Woodcock. The movie chronicles the increasingly tense and complex relationships between Reynolds, his muse Alma, and his exacting sister Cyril. It’s one of the most fascinating dramas in recent memory, and it should absolutely be on your watchlist. Phantom Thread begins streaming on Sunday, January 16th.

How I Met Your Father

It’s sitcom season! And, unlike another recent comedy series, this one features Kim Cattrall! How I Met Your Father promises to follow the same general format as its predecessor, How I Met Your Mother, with Hilary Duff leading an ensemble of 30-somethings as they navigate their love lives and ever-changing career paths. With showrunners from This Is Us at the helm and HIMYM director Pamela Fryman behind the pilot, it’s a series designed to appeal to fans both new and old. The first two episodes of How I Met Your Father premiere Tuesday, January 8th.

For a fresh take on late night comedy, try the whip-smart dramedy Late Night. Written by Mindy Kaling – a comedy queen who’s brought shows like Never Have I Ever and The Sex Lives of College Girls to the small screen – and starring her with the venerable Emma Thompson, this film made waves during its premiere at the 2019 Sundance Film Festival for its relevance and its wit. Unfortunately, it didn’t make the same impact in theaters and seems to have been forgotten at large, which is simply criminal. Late Night looks at the double standards women (both white and of color) face in the entertainment industry, lampooning the notion of comedy being a boy’s club. Late Night is available to stream now.

John Cena has proven himself to be quite the comedic actor in recent years, with performances like his bit part in Trainwreck and his leading role in (the tragically under-loved) Blockers showing the wrestler has far more up his sleeves than an abundance of muscles. After introducing the semi-superhero Peacemaker last year in James Gunn’s The Suicide Squad, Cena has been promoted to series headliner. Gunn writes and directs the action-comedy show, making it one of the raunchier, gorier offerings of late—especially for the superhero genre. The first three episodes of Peacemaker premiered earlier this week, with new episodes arriving Thursdays.

If you’re looking for a show that’s like Succession but set in the slimy, stupid world of televangelism, then Season 2 of The Righteous Gemstones will be the perfect fit. The lives of the rich and religious are embodied by the Gemstone family, led by patriarch Eli (played by perennially excellent John Goodman) and filled out by siblings played by Danny McBride, Adam Devine, and Edi Patterson. Although an ostensibly godly bunch, the Gemstones are devilishly selfish—and trust us, that’s half the fun of the series. The first two episodes of The Righteous Gemstones Season 2 are available now, with new episodes premiering Sundays.

The Tragedy of Macbeth

A new stark take on Shakespeare’s Scottish play arrives on streaming this week. Joel Coen directs an all-star cast in this highly artistic adaptation of The Tragedy of Macbeth, with Oscar winners Denzel Washington and Frances McDormand portraying the infamous titular couple. The whole thing plays out like a horror movie, dramatically shot in black and white with its eerie set design as a focal point, along with the hair-raising performance of actress Kathryn Hunter as the three witches. It’s a fantastic blend of old and new, mixing the Bard with staggering cinematic technique. The Tragedy of Macbeth premieres Friday, January 14th. 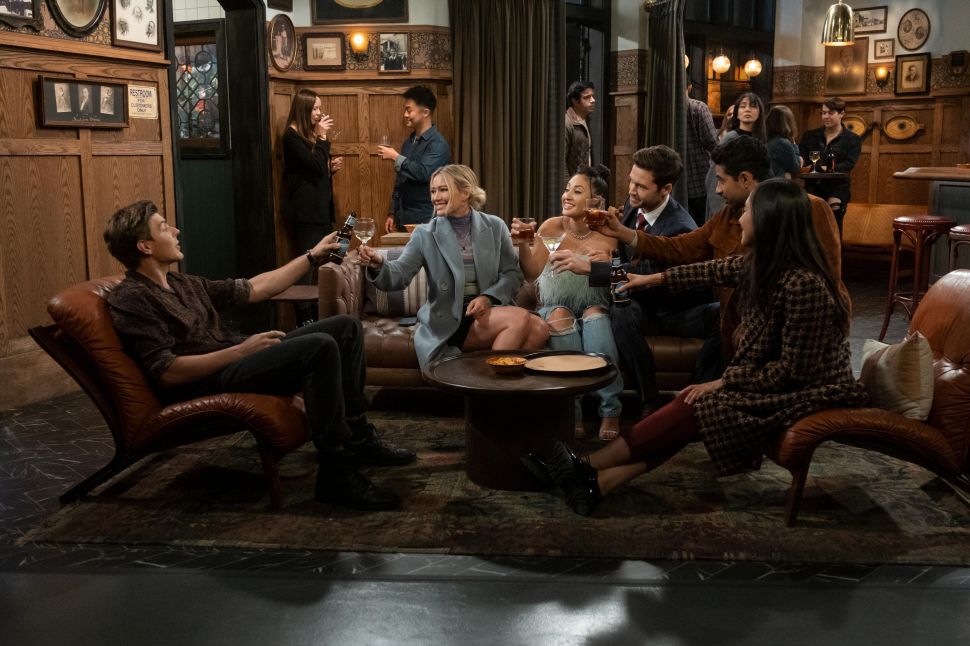