There’s quite a variety of content to stream this week, from several new series to a final season, plus some new movies for good measure. Historical dramas have inexplicably taken up half of this list, but that hardly means that this week’s offerings are old and stuffy—there’s plenty of new and exciting things to watch!

Munich – The Edge of War

This spy thriller situates itself at the cusp of World War II, blending historical fact with nail-biting fiction. Set during the tense negotiations of the 1938 Munich Agreement, the film follows Hugh, a British civil servant, and Paul, a German diplomat, two old friends who find themselves at the heart of Europe’s mounting political conflicts. While Hitler’s Germany outwardly promises peace with the agreement, Paul and Hugh uncover the Third Reich’s desire for conquest. This pre-war movie places knowledge as the sole source of power, making the German secret all the more threatening to its protagonists. Munich – The Edge of War premieres Friday, January 21st.

Netflix’s premier crime drama returns for its fourth and final season this week—at least, for Part 1 of its fourth and final season. Ozark continues its descent into darkness as problematic power couple Marty and Wendy Byrde collaborate with the cartel more closely than ever, while up-and-coming crime lord Ruth is forced to pivot to a new illicit venture. The show remains anchored by its trio of incredible performances, with Jason Bateman’s ineffable smarm, Laura Linney’s sharp pragmatism, and two-time Emmy winner Julia Garner’s unending drive. It’s the beginning of the end in more ways than one. Ozark   Season 4, Part 1 premieres Friday, January 21st.

For a wonderfully wintry cinematic escape, try tuning into Martin Scorsese’s Hugo. This charming story champions the sentimentality of childhood and the movies of days gone by, as the titular Hugo ventures around 1930s Paris looking for answers about his father and the mysterious filmmaker Georges Méliès (a real-life pioneer of the form). Despite Scorsese’s reputation as a director of all things gangster and hypermasculine, this 2011 gem tells a sweet, fantastical tale about family and movie magic. It’s a feast for the eyes, and few films have as much heart. Hugo will be available to stream until January 31st.

As We See It

In many discussions about representation, whether they be shared in person or examined on screen, neurodivergence is often left out of the conversation. As We See It seeks to remedy that. This new dramedy revolves around the lives of roommates Jack, Harrison, and Violet as they navigate their adulthood on the autism spectrum. The three leads are all played by autistic actors, and showrunner Jason Katims is drawing on his own experience as a parent of an autistic child. It’s a great step forward in representing neurodivergence on screen, and it’ll be a great watch anyway. As We See It premieres Friday, January 21st.

Acclaimed Iranian filmmaker Asghar Farhadi returned last year with another sensational movie in the form of A Hero. The film follows Rahim, a man sent to debtors’ prison in the city of Shiraz, on a two-day leave from his confinement. In his 48 hours of freedom, Rahim works with his fiancée and brother-in-law to find a way to pay back his debts. When their plan crumbles because of Rahim’s conscience, things get more complicated and Rahim faces mounting consequences. Like Farhadi’s previous films, A Hero tells a story about a man and his family doing their best, even if their best isn’t the right thing. A Hero premieres Friday, January 21st.

Big news for fans of Downton Abbey: we’re getting an American version this week! Created by Julian Fellowes, the mastermind behind the beloved British period drama, The Gilded Age chronicles the lives of its sprawling ensemble in 1880s New York City. There are old-money socialites at odds with new-money robber barons, ingenues mixed with the newly educated, all played by tremendous television and stage actors. Christine Baranski, Cynthia Nixon, and Carrie Coon lead the brigade, but the show also features big names like Nathan Lane and Audra McDonald—there’s plenty of talent on display in this series. The Gilded Age premieres Monday, January 24th. 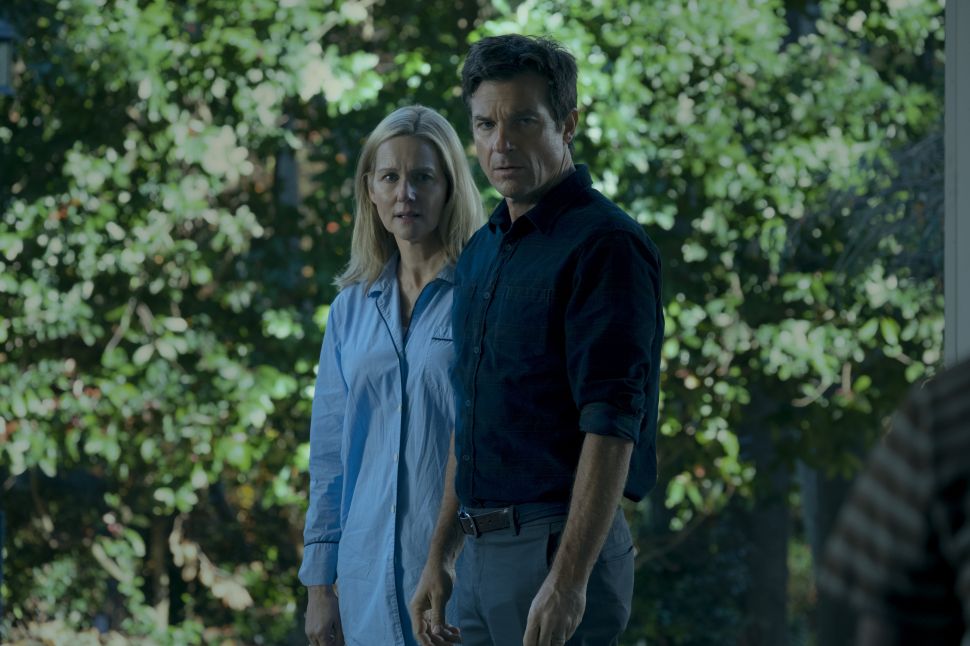