There’s quite a range of content to consume this week, with several notable season premieres and a bunch of newly released films. Everyone from Texas cheerleaders to Ben Affleck, dancing hopefuls to a German robot love interest are getting their fair share of screen time, along with a shoutout here. Read on for this week’s top streaming picks.

Between Hawkeye, Arcane, and Dickinson, Hailee Steinfeld is having a bit of a moment across just about every streaming platform. The actress-slash-popstar has oodles of talent, something that’s been apparent since her feature debut in the Coen brothers’ 2010 movie True Grit. The 1969 John Wayne original is streaming on Paramount+, but the Coen’s version of the Western is led by a teenaged Steinfeld, who proves her worth among heavy hitters like Jeff Bridges, Matt Damon, and Josh Brolin. Take two hours to watch the young actress make a name for herself – along with a good takedown of old-fashioned Western toxic masculinity. True Grit is available to stream now.

One of Netflix’s biggest docu-series returns with a second season this week. A lot has happened in the world of Cheer and Navarro College since Season 1, including teammate firing drama, federal criminal charges brought against a member, and a competition-crushing pandemic. The second season of the extremely engrossing series promises to pick up all these pieces, and more—word is another squad (Navarro’s rival Trinity Valley) will be featured prominently, meaning even more insight into the crazy and emotional life of college cheer. Cheer Season 2 premieres Wednesday, January 12th.

Far more than “just” a comedic actress at this point, Aubrey Plaza continues to expand her claim as an indie-film badge of quality in the Sundance hit Black Bear. This trippy drama takes a highly meta look at filmmaking and relationships, as a creative escape to the lake turns into an unnerving series of arguments. Plaza—who has built her reputation on a number of just plain weird characters—is the glue that holds this strange movie together as it dabbles in less-than-realism. Black Bear will be available to stream starting Monday, January 10th.

If you’re looking for a romcom thoroughly of the internet age, then I’m Your Man is your guy. When Alma, a career-driven academic, is forced to spend three weeks with Tom—a robot programmed to be her ideal match—to write up a report/road test, she’s skeptical; really, she’s uncertain about the fact that Tom is a robot. In a world of algorithmic dating apps, the existence of Tom doesn’t end up feeling very farfetched, and the movie delivers both a sweet romance and a savvy metaphor. I’m Your Man will be available to stream on Tuesday, January 11th.

This new family drama promises a chance to explore the titularly tender side of Ben Affleck. Between recent tabloid romances with Ana de Armas and Jennifer Lopez and the gradual tanking of his career as Batman, it can be easy to forget that the two-time Oscar winner (one for writing, another for producing) is a talented actor in his own right. Directed by George Clooney, another two-time Academy Award winner, The Tender Bar adapts the memoir of J.R. Moehringer, a young man who looks for a figure to replace his father by becoming a fixture in his uncle’s bar. The Tender Bar premieres Friday, January 7th.

While the realism of Euphoria may be debated (as a certified Gen Z member, I don’t quite consider it true to my high school experience. . .maybe college instead?), no one can deny how immediate its cultural impact has been. It’s the show that launched a thousand makeup looks, let the world know Zendaya was far more than a Disney Channel holdover, and introduced a new era of young adult issues to the pop culture lexicon. After a long, COVID-related delay and a few special episodes, the much-hyped second season is finally arriving. Euphoria Season 2 premieres Sunday, January 9th.

Let this be the weekend of the Magic Mike Cinematic Universe, because HBO has got you covered. Or maybe that’s uncovered. Not only are the much-loved Magic Mike and Magic Mike XXL available to stream this month, but you can also binge last month’s reality series Finding Magic Mike. The competition show revolves around 10 men who have “lost their magic” competing to win $100K and the opportunity to perform in Las Vegas. Suffice to say, many a strip-tease is involved. All three Magic Mike’s are available to stream now. 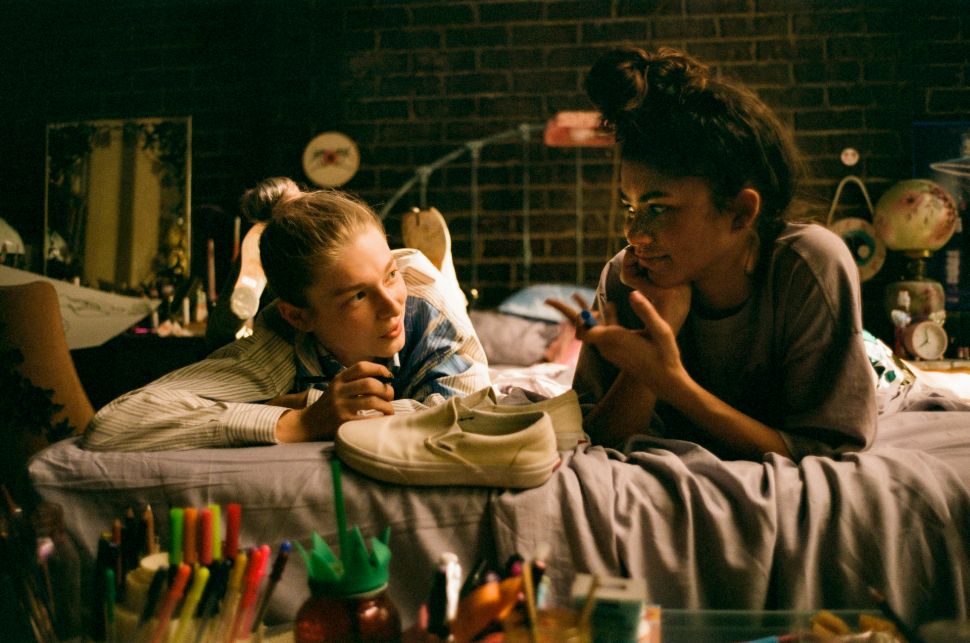