Carmen Herrera, the stunningly succinct, Cuban-American abstract painter whose work was finally recognized at the tail end of her long and productive life, passed away in Manhattan over the weekend at the age of 106. Like so many other women artists whose work spanned decades, Herrera’s output was overlooked for much of her lifetime until 2004 when, at the age of 89, Herrera’s work was featured in an exhibition at the Tribeca Latin Collector Gallery and finally began to take off on the market. As the international press took notice and began interviewing Herrera about her extraordinary life, she shared anecdotes that illustrated just how much she had been up against.

“Years ago somebody called Rose Fried had a very avant-garde gallery in New York and said she was thinking of giving me a show,” Herrera told The Guardian in 2010. “Then I went back to the gallery and she said, you know, Carmen, you can paint circles around the men artists that I have but I’m not going to give you a show because you’re a woman. I felt as if someone had slapped me on the face. I felt for the first time what discrimination was. It’s a terrible thing. I just walked out. But anyhow, she’s dead now.”

Herrera’s work ended up transcending, by far, the barriers that had been placed in her way. Throughout her lifetime, she showed her work at the Salon des Réalites Nouvelles in Paris, El Museo del Barrio in East Harlem and some of her work is also owned by MoMA. Her paintings themselves were stark, colorful works that flirted with cubism and punchy minimalism, and the uniting drive behind her urge to create came from a love affair with simplicity. “I believe that I will always be in awe of the straight line, its beauty is what keeps me painting,” she was once quoted as saying. In a career that never followed a straight trajectory, Herrera turned to her art to stay the course. 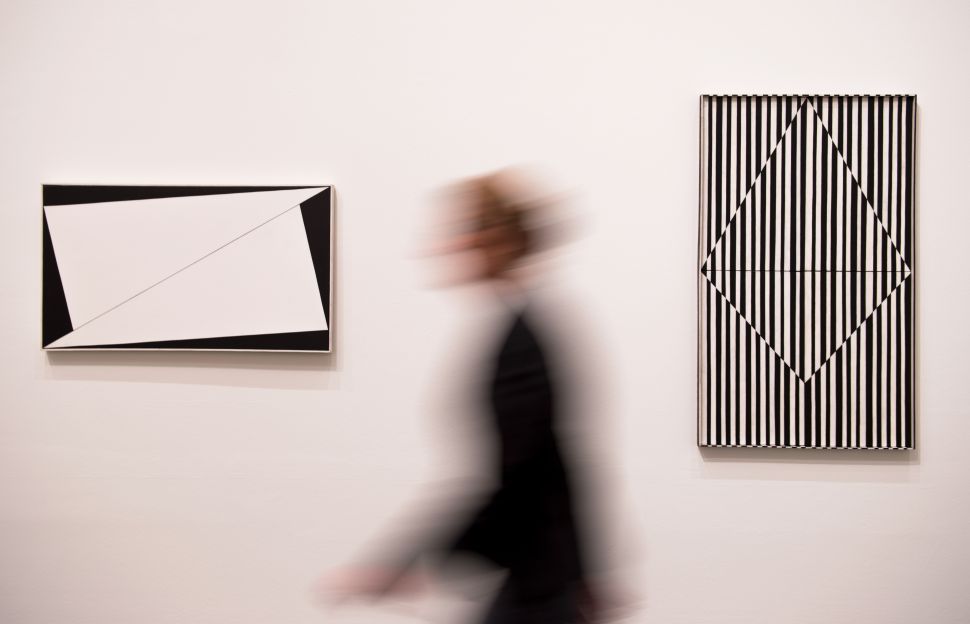