Over the course of many months, while conceptualizing “THE ALL,” his new show at Anonymous Gallery, artist, writer and musician Ross Simonini made himself laugh, every day, for 20 minutes. “I’m not doing a meditation with the laughing,” Simonini specified in an interview with Observer on Monday. “I do the laughing as I’m living and when the situation arises, but it comes out of this neural plasticity training idea. You can force yourself to laugh without any instigating factor, and just the physicality of laughing will raise your dopamine and oxytocin or serotonin. And it will get endorphins secreting so that you don’t actually need to find something fun: you just need to do the exercise.”

In such a decidedly humorless time, “THE ALL” offers a lightness in its sensibility that allows for, God forbid, cheerfulness. The paintings’ quirky, cartoonish characters trigger grins, and the pastel hues feel refreshingly faded, as though they’ve been exposed to warm sun over time. In an accompanying essay, Simonini expounds upon his generalist vision for the show and clarifies what working as a multidisciplinary artist means to him. “I’m now grateful that savant-level technique is not the only path available for art,” Simonini writes. “Many feelings can be expressed only through the hands of a novice, and many sensations are more richly expressed through a beginner’s mind.”

Observer: Could you start with how the show came together and what your inspiration for the paintings was?

Simonini: For my last three exhibitions, the process has been different from previous processes I’ve worked with. This show feels like the most realized version of that process, which uses language to make images and feelings by repeating a single phrase. And in choosing just one phrase for an entire show, I become immersed in that phrase for three to four months. I try to explore as many permutations of it as I can, in that period of time.

Would you be able to share what the phrase was?

I keep the phrase private. For me, image is the language of the subconscious, and text is the language of the conscious mind. So when I translate text into image, I am sending this idea into the subconscious. You can also call it the collective unconscious. So, if I were to speak that phrase aloud, I would be pulling it back into the conscious everyday world.

Is there also an installation at the center of the gallery show that emits a very subtle scent that you wouldn’t really be able to detect if you weren’t sort of…smelling for it?

There is a pot of soil in the center of the room that is filled with a soil that I made from my fingernail clippings during the period of making the show — and also, all of the paint dregs and paint that didn’t make it into the paintings. Instead of throwing it away, I mixed it in to the soil.

And there’s a speaker inside the soil, emitting the very quiet laugh track that I made over the period of the show. Every day, I would laugh for 20 minutes or so, and I would record it, either when painting, or driving, or walking. And I would layer these laugh tracks so that the laughter is coming out of the soil. It is over 100 tracks, all layered on top of each other — so it has the effect of soil itself laughing.

In scanning this essay, you referred to a couple things that jumped out at me right off the bat. I like that you say you never call yourself a polymath in public. Given the multiplicity of your artistic practices, it indicates to me that when people ask you, “what do you do?” you give them a whole host of answers — and all of them would lead you down conversational paths that are ultimately annoying, and boring, and fruitless because people don’t necessarily want to understand that you do a lot of different things at once, and they’re not really prepared for it.

Yes, that essay is trying to address what you’re saying: many people don’t see their work or their life as entirely about a single professional path or specialization. I’ve always felt that that there’s a resistance. The most common question people ask me is, “But what you really do?” Or “What’s the most important thing?” I think it just goes to show how people prefer to reduce things to a single idea or a single practice.

If you’re interested in more than one thing, you can always be accused of dilettantism — like, spreading yourself too thin. I also love that you refer to Helen Keller as a generalist because I feel like no one knows that she’s a leftist. Everyone I tell that to had no idea.

Yes. Looking back in history, you can see so many instances of people who saw themselves as generalists, and did so many things, and explored so many different innovative, creative paths. But really, they are only remembered for one masterwork, or one bookmarked achievement. Hildegard von Bingen was the first composer ever noted in history, but she also was a great herbalist, writer and mystic and is a wonderful example of an early generalist in our society.

What sort of practice are you feeling yourself drawn towards next or now?

I’m writing a book that is opening up the ideas in the essay in different ways. I’m very, very excited about that. I am finishing an album that uses a kind of artificial vocal synthesis. And I’d say those are my focuses. I also do a podcast for Art Review called “Subject-Object- Verb.” So, I’ll be making new episodes of that.

I would say you’re using all the hours of the day in a very Beyoncé-like manner.

Update: Transcription errors affected this interview. Changes have been for the sake of clarification. 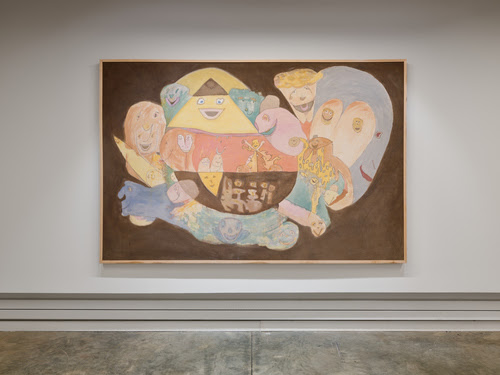