Film composer John Williams turns 90 on Feb. 8, 2022—and like his greatest works, the feeling around such an occasion is bombastic and emotional.

For the past six decades—at a time when orchestral film scoring ceded ground to rock-influenced soundtracks from The Graduate to Easy Rider—Williams penned stirring themes to some of the biggest blockbusters of all time, for directors like Steven Spielberg (they’ve collaborated on 29 films together, counting this year’s The Fabelmans), George Lucas (the entirety of the Star Wars saga) and Chris Columbus (whose slapstick Christmas comedy Home Alone was dramatically elevated by Williams’ work). And the composer shows no sign of slowing down: he’s still conducting live orchestras around the world—a set recorded in Vienna became the bestselling orchestral album of 2020—and is slated to score a fifth Indiana Jones film later this year.

To mark this momentous birthday, we’ve paired some of his most recognizable themes—the ones you can hum as you read about them—with lesser-known pieces of similar aesthetic or emotional impact. To quote the man himself on extending his record as the most Oscar-nominated person alive (52 noms and five wins!), these picks are “a good start” in discovering the deep bench of John Williams.

Just one Star Wars score can boggle the mind: a theme-rich hybrid of Holst, Wagner and Korngold lending gravitas to a film that’s basically Flash Gordon with laser swords. (Williams, of course, has written music for all nine main films.) But his first brush with effects-heavy blockbuster success actually lies within the disaster films of the early ‘70s. The Poseidon Adventure was the first of three such movies Williams worked on—and in some ways, they feel like a test run for the many pop epics that followed.

Director Richard Donner was so thrilled with the theme for the Christopher Reeve-led take on the Man of Steel—with a main fanfare that practically sings out “Su-per-MAN!”—that he ruined the first take, bursting into the recording studio with unbridled enthusiasm. Within a year of creating a defining theme for a classic fictional character, Williams did so for a somewhat more literary pop icon, writing the romantic, brooding score for an adaptation of Dracula starring Frank Langella as the bloodthirsty vampire.

Having spun musical gold for both Spielberg and Lucas in the ‘70s, Williams scored their first collaboration: the theme to fedora-clad adventurer Indiana Jones. (Unbelievably, Williams presented two potential themes to the filmmakers, who suggested he just use both.) Williams’ gift for musical high adventure made a surprising appearance on television with “The Mission,” a rollicking piece written (and still used!) for NBC News. (He frequently conducts it as an encore, jokingly apologizing that his shows might be keeping people out late enough they won’t be get home in time to tune in.)

By the mid-‘90s, most of the highest-grossing films of all time boasted John Williams scores—including then-all-time box-office champ Jurassic Park—and Hollywood’s commitment to established franchises means you’ll never miss his work, elevating mid-tier Jurassic sequels with that majestic theme. Incidentally, another major cultural institution bearing Williams’ stamp is unfolding as he celebrates his 90th: the composer was called to write themes for all the Olympic games between 1984 and 2002. “Summon the Heroes,” written for the 1996 summer games, is still used in commercials and bumpers on NBC to this day.

Williams’ gift for whimsical scores continued into the new millennium, when he was tapped to score the first three movies based on J.K. Rowling’s immensely popular books about young wizards. But the foundation for that blend of whimsy and action exists in Williams’ score to Hook, an ill-received blockbuster starring Robin Williams as a grown-up Peter Pan. The deeply lyrical themes transcend the film they were written for—and if they feel more hummable than usual, it’s no accident: the film was this close to being a musical. 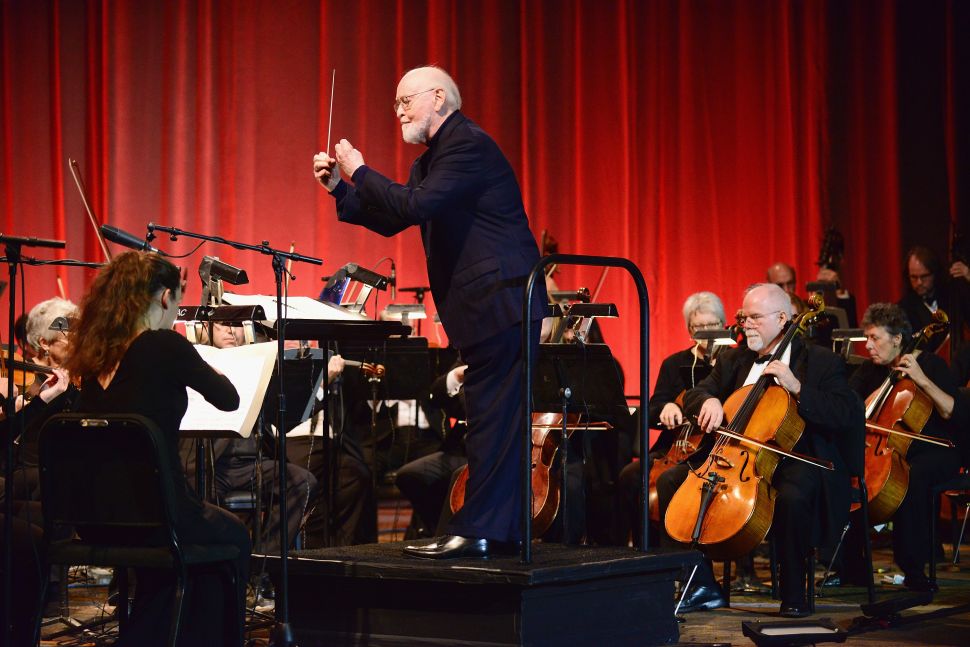