Some associates were working for below minimum wage and with no benefits. Unemployed in March of 2020, these theater workers built a solidarity network and organized to join a union.

Associate and Resident directors and choreographers have unionized with the Stage Directors and Choreographers Society (SDC), having won voluntary recognition from The Broadway League after months of organizing. They are now working on an interim agreement with The League and negotiating a date to discuss their long-term agreement.

The roles of associate and resident director and choreographer are relatively new on Broadway shows and in national tours. Executive Director of SDC, Laura Penn, told Observer that the newness of these roles had prevented associates and residents from joining the union until recently. It has only been in the last ten to twenty years that associates have been regularly employed on shows because it is only relatively recently that shows—such as Wicked, The Lion King, or The Book of Mormon—have had the kinds of extended runs that require associates to keep them going.

Associates and residents are the eyes and ears of directors and choreographers. They are the line of communication between the director and choreographer and the actors, designers, and stage managers. Once a big show opens, they maintain the quality of the show, watching it several times a week, giving notes to actors, and scheduling any extra rehearsals needed. Associates and residents are themselves directors and choreographers and are often working on their own productions outside of their jobs as associates. Being an associate on a Broadway show is considered a stepping stone to getting hired as a director or choreographer.

At the height of the Omicron surge, when scores of understudies had to take the stage after principal actors tested positive for COVID and were sent home, it was the associates who got them ready to step into new roles. Associates were putting in emergency understudy rehearsals and going into overtime, sometimes working 80 hours a week. For Katie Spelman, Associate Choreographer on Moulin Rouge and co-chair of the steering committee seeking recognition for associates and residents on Broadway and in national tours, associates were the unsung heroes of theater during the surge. For Spelman, it was associates and residents who made it possible, “To get all these people into the show last minute, to get an Elphaba from 7 years ago into the show in 3 days—and doing all of it at pretty high personal risk because people were getting sick left and right.”

There are rarely more than one or two associates hired on most big shows, and before March of 2020, when everyone in theater became unemployed at the same time, many associates didn’t know each other. According to Benjamin Klein (Associate Director of Hairspray in the West End and SDC steering committee co-chair), before the pandemic they were too busy working on shows and traveling with those shows to get on zoom calls with one another.

Some associates, like Katie Spelman, have been working towards unionization since 2015, when SDC made its first attempt to include associates and residents in their collective bargaining agreement with The Broadway League. That attempt was not successful, in part, according to Penn of SDC, because the roles were still too loosely defined. Organizing for union membership nevertheless proceeded. In the spring of 2020, associates and residents drew closer together. Initially, they acted as a support group, helping each other figure out the logistics of survival in the pandemic, such as how to apply for unemployment. Eventually, the associates started to compare notes on what their working conditions had been and how much they had been getting paid on different shows. According to Spelman, this led to the discovery that some associates were making less than minimum wage and had no healthcare, while others had benefits and made three thousand dollars a week. They made vastly different amounts doing the same job. The associates discovered that their small corner of the theater industry had no set standards.

“As the pandemic wore on and we stayed in touch with each other we found out there was a wildly disparate set of standards from show to show for these positions,” Spelman told Observer. “That made this group of people want to have a more unified voice.”

Associates and residents on some shows were able to bargain for health insurance and high wages, and others weren’t. Without a collective bargaining agreement these workers were on their own. “It’s been proven again and again that labor agreements create a kind of leveling,” Laura Penn of SDC told Observer. “That wage equality is addressed through collective bargaining.”

Some associates were working long hours during the Delta and Omicron surges, sometimes without health insurance. Benjamin Klein called having to fight for basic benefits for each and every contract, “a knock in my confidence.” “It was really hard to deal with coming into work knowing I wasn’t being treated equally,” Klein told Observer.

Theater workers who are members of IATSE, SDC, and Actors’ Equity have union wage minimums. They are guaranteed health insurance and pension contributions. They are protected from wrongful termination and included in the new COVID safety guidelines. Associates and residents were bargaining independently outside of union protections: without guidelines or minimums, they were shooting in the dark when negotiating their contracts. They could be fired without notice and were not legally roped into the new COVID rules.

Associates and residents began to formally organize with the union in the summer of 2021, as Broadway shows and national tours were about to open. In August, associates and residents on nine shows signed authorization cards, including workers on Moulin Rouge and Hadestown, and asked employers to voluntarily recognize their union. This action drew the attention of The Broadway League. In October, 47 associates on 47 shows signed a petition, at which point The League decided to create an agreement.

Associate and resident directors and choreographers are among the many caretakers of theater who have kept performances going through a dangerous and difficult period. They took the suspended time of the pandemic to build solidarity with one another and finally join SDC. Their organizing was a no-brainer for their heavily unionized industry. Nevertheless, even with so much union density in theater, their small nonunionized corner saw outrageously unequal wages. They have sealed that gap by joining SDC, and in so doing they give a good indication of why all workers in every field need a union; and why bargaining independently, while it may lift up a lucky few, more often redounds to the benefit of the employer. 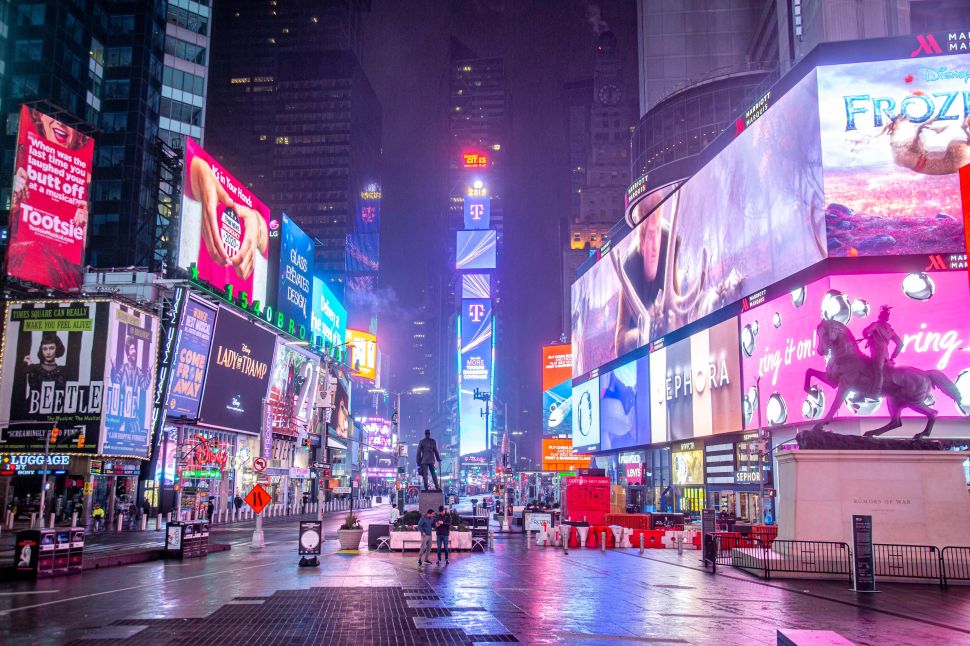