Hallelujer! Nearly three years after supposedly bidding farewell to the world in A Madea Family Funeral, Mabel “Madea” Simmons—the foul-mouthed, gun-toting grandmother played by Tyler Perry—has made her Netflix debut, offering up a new dose of belly laughs and salacious family drama while touching on a wide range of timely sociopolitical issues.

Written by, directed by, and starring Perry, A Madea Homecoming centers around a college graduation party for Madea’s great-grandson Tim (Dear White People’s Brandon Black), but the festivities quickly screech to a halt when family secrets threaten to destroy the happy homecoming. The film, which also stars acclaimed Irish actor Brendan O’Carroll as the equally foul-mouthed matriarch Agnes Brown, is the first in the franchise to feature an LGBTQ+ storyline—something that Black didn’t realize when he was auditioning for his first feature film.

“I did the audition with one of my best friends, and I sent [the audition tape] off and I forgot about it, because that’s generally my process,” Black told Observer. A month later, “my agent calls me on a Saturday and was like, ‘Hey, you booked that Madea movie,’ and I’m like, ‘What Madea movie?!’ Because it was just called Untitled Tyler Perry Project when I auditioned, and Madea wasn’t in the script or anything. I had no idea until they told me on the phone, and the next thing I knew, I was off to Atlanta to shoot it [a month later]. So that was a huge surprise to me.”

In a recent Zoom interview, Black spoke about the eye-opening experience of working with Perry, the film’s overarching theme of acceptance, and the importance of telling rich and diverse stories centering on Black and queer characters.

[Note: This interview contains spoilers for A Madea Homecoming.]

Observer: Madea has been a cultural touchstone for the better part of the last two decades. What was your first exposure to this character? Had you seen any of the other films in the Madea cinematic universe, otherwise known as the MCU?

Brandon Black: I know there is a whole MCU, right? [Laughs.] Diary of a Mad Black Woman—I remember my mom watching that over and over and over, and she would talk about it all the time. That was probably my first experience with Tyler Perry. I also knew a bit about [Perry’s Madea] plays because people would be talking about them. I feel like they had bootlegs of the recordings that they were selling at the barber shop, like way back. So it’s been a long time coming between hearing about this person on the rise and me being a kid, to now face-to-face with him in a scene acting. It’s wild.

Tyler Perry has this uncanny ability to wear so many hats as an actor, writer, producer and director. As you reflect on this experience, what is your fondest memory of working with him? What sets him apart from all of the other creatives that you’ve worked with in the past?

That’s a good question. We flew in and we had to quarantine for a little while, and then we went to set to shoot. The first day we get there, he’s in the middle of a bunch of stuff, he’s in the wig, he’s in the full outfit. So think about it: This is Madea, someone we’ve all seen so many times, and now I’m in the flesh, feet away from Madea as Tyler Perry’s doing what a director does—working, saying things, doing things. And then he turns around and he thanks us for being there. And me and Isha [Blaaker], who plays Davi, my best friend, we just both laugh, like, “Thank you for having us here.” And then he says, “Did you all have a tour?” And I was like, “What?” I guess I was just surprised by someone that busy, with that many hats, still being that hospitable.

Normally [as] an actor, you’re away in your trailer and someone brings you out and puts you on an X, and then you’re just there doing things. You don’t always get a chance to even talk to the people that you’re about to be working with, so that already set him apart. And then, yes, of course, watching someone multitask for hours. He’s there well before I get to set, he’s there after I leave set, and he drives himself—it’s crazy to think about how much he has to do and he gets it all done ahead of schedule. It was wild.

Your character, Tim, arrives at his college graduation party expecting to reveal a big secret to the rest of his family. But instead, he is the one who is blindsided by not one but two family secrets. How would you describe his evolution?

Right, yeah, my dad [played by Amani Atkinson] quite literally takes the spotlight away from me when I’m up there trying to present this information to my family. His scandal comes out, and then my mom [played by Gabrielle Dennis]’s scandal comes out. So I think in terms of an evolution, it’s like, I have to come out to my family, then come out to this whole huge audience as part of my [valedictorian] speech, and I’ve got to accept that my best friend is with my mom and my dad is doing wild things with this new girl, and it’s like, “Okay, the message is acceptance. And Tim, it’s not just to give; you have to also accept this for yourself too. You’re expecting them to accept you; you have to accept them.” And it was definitely difficult ’cause it’s like, as a person, you have to wrap your brain around… My best friend, who’s my age, is with my mom, who’s a young, hot mom, but… damn. But he has to get there and at the very end, at the graduation, he does, but it’s not easy.

With your role as Tim, you have played the first openly gay character in Madea history. But I thought it was an interesting, and frankly refreshing, twist to have this dysfunctional family come together and say they’ve known all along and were just waiting for Tim to come out on his own timeline—and that they didn’t love him any less. What does it mean to you to make history in the Madea universe and to play a queer storyline doesn’t have to do with the trauma of coming out?

Yes, I keep talking about how I want to see more gay stories, and not all of them are gonna be these tragic, dark, shameful stories. Some of them are—I certainly don’t want to act like that’s not prevalent ’cause it is—but also, you want people to see that it’s not just that. Just like with Black stories, it’s like we don’t always need to be showing [trauma]. Sometimes, you want to see a successful, dope Black businessman, like Tyler Perry, right? So same with Tim.

The reason why it was important to me was that this was a way I could do what I keep saying I want to see. And as an actor, you don’t get a lot of control over what you’re sent as material to audition for and book. So the fact that this happened just perfectly lines up with something I’ve been saying over and over again is just like, “I have to do it. It made too much sense.”

As this notion of representation continues to evolve in Hollywood, how would you like to continue moving the needle forward creatively? Why is it so important to you to tell rich and diverse stories centering on Black and queer characters?

For me, it’s twofold. I want to book some straight parts, and I want you to see an out gay Black man playing straight roles the way you see straight men playing gay roles. Let’s even that up a little bit. And then the other thing is, I really want to see more gay roles in [different] genres. You don’t really see a leading gay character in a psychological thriller—you see it in some foreign gay films, but in terms of mass-produced, studio-backed big films or television shows… Like imagine if you saw like Archive 81, which is a really cool show, but what if he was gay though? Same thing, same stories, same everything, but he was gay. It does change things a little bit, and I would just be interested to see what that would be like.

That’s the kind of stuff I’m hoping exists more in the future, and there’s a lot of gay Black actors that are on the rise right now, and I’m so excited to be part of that swell, and I hope that this movie helps that even further. And I guess going forward, let’s see some roles [where] you’ve already auditioned a bunch of straight people and you were like, “Uh, let’s try this,” the same way they say, “Let’s make him Asian.” Like, they randomly just change stuff sometimes ’cause they need diversity. Let’s do that here too. Like your leading character, he’s gay, and then what does that mean for everything else?

This is the 12th film in the Madea franchise, and knowing Tyler Perry, he could have more Madea films in the works for years to come. So, if you happen to return as Tim in the future, what kinds of storylines would you like to explore with him?

Ooh, man, that’s a good question! Well, if we were continuing Tim’s story, I would love to see Tim exist in a different genre. Let’s see him in a How to Get Away With Murder type show. He’s gonna go be a law student, so what is it like seeing him become a law student and navigating that arena? So same character, same stories from his past, but now kind of with a different lens. I think that would be exciting.

And I would love to see Isha Blaaker come back and play Davi again, because I think there’s more to talk about in terms of that co-dependent friendship that now has to suddenly break and change. I would love to get into that because I think that that is something that occurs very often, and we don’t really talk about it ’cause it’s kind of confusing. He definitely is straight, but there’s still something different about their friendship than two straight guys being friends, you know? Let’s get into it. Let’s talk about it.

We definitely need to talk about it, and I think it would be hysterical to have Madea exist in a How to Get Away With Murder-esque universe.

I would love that too. That would be hilarious if she’s the teacher just like Viola Davis. My goodness! [Laughs.]

A Madea Homecoming is now streaming on Netflix. 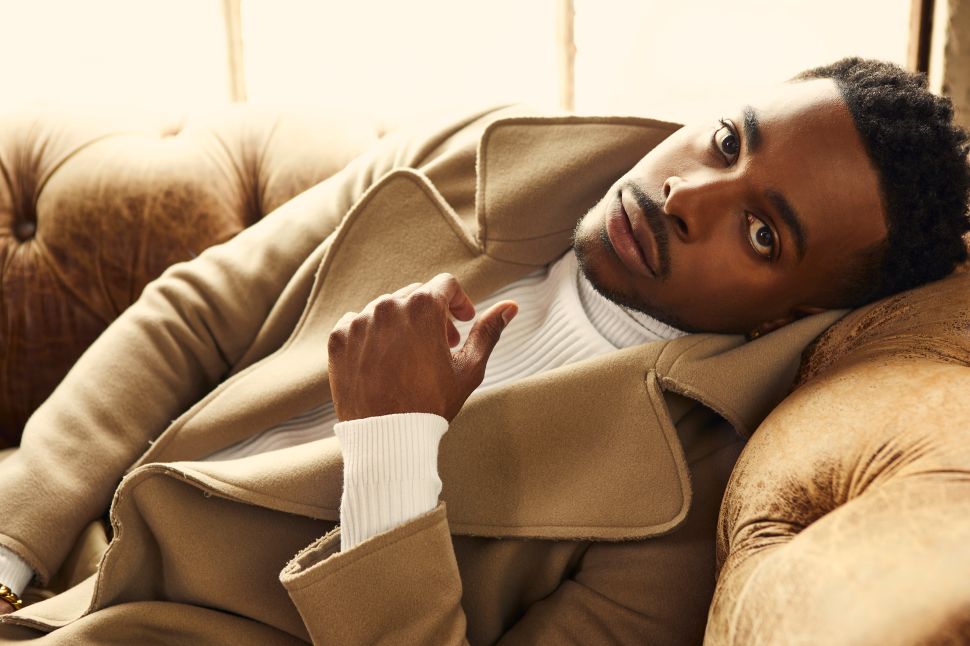