Since a statue of slave trader Edward Colston was ripped down by demonstrators at the height of the George Floyd protests in 2020, there’s been an ongoing civic debate over what should be done with it; it seems that debate has come to a conclusion. Bristol’s We Are Bristol History Commission has reportedly determined that the statue of Colston should be kept in the defaced condition it was left in after being thrown in the Bristol harbor, and that the plinth where the statue was previously displayed should instead be used occasionally as a platform for ephemeral projects. Otherwise, the commission said, the plinth should be left empty as a reminder of what happened to the Colston statue.

The mayor of Bristol will now reportedly consider the recommendations of the commission in April. After it was initially ripped down and thrown in the harbor by jubilant protesters, the statue of Colston was quickly replaced by a statue of Black Lives Matter protester Jen Reid. However, artist Marc Quinn didn’t have permission from the city to install his work there, so the statue was just as quickly taken down by Bristol mayor Marvin Rees. Since then, the Colston statue has been displayed at the M Shed museum alongside other artifacts from the 2020 Bristol protests, and Bristol citizens have weighed in passionately on what the statue’s fate should be.

Bristol protesters were also facing incarceration for ripping down the statue. In January, after the protesters in the case against them conceded that they had participated in tearing down the statue but that their actions were motivated by antiracism, the four defendants were found not guilty in Bristol crown court.

“The commission’s report shows what we’ve always known: Bristolians have a strong, uniting belief in social justice, which means most people support the toppling of Colston’s statue,” Katie Finnegan-Clarke, co-founder of the Countering Colston campaign, told the Guardian. “We hope Marvin will take this report as a green light to push for a permanent memorial for enslaved Africans in Bristol.” 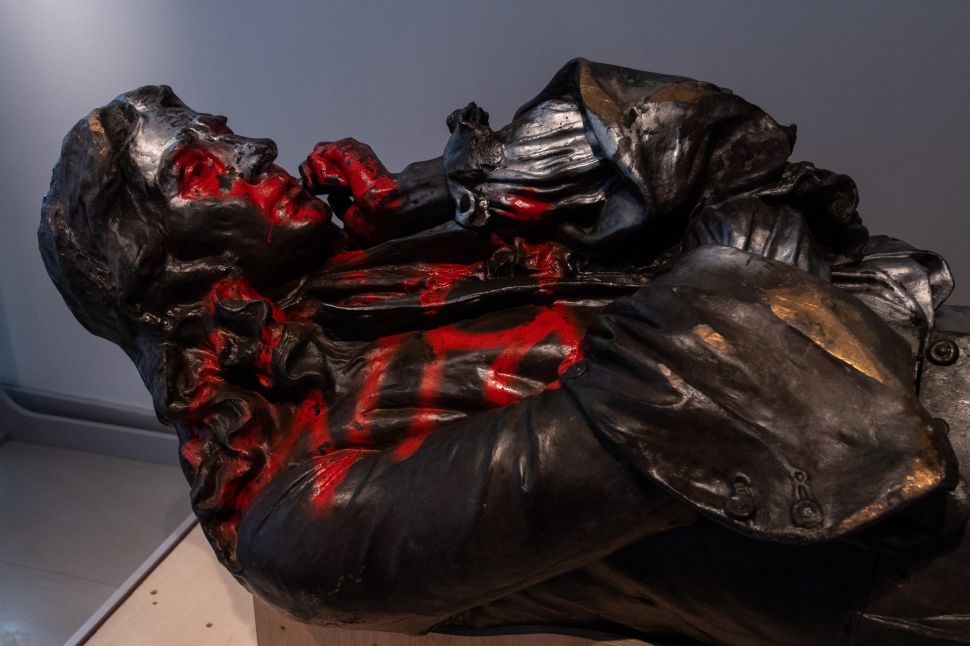