Death on the Nile is based on the 1937 novel of the same name by Christie, with a screenplay by Michael Green, and under Branagh it takes on a stylish sheen. It’s the pacing and the visual language that are most interesting, despite the stacked cast, and there are some notable correlations between this and Belfast, which Branagh made shortly after Death on the Nile (and which was recently nominated for six Oscars). The film opens with a black and white sequence set during World War I, where the backstory for Branagh’s Poirot is expanded (we learn why he dons his famous mustache). The carefully articulated shots from cinematographer Haris Zambarloukos have the same dramatic, artful impact as those he created in Belfast—almost as if this sequence gave Branagh and his DP an opportunity to try things out before making an entire black and white film.

Despite its flashy trailers, Death on the Nile is also a slow build. The titular murder comes over an hour into the film, which means that the majority of the story isn’t about Poirot solving a murder. Branagh manifests a sense of palpable tension in the first half of the movie, aided by Patrick Doyle’s foreboding score. The audiences keeps waiting for something bad to happen, but by the time it actually does more interesting themes have emerged. At its core, Death on the Nile is a tale about money and love, and the extremes people will go to for both. Of course, it’s fun to watch Poirot interrogate his suspects, scenes which Branagh plays with energized verve, and there are some flashy moments. But Branagh seems more interested in investigating why people behave the way they do than in who committed the murder.

On the surface, the set up is simple: a group of guests board the Karnak, a river ship, to celebrate the recent nuptials of Linnet Ridgeway-Doyle (Gadot) and Simon Doyle (Hammer) with a cruise down the Nile. The year is 1937 and money is no object for Linnet, who, at one point, threatens to buy Egypt if she doesn’t get her way. In addition to Poirot, the passengers include Linnet’s former fiancé Linus Windlesham (Brand), American blues singer Salome Otterbourne (a magnificent Sophie Okonedo), and Jacqueline de Bellefort (Emma Mackey), Simon’s former lover who is stalking the newly weds on their honeymoon. There are, of course, a lot of secrets between the guests, who all lend themselves easily to suspicion.

The murder victim is best left unnamed to avoid spoilers (although it’s someone the audience may not be terribly sad to see go), and by the end of the film the body count numbers five. There are some clever twists along the way and the final reveal, like in Murder on the Orient Express, arrives with dramatic flair. In the end, viewers may find themselves questioning, as Poirot does throughout the story, whether love is worth all that drama.

The film is not without its downsides, namely Hammer, who plays a starring role. The sexual assault allegations against the actor are among the reasons Death on the Nile was delayed, and while Disney doesn’t seem to have edited him out of the film in any capacity, it’s difficult to separate his onscreen portrayal from his public one. At one point a character refers to Simon as “the engorged stallion,” an unfortunate phrase when connected to the list of allegations made about the actor last year. In all fairness, though, Hammer is likeable in the role and when surrounded by such a strong cast his presence here doesn’t feel overtly problematic.

What does feel problematic is the depiction of Egypt, showcased in the film through a glossy, colonized viewpoint. The ship sails down the Nile with its rich, champagne-guzzling passengers on board and Branagh intercuts shots of Egyptians on the river’s banks, working or farming. Death on the Nile was not filmed in Egypt; the filmmakers used a studio in England and locations in Morocco to recreate iconic sites like the Temple of Abu Simbel. Here, the country is a pretty setting for a murder rather than an actual place. Of course, it’s possible that this was intentional on Branagh’s part—another way of examining the issues that accompany having too much wealth.

It’s too bad Death on the Nile was delayed for so long. The film leaves the viewer hoping for more Poirot murder mysteries, especially if they embrace the stylish tone and carefully paced burn of this one. It’s solidly entertaining all the way through, and Branagh clearly enjoyed making it—a sentiment that translates to the screen. There’s an old-fashioned panache to the film that just works, offering viewers an undeniably enjoyable journey. 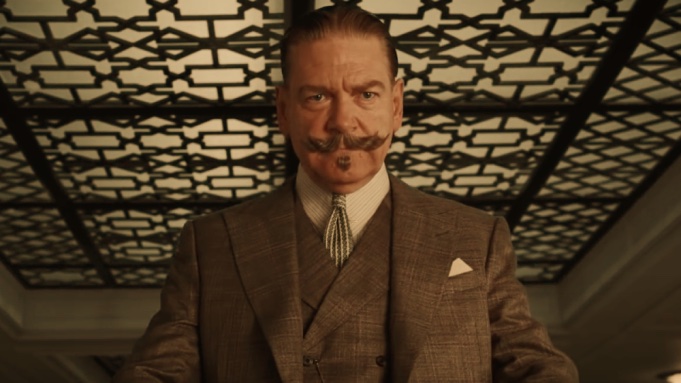