A doctors group has filed a complaint with the U.S. Department of Agriculture, alleging that Elon Musk’s brain-computer interface company Neuralink and its research partners at the University of California Davis had violated the Animal Welfare Act (AWA) during experiments of Neuralink’s brain implant with 23 monkeys between 2018 and 2020.

The Physicians Committee for Responsible Medicine (PCRM), a Washington D.C.-based nonprofit with more than 17,000 medical professional members, filed the complaint on Thursday, urging the USDA’s Animal and Plant Health Inspection Service to investigate the experiments, which were conducted at UC Davis’ California National Primate Research Center from early 2018 to late 2020.

In a copy of the complaint seen by Observer, PCRM alleged that many of the monkeys used in the Neuralink study “experienced extreme suffering as a result of inadequate animal care and the highly invasive experimental head implants during the experiments.”

Neuralink’s brain implant procedure involves drilling a small hole in an animal’s skull and inserting a coin-sized wireless chip in a specific area of the brain.

“These highly invasive implants and their associated hardware, which are inserted in the brain after drilling holes in the animals’ skulls, have produced recurring infections in the animals, significantly compromising their health, as well as the integrity of the research,” PCRM said in the complaint, citing evidence in experiment protocols and veterinary records it had obtained from UC Davis under California’s open records law.

“I have a lot of skepticism about that whole video,” Jeremy Beckham, PCRM’s research advocacy coordinator who authored the complaint, told Observer. “The records we have from UC Davis indicate that all the monkeys who had hardware put in their heads suffered from really serious debilitated conditions—their implants got infected; several had seizures; a few of them died within a few days…But Pager in the YouTube video seemed like a pretty healthy monkey.”

“Also, the hardware described in the animal use protocol includes what’s called a ‘pillbox’ connector that goes on the top of a monkey’s head. None of that is shown in the YouTube video,” he added.

Documents obtained by PCRM indicated that 16 of the 23 monkeys used in the study got brain implants. The other seven “surgically naive” monkeys were shipped from the UC Davis facility to Neuralink in November 2020, two months after PCRM submitted an open records request to the university for information related to the study.

Neuralink hasn’t responded to an Observer inquiry for comment. In the YouTube video, posted on April 8, 2021, a narrator said Pager got the implant six weeks prior to the demo.

Also on Thursday, PCRM filed a lawsuit against UC Davis in the California Superior Court of Yolo County, requesting that the court issue a “Writ of Mandate” directing the university to provide photos, video footage, researcher codes, and the identification number of every monkey used in the Neuralink study.

UC Davis hasn’t responded to an Observer inquiry for comment. A university spokesperson told Fortune that the school had “fully complied with the California Public Records Act in responding to [PCRM’s] request.”

In a set of emails to PCRM in August 2021 and September 2021, according to the lawsuit, the university said it doesn’t own any of the photos or video footages related to the study because “Neuralink installed, managed, and subsequently removed all of their computing and storage systems” from the experiment facility.

Monkeys were not the first animals Neuralink experimented with. In August 2020, the company released a demo showing how its robot surgeon installed brain chips in pigs. That experiment was conducted at a private facility owned by Neuralink, making it impossible for outsiders to investigate.

“It’s really hard to peek inside and see what’s going on. All of their data is proprietary until they submit something for FDA approval. And they’ve never submitted anything for FDA approval,” Beckham said. “That’s why when they partnered with UC Davis, it was a rare opportunity, because UC Davis is a public university and they are subject to certain laws that require them to be transparent.”

According to its website, one of PRCM’s missions is to phase out the use of animals in scientific research and education. Beckham said the organization, a 501(c) nonprofit, is funded mostly by its members and does not have any partisan affiliations. 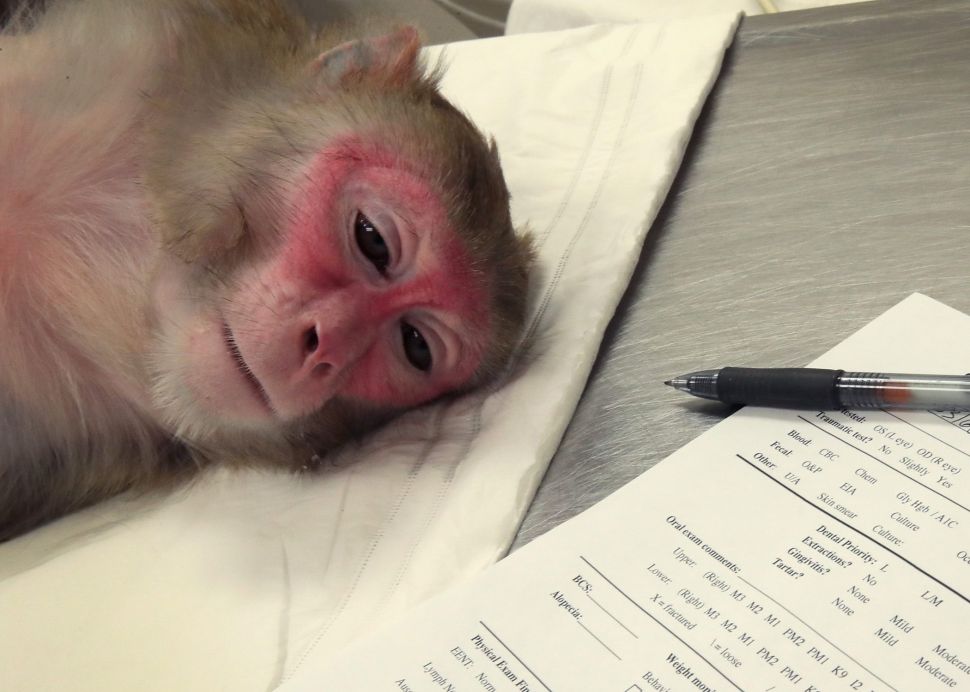