Elon Musk’s three-year-plus-long legal spat with the Securities and Exchange Commission (SEC) is back in the news again. This time, the Tesla CEO is accusing the financial regulator of leaking information about an ongoing investigation as a form of retaliation against him for publicly criticizing the SEC in the past.

In a letter to U.S. District Judge Alison Nathan on Monday, first reported by CNBC, Musk’s attorney Alex Spiro alleged that the SEC “is out to retaliate against my clients for exercising their First Amendment rights—most recently by criticizing the Commission on the public docket and by petitioning this Court for relief.”

Strangely, Musk’s lawyer didn’t specify which investigation he was referring to or what kind of information was leaked and to whom. Tesla didn’t respond to an Observer inquiry asking for answers to these questions. The SEC declined to provide details about Musk’s complaint.

What we know is that the conflict between the SEC and Musk and Tesla dates back to September 2018, after the Tesla CEO tweeted that he had secured the funding needed to take Tesla private at $420 a share, a significant premium over Tesla’s stock price at the time. The tweet, to no surprise, sent Tesla shares seesawing in the following days, which prompted the SEC to look into whether the action constituted securities fraud.

Later that month, the SEC sued Tesla and charged the CEO with making “false and misleading” statements to investors. The case settled within a week with Musk and Tesla agreeing to each pay a $20 million fine to the SEC to cover some investors’ losses. In addition, Musk agreed to relinquish his role as Tesla’s board chairman and never tweet sensitive business information on a whim again.

Musk has violated that last clause repeatedly since then. In February 2019, he began freely tweeting to his 25 million followers about Model 3 production numbers, a key piece of information that had not been shared with investors (Musk disagreed) and would almost certainly cause Tesla stock to rollercoaster. The SEC protested that the action had violated their initial settlement agreement and asked a federal judge to hold Musk in contempt of court.

The judge resolved the complaint by revising the agreement, ordering Tesla to review its CEO’s public statements before they go live on Twitter or other platforms.

That didn’t seem to work. Musk continued to tweet out sensitive business information, including a post in 2019 about solar roof production numbers and his personal opinion in 2020 that Tesla stock was “too high.” The SEC’s objection to these tweets wasn’t reported until June 2021.

The agency’s probe didn’t stop there. In its annual financial filing to the SEC three weeks ago, Tesla revealed that it had received an SEC subpoena in November, seeking information about whether Musk and the company had complied with the agreement signed in 2019.

In a court filing last week, Musk’s attorney Spiro alleged that the SEC had been harassing Musk and Tesla with actions like the November subpoena and neglected their duties to remit a $40 million fine to Tesla shareholders that Tesla and Musk paid in 2018.

The SEC declined to comment on Spiro’s letter on Monday. But on Friday, the agency’s San Francisco regional director Steven Buchholz responded to Tesla’s earlier allegations regarding the $40 million remittance. He said the agency is in the process of disbursing the money to Tesla shareholders, adding that Tesla and Musk had never expressed any concern about remittance until last week’s court filing. 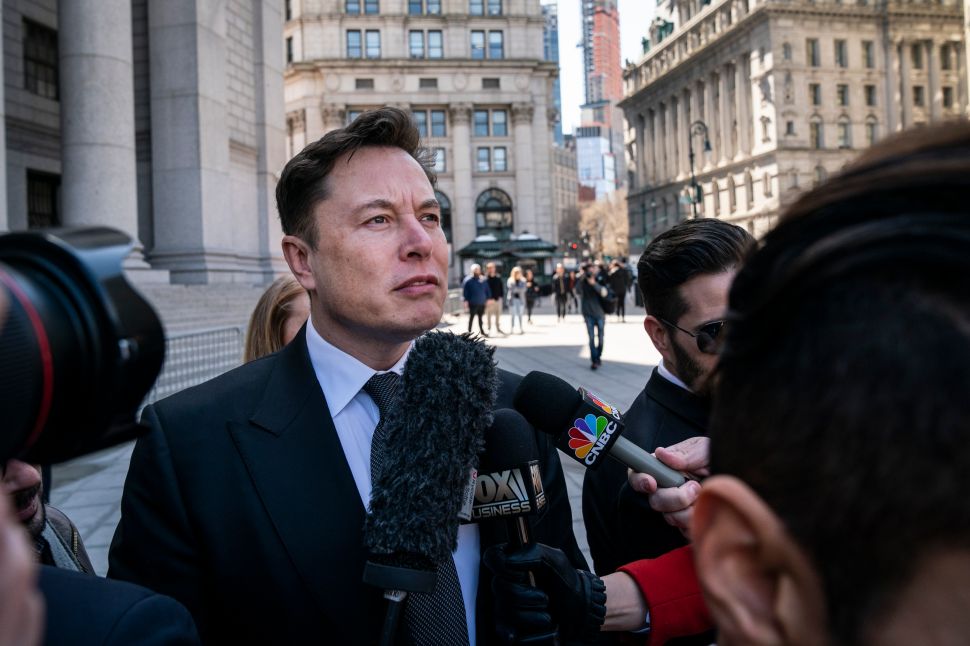