Pairing quirky indie comedy darlings Jenny Slate and Charlie Day for a rom-com should be a no-brainer. But I Want You Back, directed by Jason Orley, is neither romantic nor particularly funny. The premise seems solid: Two recently dumped people seek each other’s help winning back their exes, falling in love along the way. It sounds good on paper, but this particular onscreen execution is awkward and forced.

While many romantic leads embody an aspirational career, like architect or doctor, Peter (Charlie Day) wants to—wait for it—open his own nursing home. Currently, he works for one, while Emma (Jenny Slate) is an assistant in the same office building. The pair meet on the staircase, both broken hearted, and become fast friends. As they recount their respective breakups—Emma from Noah (Scott Eastwood) and Peter from Anne (Gina Rodriguez)—they begin to concoct a plot to reverse their single statuses. Both exes have moved on, Anne with Logan (Manny Jacinto) and Noah with Ginny (Clark Backo), and the basic idea is to make Noah and Anne realize what they’ve lost.

So far so good, right? The issues begin to emerge as the plots become more clear. Emma, a lost soul who can’t figure out what she wants to do with her life, infiltrates the school where Anne works and puts the moves on Logan, who is in charge of the school musical. How an adult woman walks into a high school and starts hanging out with students is never addressed. Instead, most of Slate’s plot line involves her trying to have a threesome with Logan and Anne because that will apparently make Anne realize how traditional she really is and send her running back to Peter.

Meanwhile, Peter hires Noah as his trainer and they become pals. They find themselves in some strange circumstances, like taking drugs with high school girls (what is going on with the underage subplots, here?), and Peter tries to convince Noah that Ginny isn’t the one for him. None of the couples have any real chemistry, including Emma and Peter, so it’s difficult to root for anyone. Mostly you’re just left wondering why none of these characters are getting the therapy they so badly need.

Rom-coms often embrace bizarre subplots, but those in I Want You Back just don’t work. Instead of watching our two leads fumble through their break-ups together, we’re forced to watch separate storylines, so by the time they inevitably acknowledge their mutual affection it has all the spark of a wet firecracker. These failings aren’t the fault of the actors, who give their best to the limited scope of the script. Day and Slate are both unparalleled comedic actors and Slate especially has proven herself adept at the indie rom-com—both deserve better.

The film was written by Isaac Aptaker and Elizabeth Berger, former co-showrunners of This Is Us and Love, Victor, and current showrunners on reboot How I Met Your Father. They are no strangers to penning compelling romance and comedy, so it’s unclear what happened here. And I Want You Back isn’t even terrible. Worse: It’s fine. It’s the sort of thing you watch on a lazy Sunday afternoon when you can’t find anything else on streaming. It’s perfect for an overnight flight when you think you might doze off. It’s mildly entertaining with a likeable cast. And when it ends, it’s a relationship you’ll move on from quickly. 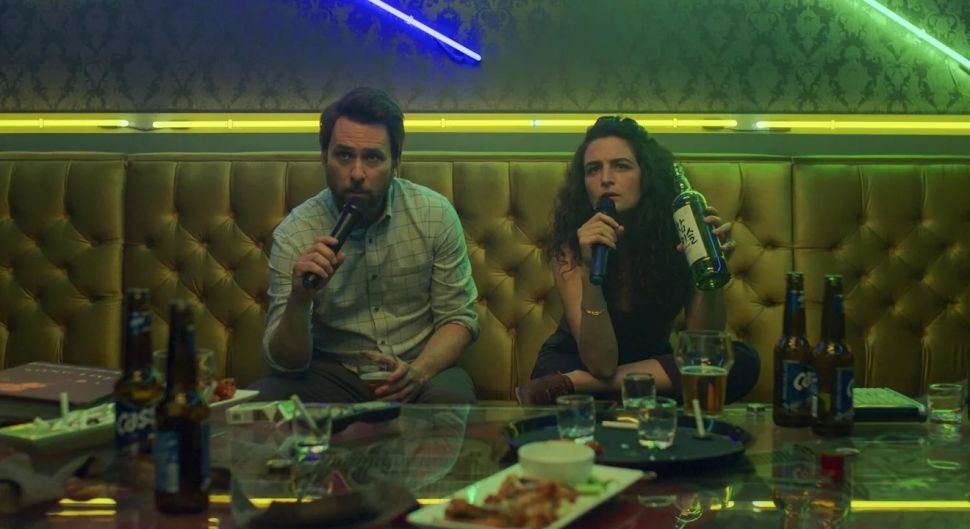